The Yarra Yarra near Melbourne.

In 1837 London authorities established a system of ‘Protectors’ to work in the settlement on Port Phillip Bay; at that time part of the colony of New South Wales. Their task was to protect the rights of the native population from the aggressive acts of white men who were expanding into traditional tribal territories. George Augustus Robinson was appointed Chief Protector of the Aborigines supported by four assistants. William Thomas was one of the four. His area of responsibility was Westernport but initially he remained in Melbourne to assist Robinson in managing the large number of aboriginals camping there.

When Thomas visited the Aboriginal camps on both sides of the Yarra River he was appalled at their condition. Several men had already died from dysentery and venereal disease brought to the colony by white men. Other native men were similarly infected. In winter they had nothing to keep them warm and government blankets were not available for distribution. Thomas wrote of the rape and prostitution of native women along the Yarra and the disregard of Aboriginal men to the circumstances faced by their women. Indeed, the men detribalized and addicted to alcohol were ready to barter their women in return for a bottle or rum or a few coins. 1 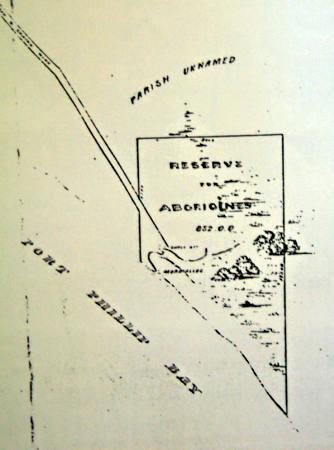 The view of officials, newspaper editors and citizens was that the hundreds of Aboriginals camping on both sides of the Yarra River should be moved back into the bush, but no direction was given as to how this was to be done. Eight hundred and ninety five acres of land on the Yarra River had been set aside for the use and benefit of Aboriginals but it had become coveted by white men. It became valuable because of its proximity to Melbourne. Thomas wrote to the Governor of New South Wales, Sir George Gipps, in December 1839 reporting that he had heard, on good authority, that the colonial government was about to dispose of the land formerly reserved for the Aboriginals and that two hundred and fifty-five acres had already been surveyed and marked out for distribution. Thomas’s plea was that a replacement block of land, more in the interior, be assigned to the Aboriginals. In addition, he suggested that some of the profits from the sale of the original reserve of land be used to purchase cattle to form a station which would support the Aboriginals by providing employment. Through this action Thomas thought Aboriginals could be prevailed upon to form habits of industry. 2

By June 1852 William Thomas, as Guardian of Aborigines, had secured eight hundred and thirty-two acres of land straddling the Mordialloc Creek as a reserve for the Bunurong people. 3 In 1858 a select committee of the Legislative Council of the Victorian Parliament was appointed to ‘enquire into the present condition of the Aborigines … and the best means of alleviating their absolute wants.’ From evidence presented to that committee it seemed that in 1836 there were from six to seven thousand Aborigines distributed in its area but by 1858 there were just a few hundred remaining. The committee’s concern was that many of the Aborigines were in a worse state than if the Protectorate had never been created. 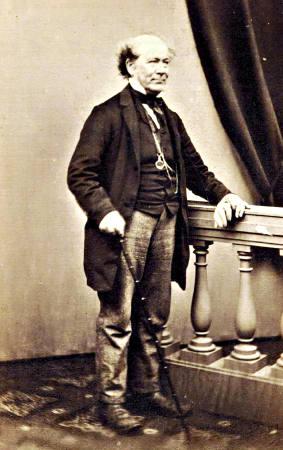 Why had the numbers of Aborigines dropped so significantly from 1836 to 1858? The Committee concluded that it was due to the general occupation of the country by the white population; to vices acquired by contact with the whites, the indulgence in ardent spirits and hunger in consequence of the scarcity of game since the settlement of the Colony; and in some cases cruelty and ill-treatment. The excessive indulgence in spirits was seen as the chief and fatal cause and one almost impossible to eradicate.

A solution to the problem was seen to be the gathering of all the remaining tribes in one location. Thomas, Guardian of Aborigines, and the Rev Spieseke, the Moravian Missionary to the Aborigines, both expressed dissatisfaction with this proposal because they claimed it was impractical. Thomas said the blacks would not leave their own hunting grounds and would pine away at once if removed from them. They would never agree to going to an identified site he said. Consequently, the committee reluctantly abandoned the idea of settling them together. While in 1837 Thomas calculated there were 300 members of the two groups – Yarra Tribe and Western Port Tribe or Wurundjeri and Bunurong – for which he was responsible, by 1859 there was a total of thirty six. Thomas reiterated the causes stated above and told the story of the four or five natives being found one morning at daybreak lying bedded in the mud of the Merri Creek, drunk, not dead; commenting that cold comes on, and as soon as disease touches a black’s chest he cannot be saved. He said the Aboriginals were susceptible to pulmonary disorders, particularly when they have been drinking to excess and not able to reach the encampment they lay down, perhaps on a cold wet night, and literally throw themselves into the arms of death.

Of the fifteen members of the Bunurong or Coast Tribe remaining in 1859, the oldest among them was not more than forty; the rest were from twenty two years to thirty years of age. There was one five year old girl whose mother was a Gipps Land black and her father from the Coastal Tribe. Since his appointment Thomas said,

There had been no more than six or eight children born to the two tribes. Their general condition as far as the necessaries of life are concerned (if I understand the question right) they want for nothing or need not want. They are fond of their reserve, and when inclined return to it where there are always tea, sugar, flour, tobacco and soap, and have had from 1852 an annual distribution of a pair of good ordinance blankets. Their health when they keep in the bush and are working with respectable farmers, their bodily health is as good as regular living Europeans. It is only when they stop for a week or two near a public inn, or with low characters, that their enervate constitutions are material affected, which I have known so rapid that a few days have ended their career. Pulmonary disorders are where they are most liable to, and when drinking in excess, and not able to reach the encampment, down they lay, perhaps on a cold wet night, and throw themselves literally into the arms of death. 4 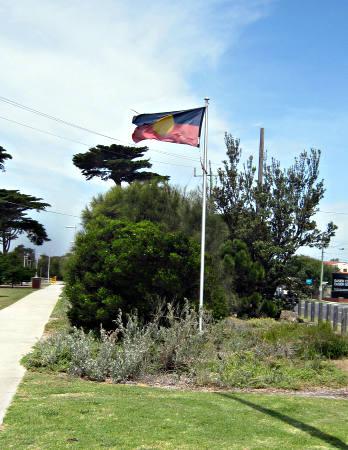 By 1864 Thomas reported that only eleven natives lived on the Mordialloc reserve and after the death of Jimmy Dunbar at the Alfred Hospital in April 1877 there were none. Jimmy was considered by some to be an influential member of the Bunurong tribe. A newspaper report of Jimmy’s death noted his retentive memory, his ability as a mimic, his mastery of the boomerang and his fine physical attributes. Earlier in his life he served as a mounted trooper. Six days prior to his own death his last woman died at Mordialloc leaving Jimmy with his twelve or fourteen dogs. This troop of dogs followed Jimmy to the hospital and camped outside for several days before returning to Mordialloc. Up to his last days Jimmy considered himself the master of Mordialloc and entitled to offer large portions of land in return for small exchanges of rum or tobacco. It was reported that he had unsuccessfully attempted to negotiate the sale of fifty acres to a medical speculator from Fitzroy not long before his death. 5

With the rapid decline of the numbers of Aboriginals living on the Mordialloc reserve there was increasing pressure on the Board of Land and Works to sell the reserve as a township site. While Thomas acknowledged that soon the blacks could be extinct he was adamant that until that situation was reached not a perch of land should be wrested from them. It was only two years later he was protesting without success against efforts to have the reserve declared a public commonage. 6 In February 1861 almost 5000 acres of land was gazetted as a Farmers’ Common, including the Aboriginal reserve, in the parish of Mordialloc. A second proclamation a month later increased the size of the common to about 7960 acres where farmers could graze their stock during the summer months. In July 1863 a government auction of crown land at Mordialloc netted £1531 3s 3d with the sale including both town lots and suburban lots. By this time there was little if any land remaining of the original Aboriginal Reserve. Today evidence of the former existence of the reserve is acknowledged with an Aboriginal flag flying beside the Mordialloc Creek in a reserve named after an early white pioneer, Richard Attenborough, who had served as a magistrate and councillor in the shires of Moorabbin and Dandenong.