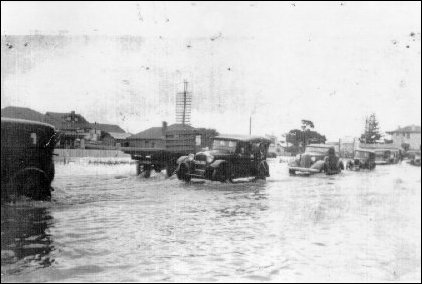 In an interview with Dorothy Meadow of the Chelsea Historical Society, Alma Judd spoke of the time it ‘rained frogs’.

"I used to go to the Aspendale dances and one night it rained frogs. If I say now, ‘It Rained frogs,’ nobody would believe. Later in my life we had a hotel and we were talking about these frogs and I said, ‘It rained frogs.’ One of the chaps, he said, ‘Yes,’ he remembered it. He was in the army. He was an ex-army captain. He was up in Townsville and he said, ‘I can remember that.’ And, this gentleman he went home and he looked it up in his encyclopedia and he said he’d seen it happen in Townsville or Cairns. He said what happens is the spawn goes up into the clouds and they stay up there long enough to develop into frogs and then when the cloud bursts they come down - but very seldom. He wrote it down and brought it to the hotel to proved I wasn’t drunk and I lost it over a period of time. When I tell anybody that, they think it’s a bit silly, but I remember."

Two other people interviewed reported the time when it rained frogs.

Harry Dickson said, "We were doing the milk delivery up Point Nepean Road towards Mordialloc, and it rained frogs. The road was so slippery with them, the horse was having trouble keeping it’s footing. Ron Simpson remembered, "Edithvale Road was covered with them, hundreds of them. There used to be a lot more frogs around then. I used to collect them for Melbourne University who used them for research."