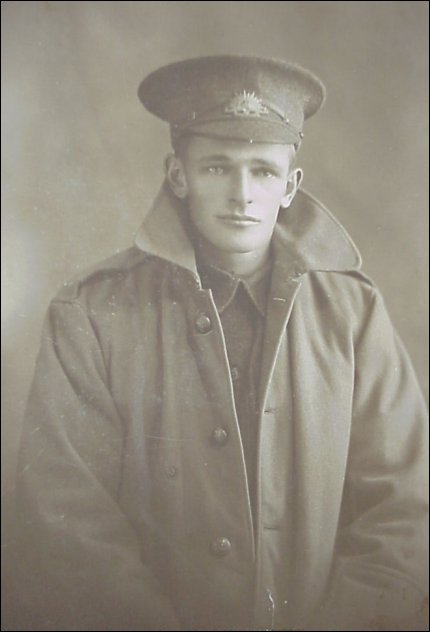 Percy Fairlam a member of the Australian Imperial Forces.

Richard Percy William Fairlam enlisted in the Australian Imperial Forces on March 15, 1916 when he was twenty nine years and four months. After training in Seymour he embarked three months later with the 10th Field Company of Engineers on the Runic for Europe. 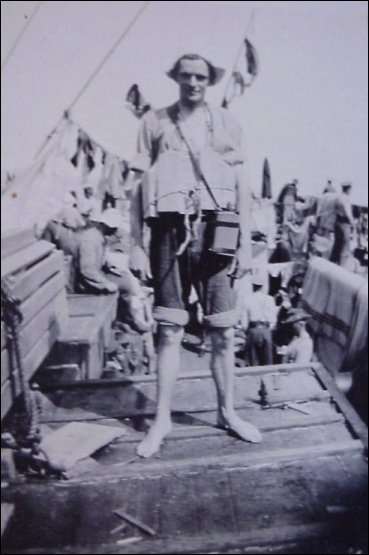 On Board the Runic bound from Europe.

Prior to leaving England for France, Percy’s military record shows he went absent without leave from 2400 hours on November 13, 1916 until 2300 hours the following day. For this breach of discipline he was punished and forfeited five days pay. What he did during this escapade is unknown but he left for France with other members of his unit, nine days later. He writes:

"We packed our kits on Nov. 24 - it was a terrible load. It consisted of shirt, singlet, underpants and all other private articles, leather coat, great coat, steel helmet, three gas helmets, water-proof sheet, two blankets, rifle, 100 rounds ammunition, and extra pair of boots, with this swag up we had a four mile march to the Station. A lot of the chaps had to drop out and get a lift in the transports, but I managed to get through, but was on the last stages of collapse….

Next afternoon we entrained for the firing line, and what a journey!! Covered-in cattle trucks, with straw on the floor, 32 in each truck with all equipment. This journey lasted 45 hours; during the day we got out and ran alongside. Sometimes there would be a stop for an hour or more. At night it was impossible to get down to sleep - it had to be done in a sitting position. We passed through a lot of large towns, but the rest of the country looks very poor - in fact I do not know what they are fighting for…"

Fifteen days after arrival in France Percy writes home on December 8, 1916 describing the situation on the Western Front.

"I am still going strong have now been one week in the firing line and am enjoying myself, we turn out at six in the morning and walk out to the dump where stores are kept just behind the trenches about 45 minutes walk then each sap takes a party of inf. into the trenches and sets them to work repairing damaged trenches, the walk out and back makes one very weary. I have about a mile of trenches to go through to get to my work, Fritz sends a few crackers over but must have some respect for me … I am quite used to the shells flying about they make a screeching noise going overhead after that the bang, it is some noise if three or four land together. Poor old Fritz gets a lively time he must get very down hearted building up his trenches every day. We can get hot baths about a mile away in a brewery. As you go in you give in your dirty clothes and get clean ones. The baths are in large vats about 12 men in each it is great fun bobbing up and down in the hot water … I would like to write more about France but am not allowed … On thing that you see in the trenches and that is rats, they are there in thousands."

On the January 4, 1917 Percy was wounded in action in the right shoulder. As a consequence he was evacuated to England on the Glenart Castle.

"It is rather a queer sensation in the trenches when Fritz sends over some of his shells. He has some they called “Minnies”. They are terrors - they do not travel very fast, but make a hissing-noise and come along on a wobbly course. Generally three or four are sent one after the other. You can see them coming if you are quick, but it is hard to tell where they will land. The only thing to do is to wait there, flop down flat, and chance to luck. I tried it 10 yards away from one and got covered in mud. They go about 4 feet into the mud, and after the explosion leave a hole about the size of the waterhole in the front paddock (20 x 10) so you can see there would be some mud flying about. They are not so very dangerous, but do a terrible lot of damage to the trenches. … High explosives are the deadly ones. They tear a man to pieces with the bits that fly from them. The day I got caught I was working in London Road with a gang of 10 men, when Fritz got busy and made it too hot to go on with the work, so we were ordered to get back to the dump and was just handing my men over when a couple of shells landed in the yard We made for shelter, but not quick enough to dodge the next one that landed ahead of me. Three of my party were laid out … One piece about the size of your little finger caught me on the point of the shoulder, and travelled along the bone to the next, and came to a stop, lucky for me."

Percy goes on to describe how his mates bandaged him up and took him to an Advanced Dressing Station for further attention. After brief stays in several Clearing Stations and examination by an English doctor he had a ‘rotten journey lasting 50 hours to Havre’ before be shipped to a hospital in Brighton, England. 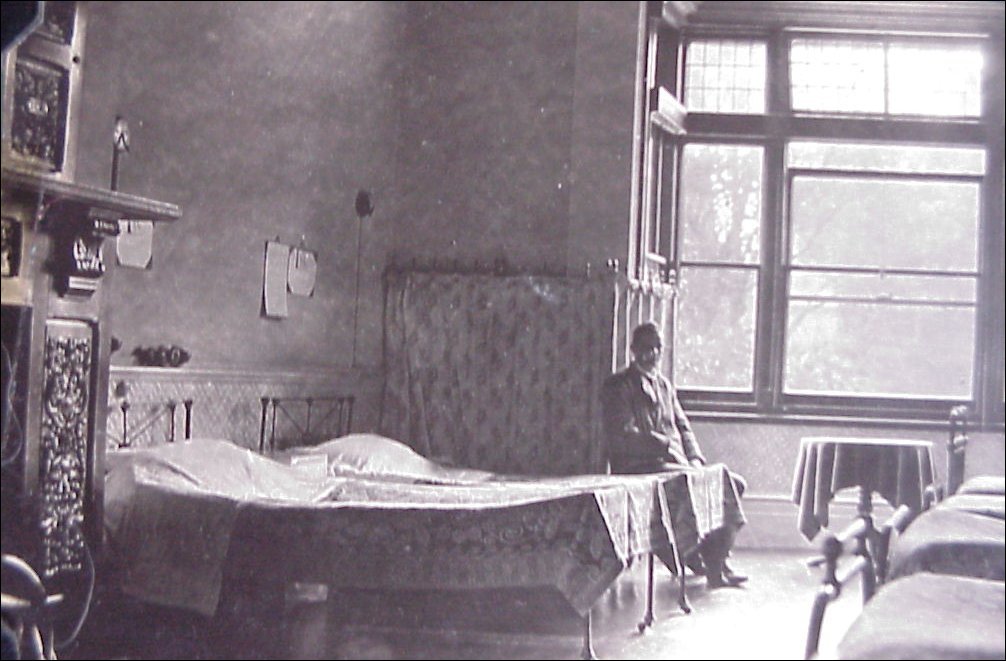 "...I can tell you Brighton is some place but don’t suppose I will be allowed out for some weeks yet. I am very comfortable, but the tucker is nothing like the English hospitals. In this place there are 2,000. The sights in the wards are worse than in the trenches, especially in the mornings when they do the dressings - the moans and groans are horrible. Patients that can get about have to assist in the work, so expect my turn will come. … I may get back to the Company - I hope so anyhow, that is if the war is not over by the time I get out of here."

"We are in a very hot corner just at present. When last I wrote I was about to go on leave to England and Paris but Fritz made a large advance against the Pommies with the result the Aussies had to rush off on a four day journey and put a stop to it. A frightful muddle was made of the retreat, now we have to patch it up. Our div. is in the thick of it and has tickled up the hun to some tune. He came over in mass formation at midday last week but not a man got back, the machine guns wiped the whole lot out, our infantry are getting a very blood-thirsty crowd…"

The 10th Field Company of Engineers left England on May 20, 1919 on the Nestor arriving in Australia on July 2, 1919. Percy was discharged from military service on August 16, 1919 allowing him to resume his civilian occupation of salesman at Cheltenham. 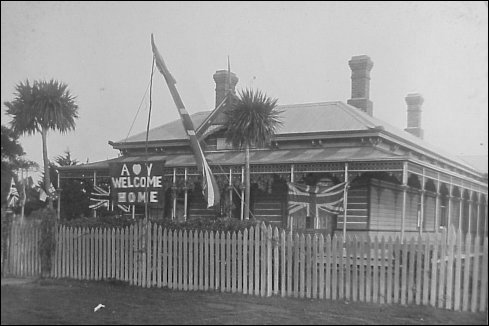