The Charmans of Spring Grove

On September 4, 1852 Stephen Charman was granted by the Crown 160 acres of land in the parish of Moorabbin for £328 and ‘a quit-rent of one peppercorn yearly for ever’. The land is that now bounded by Weatherall Road, Charman Road, Balcombe Road and a line passing through Marlo Grove. Stephen came to the Colony in 1842 aged 20 years and with three brothers – Daniel 34, Thomas 32, and Samuel 25. With wives and children they had been given free passage under an entitlement held by Henry Dendy, the original owner and founder of Brighton.

Seemingly Dendy was not willing to provide housing and employment for them because they were not known to him and on August 2, 1842 Superintendent La Trobe wrote to the Colonial Governor in Sydney:

“Mr Dendy persists in holding himself in no wise bound to provide for these emigrants brought out under the cover of his Special Survey and I am not aware of its being in my power to compel him. On the other hand, I consider it being my duty to decline offering them any employment. I think that a contingency such as this has not been foreseen and provided against.”

The Charmans belonged to the parish of Warnham in Sussex and in 1841 were among a group of needy parishioners who were being sponsored and assisted financially by the parish for emigration. The town of Warnham is about three kilometres from Rowhook where Dendy had two farms and had lived in one from 1838 to 1840 when he departed for the Colony. Included in the needy group was John Booker who also came out in 1842 with Dendy’s emigrants. He had been in the employ of Dendy’s brother-in-law, Richard Weller of Capel in Surrey, who selected people to be brought out under Dendy’s entitlement. The Charmans may not have been known personally to Dendy or Weller but other Charmans had been associated with Dendy in his brewing business and with Weller in Capel. Surely, however, they would have been known to Booker who also belonged to Warnham parish and was in a position to get free passage for them through his employer. Booker lived in Brighton until 1852 when he became a market gardener in Highett. He died there in 1906, ‘the last of the Brighton pioneers’. One of his sons had three streets named for him in Cheltenham – Charles, Edward and Booker. 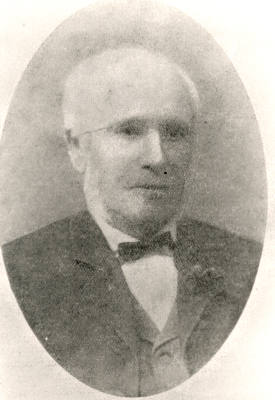 The Charmans were experienced farm workers and found work separately on pastoral runs. Their earliest years in the Colony are obscure but by 1847 Daniel had become a tenant farmer in Kalkallo and by 1856 Thomas had acquired freehold land in Eumemmering and later gave land for a church and a school. Samuel was in Collingwood (now Fitzroy) when he married in 1846 and he settled later in Dandenong as a sawyer and fencer. Stephen’s first wife, Harriett , and child born on the voyage to the Colony died soon after arrival and on February 25, 1852 Stephen married Mary Ann Gettens nee Rees, a widow with five children.

Mary was born in London in 1820 and married Josiah Gettens in Bristol in 1840. He was an engineer employed by Bush and Beddoe who were building three paddle steamers for coastal service in New South Wales and to be named Rose, Thistle and Shamrock. As engineer for the voyage and with his wife and infant, he left Bristol on Shamrock in June 1841 and arrived in Sydney on October 15, 1841. He continued to serve as engineer when the vessel was placed in service mostly between Sydney, Launceston and Melbourne. Two more children were born in Sydney before he left the sea to come to Melbourne in October 1846 and take up the lease and licence of the Mechanics Arms Inn on the corner of Little Collins Street and Lang’s Lane (now Windsor Place) in Melbourne. Two more children were born there, one after the father died on March 7, 1848 aged 51 years.

On April 18 1848 Mary obtained a publican’s licence for the inn and renewed it in 1849 and 1850, possibly for use by a nominee. In January 1851 she purchased a small piece of land in Charlotte Street, Collingwood (now Young Street, Fitzroy) and built a small cottage which is still standing. On her marriage to Stephen in the Methodist Church in Collins Street, Melbourne, both were described as “of Collingwood”. Three months later, Stephen “of Moorabbin, farmer” and Mary “his wife” sold the cottage for £525 pounds and settled on the land in Moorabbin purchased from the Crown. 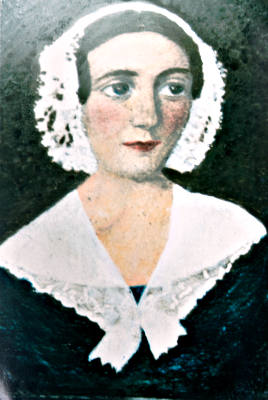 The Charmans named the property ‘Spring Grove’ because of springs and soaks there and in the adjoining allotment reserved for public use, “being the only portion near yielding a never failing supply of that grand essential of life – pure water”. The name was used by early settlers in the vicinity to identify the locality. The present Weatherall Road was known first as Spring Grove Road and the first Anglican Church built in 1854 on the north side of that road was known as Spring Grove Church. The Charmans became market gardeners with a special interest in marigolds (calendulas) which were sold to Martin and Pleasance, pharmacists of Melbourne, for medicinal uses. Their first home was a rude hut of wattle-and-daub later replaced by a weatherboard cottage needed for the family increased by seven children between 1853 and 1865 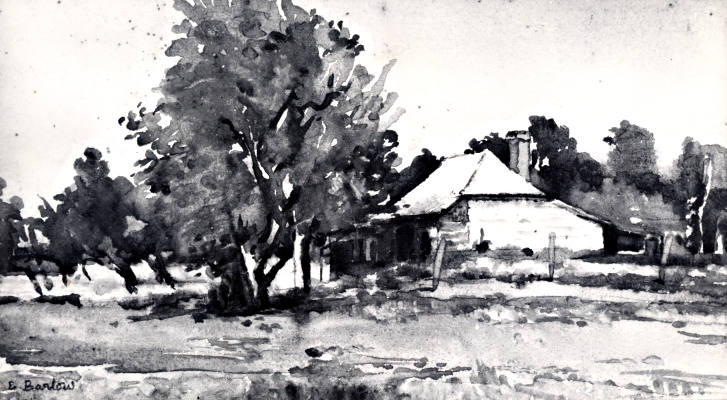 When the Charmans took up land there was no Methodist Church nearer than Brighton, the circuit of which was under the ministry of Rev James Bickford and included the whole of the parish of Moorabbin. Charles Stone, a florist in Brighton, was an active and respected lay preacher in the circuit and in August 1854 he began regular services for the people in and around Spring Grove, firstly in the Charmans’ hut and later on the verandah of the weatherboard cottage. In January 1855 Stephen gave 1 ½ acres of his land fronting Balcombe Road to trustees for the Methodist Church for a chapel, school and burial ground, and the Zion Chapel was opened for services on April 5 1857. The trustees, other than Stephen himself, were James Bickford, Charles Stone, Alfred Hurlestone, Benjamin Hawkins, William Germon, Thomas Wellard, David Cameron, John Baker, James Preston and John Gifford. In July 1858 the Primitive Christian Movement (Church of Christ) found support in the vicinity of Spring Grove. The Charmans became identified with that cause and their home was used again as a meeting place until a small chapel was built nearby.

Mary Charman, ‘gardener’s wife’, died at Spring Grove on July 29, 1870 when her first five children had passed 21 years of age and were making their separate ways in life and two of her later children were dead. Stephen sold pieces of the land in excess of need from time to time and he held only 10 acres when, in 1872, he moved to Yallock in Gippsland where he leased, and subsequently purchased, from the Crown 160 acres on Yallock Creek near Bayles. He had the misfortune to break a leg ‘whilst working on my selection’ and, after amputation, he used a wooden stump. He had the misfortune also to have his first house there destroyed by fire soon after settlement there. He married Jane Kenny, a widow, in 1878 and died at Yallock on July 5, 1906 aged 85 years. He was buried in the Land Lang cemetery.

The Zion Chapel became redundant in later years and was removed to Langwarrin. The burial ground was used only until the general cemetery was opened nearby in 1865 but a record of burials does not seem to have survived. The land remained in the ownership of the Methodist Church until 1956 when it was sub-divided and sold for residences. (Today known as Bickford Court) When the Methodist Church in Cheltenham merged with the Presbyterian Church in 1977 it was named Charman Uniting Church in memory of the prime benefactor of the first Methodist Church in the district. 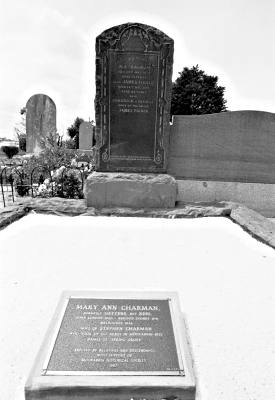