Racing and Death at Aspendale

When a group of motoring enthusiasts headed by the inventor Henry Sutton returned to Melbourne after a morning’s motoring to Mordialloc on 9 December 1903 [1], they had in mind more than just an idea of forming a “social organisation and club composed mainly of persons owning self-propelled vehicles or motor cycles” [2]. Indeed, the real reason the (Royal) Automobile Club of Victoria (RACV) was formed was to organise “events such as motor car races, motor gymkhanas and other contests” [3] to satisfy an emerging group of adventurous thrill seekers. After all, it would be many decades before the motor vehicle revolutionised transportation and transform the character of the city.

That Aspendale Park, the private playground of James Robert Crooke adjoining the bayside suburb of Mordialloc would stage the RACV’s first car rally in 1904, suggests Crooke was not only a racing enthusiast, but possibly one of the fifty-five men who attended the inaugural meeting at the Port Phillip Club in Flinders Street, Melbourne. [4] As Veronica Hahn notes, Crooke “fulfilled his dream and established a racecourse and pleasure ground” when the Aspendale Racecourse (1891-1931), named after his champion horse Aspen, held its first meeting on 14 April 1891 during the 1890s’ depression. [5] By 1906, Crooke’s dream was complete with the construction of a motor raceway, acknowledged as Australia’s “first commercial track”. [6]

In 1923, The Argus newspaper reported that Crooke, “encouraged by the success of motor-cycle racing on the grass track”, had decided to construct a banked speedway. The track, probably made of bitumen according to Chelsea and District Historical Society President Ron Jacobs, consisted of two straight runs, each about a quarter of a mile long with a width of 60ft and “banked on the outside to a height of 27 feet” permitting competitors to travel at speeds of more than 100 miles an hour. [7]

German-born William (Wilhelm) Lehmann (c1882-1924) was described as “Australia’s foremost motor-cycle rider...credited with having driven tens of thousands of miles in competitive events alone”. [8] An esteemed and well respected member of the Victorian Motor Cycle Club, he was “one of the pioneer motorcyclists of the world” and arguably the oldest in Victoria. [9] The son of Frederick William Lehmann, horse driver and Helena née Wills, he came to Australia in 1902 with the champion pace cyclists Thaddäus Robl and Pieter Dickentman acting as their mechanic and motor-pacer. [10] It was Lehmann’s “intimate knowledge of motors [that] materially contributed to their success” during the duo’s enthralling performances throughout Australia. [11] Around 1904, he married Parramatta-born Frances Amy née Bell (1882-1968) in Richmond, Victoria a marriage which produced twins, Charles William (Carl) (1905-96) and Ella. [12] The family resided at 6 Ellis Street, South Yarra. [13]

Competitors Lining up at the Victorian 2nd Annual Championship at the Aspendale Racecourse, 1904. Courtesy Chelsea and District Historical Society.

With the improvements to the motor track, the 1924 season of racing at Aspendale was largely anticipated and produced some capital sport throughout. From the opening meeting in February to the enthralling concluding carnival in June, five meetings and 97 events had been contested, but never had a fatality occurred at the raceway. [14] That was until Fate could no longer wait and sadly for Bill Lehmann, his time had come to go where we all must go.

Monday 9 June 1924 was the King’s birthday holiday in Melbourne and if not for the “unpromising weather in the morning” the day was ideal for racing. [15] The Sporting Globe captured the mood of the event;

“Thousands of spectators at the concluding motor carnival at Aspendale were thrilled to the marrow of their bones. Old and young women, youthful motorists, and seasoned and indifferent sportsmen, stood on their tiptoes with excitement as the speed kings dashed along between 70 and 90 miles an hour…It was without doubt the most sensational carnival ever held on the new Aspendale course…” [16]

Lehmann had been out of competitive racing for some years and had only recently began to compete again. [17] Whether or not he had ridden on the new Aspendale track is not known, and perhaps it was for this reason that he decided on the day not to allow his son Carl to ride together in Race 2, the 10 lap Senior Sidecar Handicap. [18] Instead, while a disappointed Carl Lehmann had to contend with being a spectator amongst the crowd, [19] 16-year-old Ainslie Robert Irving, a member of the Richmond Amateur Cycling Club instead accompanied Bill Lehmann in his Invincible J.A.P combination. 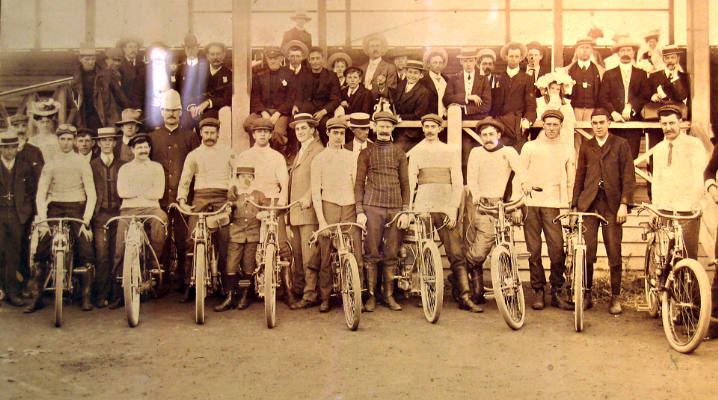 In the first heat of the race involving five competitors, Lehmann and Irving started off the 35 second mark of the scratch event. The first lap saw the speed kings roar around the track at an average of 60 miles per hour. Then on the first turn of the second lap, Lehmann and several others took the bend at a slightly increased speed in the hope of gaining the advantage, but the first signs of mishap occurred when the Invincible misfired. [20] With only a few yards of straight track separating the first and second turns at the back of the course, suddenly Lehmann’s speed dropped to about 40 miles an hour. Before long, the other competitors had sped away and Lehmann was now 100 yards in the distant when without warning his front tyre blew and the machine skidded along the track out of control for some 40 yards distance. In the seconds that must have felt like the passing of an eternity, there was little even a skilful driver as Lehmann could do than hope for a lucky escape for himself and Irving. It was not to be. At 15 miles per hour and with just seconds remaining before the out of control cycle was about to stop, the front tyre got wedged in the forks causing the vehicle to somersault landing on the top of bank. The occupants landed on the grass below out of sight of the spectators, many of whom did not see the incident with eyes on the leading group. [21] A dazed Irving staggered to his feet, but Lehmann lay motionless, his mouth and nose bleeding. Dr. George Scantlebury, one of the first car owners in the Cheltenham district was called to the casualty room. When asked by George McCarey, manager of the Aspendale Racing Club “How is he?”, the reply was “I think there is no hope” and Lehmann was pronounced dead two minutes later. [22]

The inquest into William Lehmann’s death before the City Coroner, Daniel Berriman, on 12 June 1924 was a straight forward matter. Just three witnesses were called to give evidence - William Henry Perry, Constable 5371 from Murrumbeena Station; George Malcolm McCarey, of 6 Cunningham Street, South Yarra; and Charles Harling Parker, motor engineer of Collins Street, Hawthorn. Parker was to give the following evidence on the circumstances surrounding Lehmann’s death:

“There were 5 competitors. The front tyre of his [Lehmann’s] cycle burst which caused the machine to skid and it seemed to go about 40 yards when the tyre got wedged inside of the front fork. The machine was then near the top of the banking and it turned over the top of the bank and the two were thrown out of the side of the track. I went to the deceased. His head was down the bank and he was unconscious and he was bleeding from the mouth. He had a helmet on his head. It was a dry day and the time was about 11.45 am”. [23]

Berriman was to return a verdict of accidental death. And so Bill Lehmann, the speed king was buried in the Brighton General Cemetery on 11 June at the age of 42; his wife Frances and son Carl are also interred together. [24] Tributes were paid by his peers including Charlie Disney, the Australasian motor cycling champion who remarked that “Bill Lehmann was a daring rider, and the loss will be greatly deplored by members of the Victorian Motor Cycle Club, with whom he was held in high esteem”. [25] 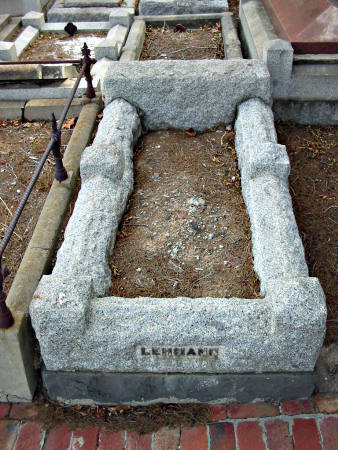