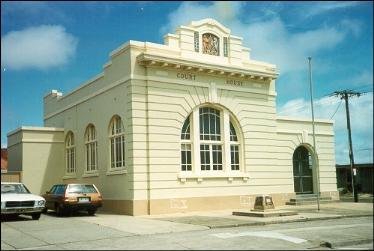 The Chelsea Court House is now the home of the Chelsea Historical Society but in former days it was the seat of justice in the region. After it had been declared superfluous to legal needs by the State Government, it was purchased by the City of Chelsea and made available to the Historical Society to feature exhibitions of photographs and artefacts associated with the area. What was once the prisoners’ room now contains memorabilia and photographs of the Chelsea Council whose responsibilities were taken up by the City of Kingston in 1994.

Between the time of concluding its life as a court house in 1985 and becoming the centre of a historical society in 1993, the building suffered considerable damage through water penetration. Architectural reports in 1989 and 1990 noted that the ceilings were damaged and the parquetry floor in one area had lifted "into a dome shape". Other problems identified included rising damp, efflorescence and rotting of timber framing to doors and windows. Extensive restoration was undertaken by the Council before the historical society was able to take up its occupancy on December 12, 1993. The purchase price was $137,500 but an additional $100,000 was needed to finance the restoration. The Chelsea Council contributed $143,643 to which a Heritage Grant of $33,000 was added. The Commonwealth Government contributed $57,300 through its Local Council Works Program and the balance of $3644 was raised through a local "Brick Fund" initiative. The original cost of the court house in 1928/29 was £3,883. 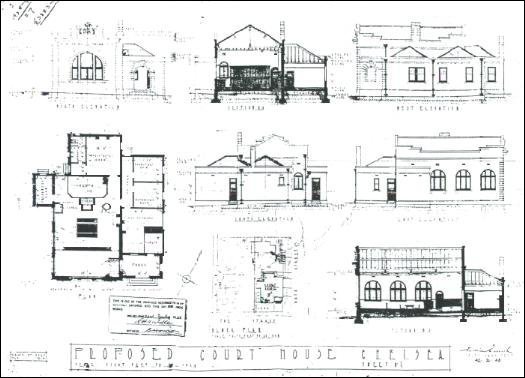 The design of the court house is attributed to Edwin Evan Smith who was Chief Architect of the Public Works Department in Victoria at the time. Evan Smith, a Scotchman, was born in 1870 and migrated to Australia in 1889. He worked as a draughtsman in Queensland for some years before taking up the senior position in Victoria in 1922. A Fellow of the Royal Institute of British Architects Evan Smith died in 1965.

The Court House at Chelsea is described as being built in "the Spanish mission style, an asymmetrical rendered brick building with a hipped roof of unglazed terracotta tiles. There is a large arched tripatite window and the floor is parquetry throughout." Now the building is registered as Historic Building No 804 in the Victorian Gazette.

The court house is situated in the Strand in Chelsea. It is open to the public each Sunday from 1.00 p.m. to 4.00 p.m. A donation of a gold coin is welcomed.