The Day the Prime Minister of Australia Visited 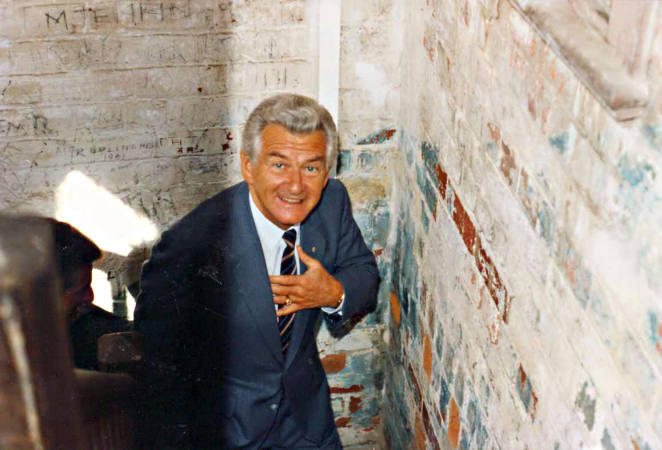 One of the most famous visitors to Kilbreda’s landmark tower was the then Prime Minister Bob Hawke. The Prime Minister’s visit on April 8 1987 was a most successful and exciting event. Firstly, after visiting the combined Years 11 & 12 Politics class, Mr Hawke and local member David Charles accompanied by an entourage, climbed the tower, signed the visitor’s book and planted a tree. Students from St Bede’s College, Mordialloc, Beaumaris and Parkdale High Schools, joined Kilbreda students in the Kilbreda Hall where College Captain Moira Scanlan welcomed Mr Hawke. He then spoke to the assembly about the importance of young people continuing their education for as long as possible and on nuclear arms and disarmament as well as responding to questions. 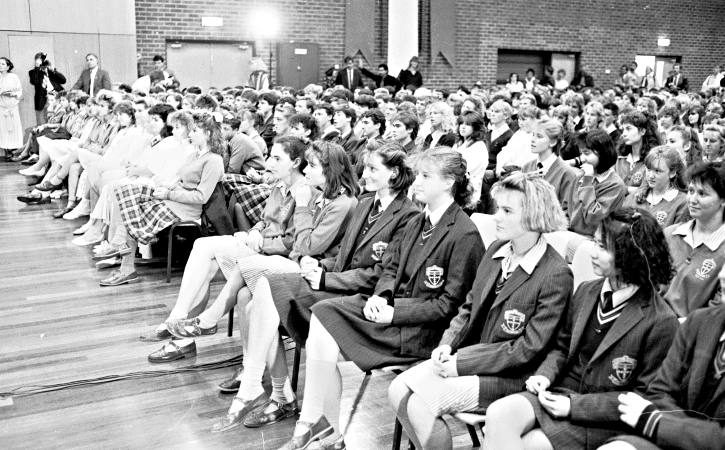 Later, he joined the senior students on the back oval for a volleyball match, with TV news reports claiming he was “mobbed by hysterical girls!” Mr Hawke was accompanied on his visit round the school by Principal Sr Mary Dalton and long time staff member Mr Roger Wander who was Year 12 Coordinator at the time. The visit was coordinated by Senior Politics teacher Mr Tony Grosso. 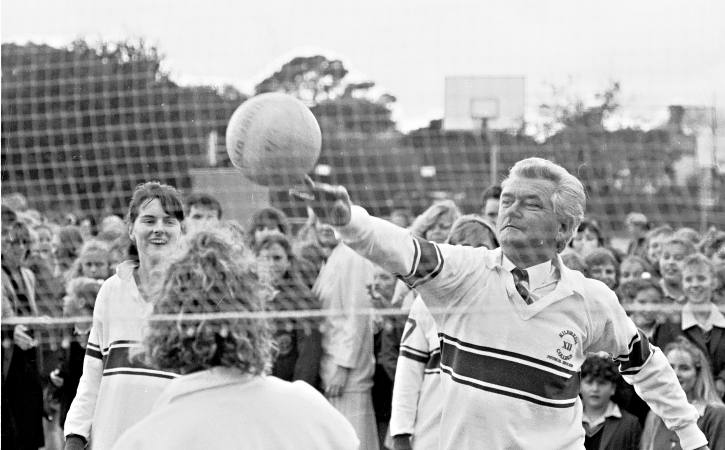 Leaving the college the next stop of the Prime Minister was the Chelsea Senior Citizens’ Club where he chatted with the elderly women and men, and thanked them for their understanding of the previous year’s pension increase deferment. Hawke took the opportunity to dance a few steps with several ladies before departing for the Epsom training track. At Epsom he meet members of the Meagher family and the 1985 Melbourne Cup winner, What a Nuisance. 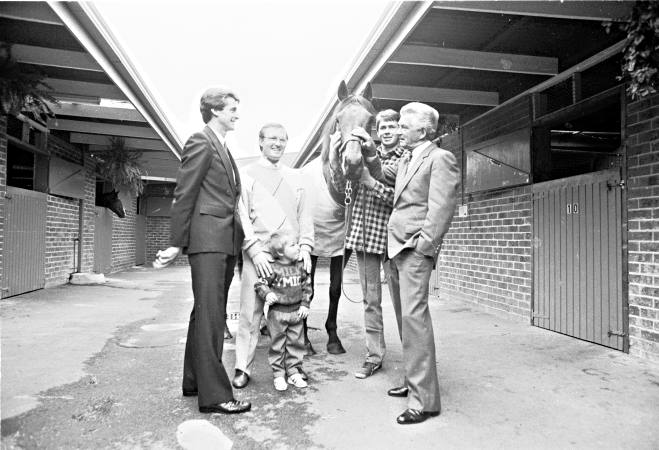 Leaving half and hour late after enjoying sandwiches and tea with the Meaghers and stopping to sign the autographs of several children the Prime Minister arrived at the Chelsea Football Clubrooms. There he unveiled a plaque dedicated to club president, Tom Williams. His last stop in the day’s program was the Chelsea RSL. About two hundred people from Mordialloc and Chelsea community groups joined him there for dinner. Many took the opportunity to shake him by the hand. After all, it is not every day that a Prime Minister of Australia calls! 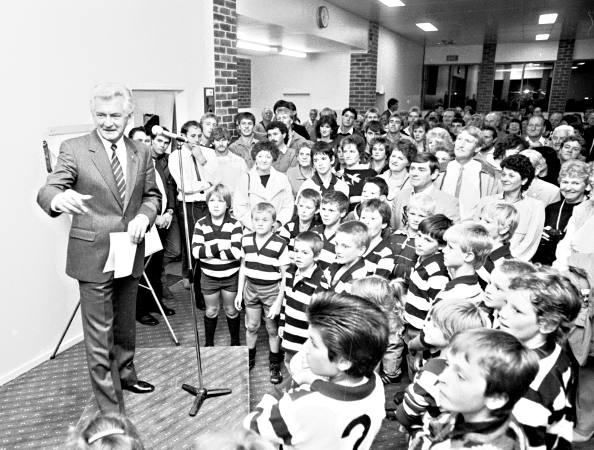