They're Racing at Mordialloc

The horse racing industry came to Mordialloc in the 1880s. Alfred F (Braddy) Bradshaw operated a privately owned course he named Richfield which was situated on land that is now Governor’s Road, Braeside. He played a prominent role in the early racing life at Mordialloc. The Australasian Turf Register lists up to six meetings a year for the Mordialloc Racing Club. A meeting was held on Tuesday 29 November, 1887 where it was recorded that the weather was fine. Of the five races held that day A F Bradshaw’s horses gained a place in two races. Bradshaw extended an invitation to racing patrons to attend a meeting at the Richfield course at Mordialloc in November 1890, where he would hold a ‘mixed meeting’. The race patrons were promised that a visit to Mordialloc ‘where the ti-tree bloometh is well worth the journey’. Special trains would be available and the fares, it was promised, would not be increased.
There were numerous meetings held there between 1887 and 1889, but by the early 1890s the number had declined. These race meetings were conducted under the Victoria Racing Club (VRC) rules. 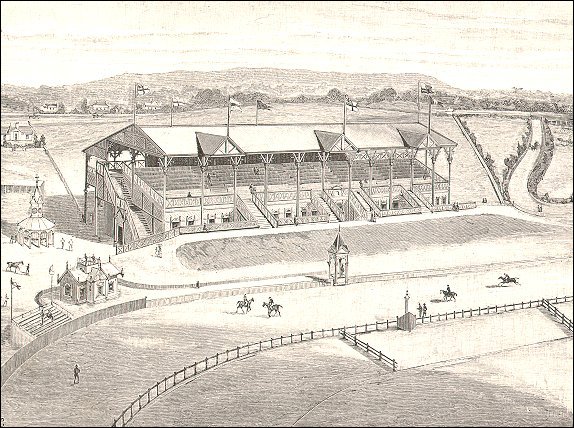 A second racecourse in Mordialloc was the Epsom built by James Smith Jenkins in 1886. Jenkins made his fortune in the 1880s land boom, and began his racing program there in 1889. Jenkins floated the company as the Epsom Park Racing Club Company in 1884. The architect was Philip E Treeby who designed many impressive buildings throughout Victoria. Amongst his renowned works are Brighton Grammar School; The Carmelite Catholic Church, South Melbourne and the E.S. & A. Bank, Brighton. Treeby also won an award for his design of the Warrnambool Town Hall in the Western District of Victoria.

Epsom was considered to be one of the best private racecourses built before the turn of the century by people like the English racing expert Nat Gould. It boasted an elegant grandstand, surrounded by lawns, a fountain and a clock tower. The presentation of the course was compared to that of Flemington: ‘a beautiful lawn had been formed covered with rich velvet sward, and from the grandstand eastward there is an unbroken promenade 660 yards long, sown in English grass’. The grandstand was described as ‘a handsome structure with seating accommodation for 3000 people, and the fittings and decoration are very ornamental’. The view from the stand commanded a ‘magnificent view of the Bay and the surrounding mountain scenery’. It appears that Jenkins had left nothing to chance in providing the best possible accommodation not only for the comfort of the patrons but also for the workers, as the various offices and the rooms for the stewards, committee and jockeys are spacious and well designed. 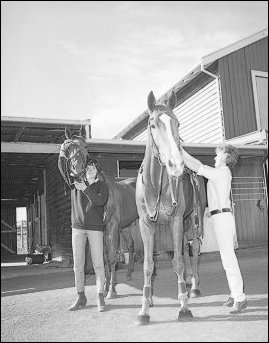 On 15 June 1889, a large crowd attended the inaugural meeting for the running of the Mordialloc Cup and a prize of 500 hundred pounds was offered for the winner. The meeting was conducted in the middle of a Melbourne winter but the weather was fine and the ‘track [had] little holding’.

There were several changes to the administration of Epsom over the years. The Epsom Turf Club was formed at the beginning the twentieth century and run under private management. The Epsom Racecourse Proprietary Limited was officially Incorporated in May 1909. The registered office was at 159 Queen Street, Melbourne. The Directors were John Langtree Reilly and Robert C. Anderson. Reilly’s involvement in both Epsom and Mentone racecourses was as a major shareholder and in management. In 1924 a special resolution was reached that the Epsom Racecourse be sold to the Epsom Turf Club as from 20 June 1924.

By the 1930s many changes had taken place in racing administration and this applied to Epsom Racecourse at Mordialloc. John Langtree Reilly had stepped down as Secretary of Epsom and Mentone and his position was taken by John Campbell Reilly, a grandson. The original grandstand was upgraded in 1936 and the Club spent ten thousand pounds on improvements to the course. Tragically, in December 1938, the main stand was accidentally burnt to the ground. The fire was believed to have started in the Press room of the kitchen area. This was a terrible blow to J C Reilly in his first years of administration. Race meetings were never held at Epsom from that time and the course was retained as a training track.

The war years were the turning point for the small metropolitan clubs in Victoria. The haphazard suburban development of racing warranted rationalisation and the controlling body, the Victoria Racing Club (VRC), took measures to bring about changes that were considered beneficial for the Industry as a whole. This left clubs like Epsom and Mentone with no option but to concede to the proposed recommendations and remain open as training tracks only. This move was to have a dramatic effect on the lives of the locals connected with racing.

The closure of the Epsom Training Track is the final chapter in the long and rewarding history the racing industry had maintained within Melbourne’s southern bayside communities. The 104 acres of land that the course was situated on is to be redeveloped. The VRC made the decision to close the complex as they considered the cost of training there was more expensive than at other venues in Victoria. The trainers at Epsom, of whom there were over 40 in 1997, argued that Epsom was the best training facility in Victoria and that to relocate trainers and their families would jeopardise, not only the livelihood of the trainers, but also subsidiary industries associated with racing. 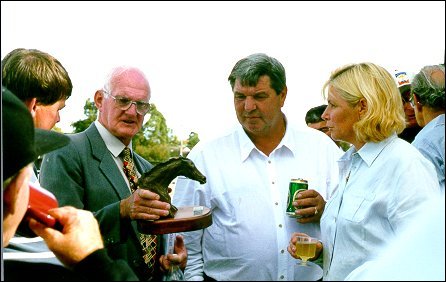 Until its closure, Epsom was the centre of the racing community at Mordialloc with most trainers settled in the district. Gone are the evocative sounds of the horses’ hooves on the pavement throughout the day. Epsom was the last metropolitan track committed solely to training.

The closure of the Epsom Training Track at Mordialloc brings to an end a rich and colourful era for the local racing industry. The significance of such a move is the adverse effect on the community as a whole with the loss of employment for thousands of people connected with the subsidiary industries to the racing industry. But the local district had retained a vivid heritage of memories that will endure for the future. 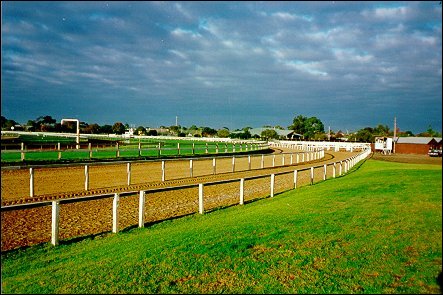