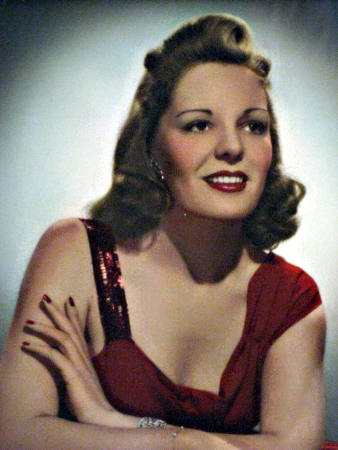 Diana Parnham, or Dorothy as she was known when she was a student at Kilbreda College in the late 20s, made her name as an actress here and in the United States of America. Diana was the eldest of four daughters of Charles Jenkin Parnham and Ethel Adeline Chill. She was born in 1912 in Prahran. By the 1920s the family had come to reside in Warrigal Road, Mentone and Charles profited from the local market gardening industry as an exporter of fruit and vegetables. The daughters, Dorothy, Ilma, Olive and Ethel attended Kilbreda in the 1920s although not from a Catholic background. Confident and outgoing girls they became involved in sporting and cultural activities along with their brother Charles who won prizes for drama while at school and was a captain at Mentone Grammar School in its early years. Dorothy, accompanied by her father on piano, and sang at various local gatherings.

Shortly after leaving Kilbreda, she got her ‘big break’, being dubbed Melbourne’s Most Beautiful Girl. ‘She was crowned Queen of Flowers at a spectacular ceremony at the State Theatre’ leading a ‘floral carnival procession through the city’. [1] The prize was a fortnight’s trip to Tasmania as the guest of the Tasmanian Government, which she undertook in November 1930 accompanied by her mother.

In the years following, she became a regular performer on the Melbourne stage and travelled to London where she appeared in pantomimes such as Cinderella. Her first Australian film was a comedy of mistaken identity called Waltzing Matilda by the entrepreneur Pat Hanna, who had been famous for his performing group the Diggers. Two other films, Diggers and Diggers in Blighty used the talents of this group and led to Dorothy being given a principal role in Waltzing Matilda.

Further films followed and in 1943, after lead roles on the Brisbane stage in The Man who came to Dinner and J. C. Williamson’s play Reunion in Vienna, she married Brydon Taves, the manager of American United Press in Australia after a whirlwind romance. The marriage was cut short by the tragic death of Taves and another war correspondent in a plane crash in New Guinea in December 1943.

Most of the following decade was spent in the United States and Japan and it was while on a trip from her home in Tokyo to introduce her new baby to her parents In Melbourne that the press contained the headline ‘Diana Parnham has forgotten about the Stage.’ Her daughter Diana was the child of American born Malcolm Wyatt, whom she married in Chicago in 1946. The family established a home in Tokyo in an American style farmhouse where Diana set up one Japanese room and enjoyed wearing Japanese thonged sandals and dresses of Kimono silk- ‘which washes like mad and always looks fresh’, she said. [2] 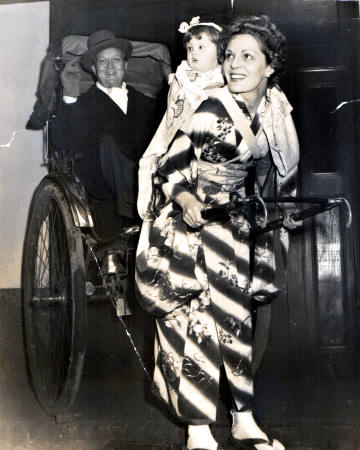 In the 50s the family moved to Melbourne where Diana did radio plays with the likes of Michael Pate and Chips Rafferty. When television began in Melbourne in 1956, Diana had several live afternoon TV shows on Channel 7 doing film and book reviews, interviews and shopping segments. The Wyatts moved to Sydney in the 1960s and then to Los Angeles in 1968, where Diana returned to the stage in plays and in small feature film roles in movies like Funny Lady and At Long Last Love. She also appeared on TV in McMillan and wife and The Ropers, later coaching up-and-coming actors, including Anthony La Paglia. Diana died in 1999 aged 87. Her sisters Bunny and Olivia survived her and her daughter Diana eventually returned to Australia and currently lives in Queensland.