Vita Goldstein and Cecelia Johns collecting clothes for distribution to the poor.

History is easily forgotten and as time goes by events and places fade into the past. What was once common knowledge in the community is forgotten by the time the next generation is interested. This is such the case with the unusual experiment of establishing a women farm in Mordialloc that was part of the Closer Settlement Scheme. It was reported in many of the papers of the day and even was reported in many of the small country town newspapers around Australia. 1 But as time went by it slipped out of memory until recently. The farm of 14 acres (5.5 hectares) was a later part of the original sub-division of 453 acres between what is now Lower Dandenong Road to the North, Governor Road to the South, Boundary Road to the West and Braeside Park to the East. The site was East of Woodlands Golf Course in White Street. Today this area is zoned light industry. 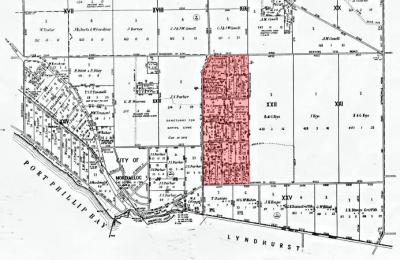 Map showing portion of the Parish of Mordialloc and the allotments in the Close Settlement.

It was unusual as this was 1915 and women weren’t expected to work (well upper and middle class, working class women had always worked) or go out and learn how to farm. But luckily times were a-changing and women were starting to break out of the Victorian mould of being dependant on men for their livelihood. Little did society realise that after WWI many women would never marry and therefore would have work to support themselves. The idea was to set the farm up as a women’s co-operative, where educated women could teach unemployed women who preferred to work outside rather than as servants or in factories, the skills they need to get work in the rural sector. Two of the women were Cecilia Annie Johns and Ina Higgins and they named the scheme The Women's Rural Industries Co. Ltd. Cecelia John a former poultry expert had had 3 years experience and had learnt the secrets of raising poultry in the Dandenong’s. She was able to rent a block through the Closer Settlement Board of 14 acres (5.5 hectares). 2 The Closer Settlement Scheme was a government idea that arose after the 1890s depression had begun to ease and the demand for agricultural land increased.3 Unfortunately, most of the good farming land had been acquired earlier by squatters or free selectors. In 1904, The Victorian government decided to buy back land from the large estates and break it up into smaller lot offerings to other people.

The site was originally part of a cattle run, leased by a squatter Alexander Macdonald from 1842 to 1852. In 1852 the Colonial Government revoked the lease took the land and decided to offer the land for sale by auction. In 1855 Macdonald bought 453 areas (183 hectares). It was eventually sold again (after Macdonald’s death) to William Harness McLorinan. In 1906 the land was acquired by the State Government who broke it up into 38 lots, the average size being 10-12 acres (4 – 4.75 hectares). Some years later, one of these lots became The Women’s Rural Industries Co. Ltd farm. Cecelia Annie John’s secured 14 acres. Cecelia was the farm manager and Ina Higgins was the horticultural instructor. The co-op was also supported by two famous suffragette women Vida Goldstein, Adela Pankhurst.

Cecelia Annie John born in Hobart 1877 and was a singer (contralto), feminist and pacifist. To pay for her musical training she started a poultry farm in Deepdene. She became a successful singer and performed with Metropolitan Liedertafel, the (Royal) Melbourne Philharmonic Society and with George Musgrove's German Opera Company. She moved to England and died in 1955.

Ina Higgins (Frances Georgiana Watts Higgins) was born in Ireland in 1860 and came out to Australia in 1870 with her mother and four siblings. Ina was a socialist feminist, women’s activist, a suffragette and one of the first landscape gardeners in Victoria after being one of the first women to study at the Burnley School of Horticulture. Ina and her sister Anna were in the first group of women to attend PLC (Presbyterian Ladies College), Anna went on to Melbourne University and their brother Henry Bourne Higgins was a member of the Colonial State Government for Geelong and member for North Melbourne for the Federal Parliament. He is best known for becoming the president of the Commonwealth Court of Conciliation and Arbitration and later a justice of the High Court of Australia.

Vida Goldstein (13 April 1869 – 15 August 1949) also went to Presbyterian Ladies College (along with Ina and her sister Anna) and was a passionate supporter of women’s suffrage, rights and social reform. She was the first woman in the British Empire to stand for Parliament but unfortunately was never elected. She was also a supporter of the Mordialloc Women’s farm.

Adela Constantia Mary Pankhurst Walsh (19 June 1885 – 23 May 1961) was from the famous British Pankhurst family who were leaders of the suffragette movement in England. In 1912 she enrolled in a diploma course at the Studley Horticultural College. She graduated but unfortunately she was not cut out for hard physical work. In 1914, Adela was ostracised by her mother and with a one way ticket was sent out to Australia where she became involved in the Mordialloc Women’s farm.

The farm is possibly modelled on three ideas. The first is Warwick farm in England which was a college founded by Daisy Grevillea, Countess of Warwick c1898. Its aim was to train women in the less physical branches of agriculture and horticulture. It may have also been influenced by Vida Goldstein’s father Jacob who had a strong social conscious towards helping the poor. He was involved in a labour forming project in 1892 setting up a farm near Leongatha where charity was not handed out indiscriminately but ‘scientifically organised’. The meaning of ‘scientifically organised’ is unclear to the author but it may have been influenced by Ina’s time at the Burnley School of Horticulture where the principal Charles Bogue Luffman (1897-1908) believed in training women in the science of horticulture to grow their produce. 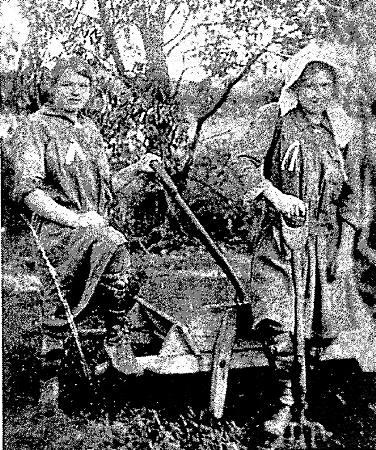 There was great fan-fare in the newsprint media of the time with many prominent people coming out and supporting the project. Several meetings were held in February and March 1915 in one of the Meeting rooms of the Melbourne Town Hall where the women meet to formulate their ideas and decided to start a co-operative where women and girls who weren’t interested in being maids or working in factories and who wanted to work in the rural industries could learn skills that would be able to help them earn their own money.4 According the gossip journal Table Talk they needed £300 to begin with and needed to raise between £700 and £1000 for the upkeep for the first year. To raise this cash it was set up as a Co-operative where people could buy shares at a £1.00 each. 5

The scheme had the support of Mr. Pescott, Director of Burnley School of Horticulture, who felt they could start out growing flowers for decoration, and seedling, flowers and plants, as well as small fruit plants like strawberries, cape gooseberries and raspberries and turning them into jam. As they became more experienced they could go out and give garden advice, how to prune fruit trees and roses and select suitable trees etc. They could also do design plans. Pescott said the women do remarkably well pointing out some of the best Melbourne gardens had been designed by women.

Only women would be allowed to work on the farm and the idea was to start with six women. It was Cecelia and Ina’s job to teach them the skills they needed. There were no fees to pay and the trainees received a home and some pocket money. There was a strong belief that the farm couldn’t fail as they were close to the markets of Melbourne to sell their produce of flowers, vegetables etc. Their plan was to start growing potatoes, fruit and onions. Later on in the scheme they planned to establish a dairy, keep bees and poultry.

The group associated with the Mordialloc project involved some very interesting women, although some very prominent society members such as Lady Allen and Lady Creswell probably were only investors and were unlikely to have done hands on work. Others had connections with the Women’s Political Association and many were interested in Socialism. Adela Pankhurst and Vida Goldstein were involved in the Suffragette Movement and were very involved in helping unemployed poor women.

However, the scheme and the Women’s Rural Industries Co Ltd failed. The State government failed to provide sufficient support and build promised infrastructure. Roads became impassable in winter, and a school was not provided for settlement children for some time. Equipment had to be shared and there were only five horses available to the thirty eight groups at Mordialloc so quite often the right times for ploughing to plant crops and harvesting for particular markets were missed by farmers. Subsequently, it was agreed by the administration that the quality of the soil was poor and the allotments were too small to provide a satisfactory income. 6

The reason why Women’s farm failed is possibly due to the leaders such as Cecelia, Ina, Vida and, Adela being distracted by other interests such as Women’s Political Association (Vic), the United Council for Women Suffrage (Melbourne) and Women’s Peace Army which may not have gone down well with the rest of the public at that time. Also it was in the middle of the First World War and most people were pre-occupied with that. Ina mother was old and Ina being the unmarried sister under took the task of nursing her until she died in 1917, so she would have a lot of distractions to take her away from the farm.

So for a scheme that entered the public’s imagination with such fan fare, good wishes and high ideals, it disappeared as quickly as it rose.