The Lew Wade and Hank Ebes vintage Tiger Moth at Moorabbin Airport after the air race from Perth to Sydney, 1976. 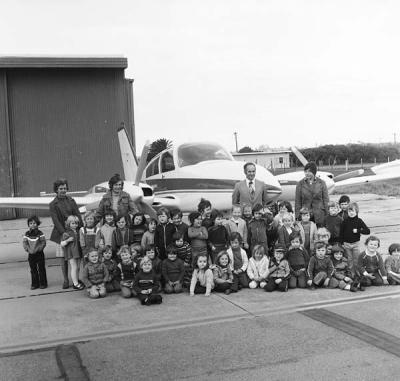 Prime Minister Ben Chifley’s last announcement of any great importance to the people of Moorabbin was made on November 7, 1946. It came via the pages of Standard Newspapers.

Chifley’s press release was to the effect that the Commonwealth Government was about to acquire a large tract of land at a cost of $280,000 to establish an airport.

The exact location was a little vague, although reference to the ‘Parish of Mordialloc’ stirred the locals into action.

The news began a controversy that raged for some years.

While on the one hand, it grew to be the busiest airport in the southern hemisphere, there have been infrequent moves by the Moorabbin Council to have it closed down and moved elsewhere.

To its detractors, it is a source of annoyance through noise and danger. In recent years, former councillor Don Bricker hammered the point that the great majority of flights were ‘rookies learning to fly’. 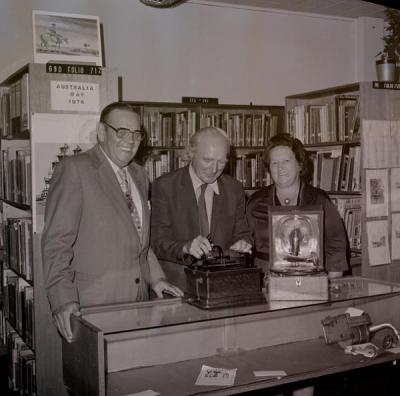 The outcry was loudest following the odd crash landings in a carrot field or on nearby golf courses.

Supporters of the airport look to it as an exciting local industry providing jobs and maintaining the historic links with an earlier airport at nearby Epsom Racecourse and the connection with Moorabbin’s own Harry Hawker.

Historian Tom Sheehy’s records show that Mordialloc’s Epsom Racecourse was the scene of Australia’s first aerial derby in 1920. During World War II, a strip near Wells Road was formed as an emergency landing alternative to Essendon.

Tom recalls that during the war a Mordialloc based volunteer operated the strip and guided a DC2 down safely, but then, in their enthusiasm, backed their truck into it.

Chifley’s bulletin that the land was to be acquired was the cause of many protest meetings in 1947. 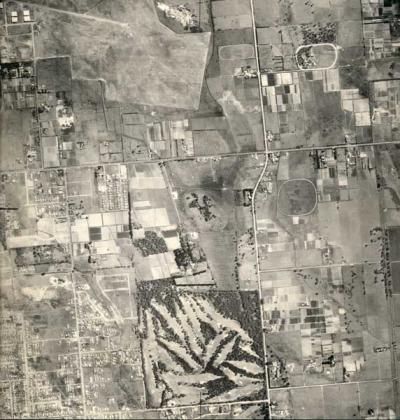 Sir Richard Williams, director of the Department of Civil aviation and an airman of the Harry Hawker era, wrote to the MCL assuring it that Woodlands Golf Club and Epsom Racecourse were safe from acquisition and pointed out the proposed airport was within the bounds of Moorabbin, not Mordialloc.

Heatherton market gardeners were the next to be alarmed and the Cheltenham Airport Protection League was formed by landholders who were prepared to fight for proper compensation for any property lost.

Tension mounted when a government works team began to knock down fences and bulldoze trees in the Heatherton cabbage patches to ensure fare flight paths for a squadron of Tiger Moths. 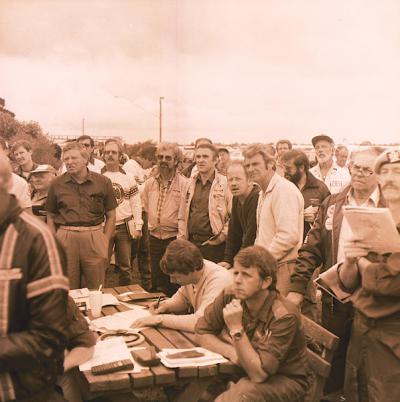 Aviators and planes at Moorabbin Airport, 1984.

Sir Richard Williams received more angry letters from the Cheltenham Airport Protection League demanding why Cheltenham had been chosen as an airport site.

The main reason, came Sir Richard’s reply, was its remoteness from houses. Indeed, the area around the airport consisted of paddocks and market gardens in those days.

The official opening of the airport was planned for July, 1948, but was cancelled after difficulties in getting the grass to grow over the airfield.

In the hot summer which followed, the airport was almost blown away in continual dust storms and by April, 1949, the opening date was still undecided.

There was a rumour, said Tom Sheehy, that Prime Minister Chifley was stalling on the date until it got closer to the elections, due later that year.

In the meantime, aircraft in difficulties, one with its engine on fire, were diverted from Essendon to Moorabbin in emergency landings.

Moorabbin Airport had a humble beginning, without fanfare, a week after the Menzies Government came to power with a promise to put value back in the pound.