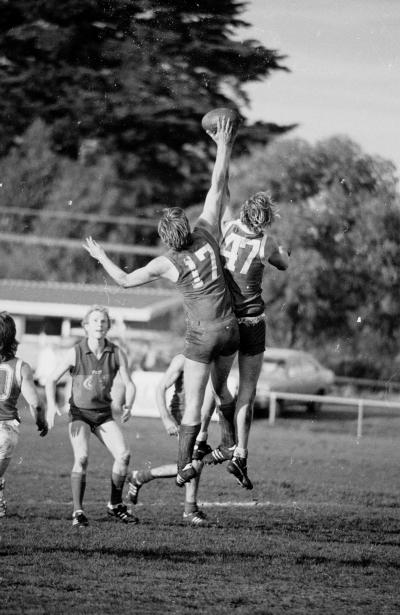 Carrum legend Roy Dore's community work overshadowed the footy field and by 1985 Graham Road Reserve ‐ home of the Lions ‐ was renamed in his honour.

Daughter Marie McIntosh recalls a sleepy Carrum, home to a grocer, barbers' shops and her grandfather's Station Street service station. Her grandfather moved to Carrum in 1920, where he began the first milk run with a horse and cart. He also operated the first Melbourne to Frankston truck run, delivering among other things beer and furniture. Sometimes the football club, along with friends and family, would clamber into the back of the truck for picnic trips to Mornington.

Roy's involvement in the community was prolific, from being a player, umpire, trainer and president of Carrum Football Club to his captaincy of Carrum Fire Brigade and presidency at Carrum Life Saving Club.

He was a great community man, captain of the fire brigade for 37 years and a member of the football club since age 15, recalls Marie. We were always involved in the community from church and calisthenics to local football.

His words of advice were:

If you're in an organisation, you must contribute not sit on the sidelines. 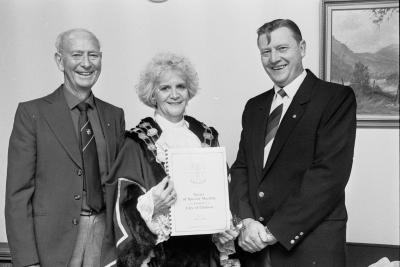 Some years later, after Marie's push to construct pedestrian lights on McLeod Road, a ‘pink campaign’ was run to elect a strong female leader to the City of Chelsea.

Over100 supporters attended a meeting at my home and we had big pink balloons everywhere,

Elected in 1984, Marie went to become the mayor and complete three consecutive terms before the City of Chelsea was amalgamated into the now City of Kingston. While football and sport were right at her heart, road infrastructure improvements and facilities for Chelsea Calisthenics were a big priority during her term.

When B.E.M. recipient Roy was commemorated in 1987 with the renaming of Graham Road Reserve, he was overwhelmed. "He loved Carrum," Marie says.

It's reasonable to say, what a lasting impression Marie and Roy have both left on the Carrum community. 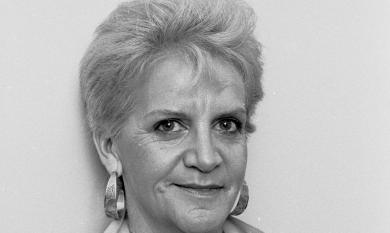