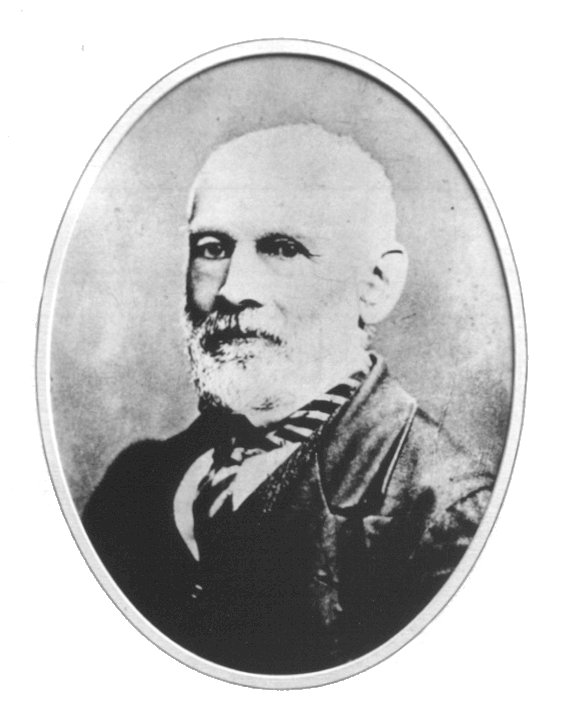 Balcombe Road, Mentone takes its name from Alexander Beatson Balcombe who had extensive land holdings in the Parish of Moorabbin in 1853. Much of this land was to become the site of present day Mentone.

On September 12, 1853 Alexander Balcombe purchased three pieces of land. One was Allotment C in Portion 49, an area of 54 acres, 3 roods and 24 perches located between what is today Balcombe, Beach and Cromer roads in Beaumaris. The following year Alexander proceeded to sell off small parts of this allotment to Thomas Double Rose, John Arbour William Allen, John Tamlyn, George Lewis and James Wiseman.

The two other purchases in 1853 were Allotments D and F of Portion 50. Three years later Alexander bought from Frederick Tyler Russell and Frederick Thompson Allotment E in Portion 50 which meant that he then owned just over 255 acres of land in one block. (This land was bounded by what are today Warrigal, Beach and Balcombe roads with a frontage of 4630 feet along Balcombe Road from Nepean Highway) This land became known as Balcombe’s Paddock or Balcombe’s Swamp because in parts the water was about three feet deep. When the swamp was dry, snakes infested the area and the long grasses would be cut and carted away for thatching of buildings and stacks.[1]

Alexander Beatson Balcombe born on the island of St Helena in the South Atlantic in 1811, was the last of five children born to Jane and William Balcombe. His father was the Naval Agent and Purveyor for the East India Company on St Helena and a friend of Napoleon Bonaparte who was incarcerated there on October 15, 1815 after his defeat at the Battle of Waterloo. Bonaparte’s first night on St. Helena was spent in a boarding house but from the next day until December 10, 1815, while his accommodation at ‘Longwood’ was made more habitable, he lived with the Balcombes at ‘The Briars’. [2] 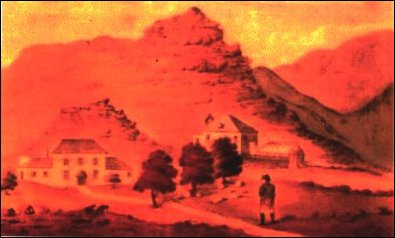 Sir Hudson Lowe, the Governor of the island from April 1816 was suspicious of the Balcombes because of their close association with Napoleon. Consequently the Balcombes were kept under constant surveillance and William was called almost daily to answer questions from the Governor relating to the purveyorship and the operation of Napoleon’s business accounts. [3]

On March 18, 1818 William Balcombe and family left St Helena for England on the Winchelsea never to return. An important factor in this departure was probably the difficult relationship William had with the Governor, Hudson Lowe, and he was also warned by a friend in London that it was advisable for him to return to England.[4] In addition Elizabeth Balcombe wrote, “In consequence of my mother’s health declining, from the enfeebling effects of the too warm climate of St. Helena, she was ordered by her medical adviser to try a voyage to England as the only means of restoring her shattered constitution.”[5]

Living in considerably reduced circumstances the family remained in England until 1823 when William was appointed to the post of Colonial Treasurer in the colony of New South Wales. To take up the appointment the family travelled on the Hibernia to Sydney via Hobart, arriving in April 5, 1824. During the voyage William’s eldest daughter Jane died.

William remained Colonial Treasurer until his death on March 23, 1829, a time when his affairs were in considerable disarray. His widow was left with land grants of 2350 acres at Bungonia, 30 km. South-east of Goulburn but no pension. She returned to London to plead her case and the Colonial Office gave her two hundred and fifty pounds to return to Sydney together with promises of government posts for her children.[6]

Alexander Beatson Balcombe became a clerk in the Commissariat Department after completing his schooling at Sydney Grammar School. He was dismissed from this position ‘for negligence’ in April, 1831 and after his mother returned from England in 1833, joined the family at ‘The Briars’, the family home at Bungonia.

On August 30, 1841 Alexander married Emma Juana Reid [7] of Inverary, in the Parish of Bungonia. His address at the time was given as Melbourne. Alexander had previously visited Port Phillip District in 1839 when he accompanied William Rutledge and party, and liking what he saw he resolved to return and permanently settle there.

The Sydney Morning Herald of September 14, 1842 noted that Mr and Mrs Balcombe and child departed for Port Phillip on the brig Christina. After their arrival in Melbourne Alexander and Emma stayed for some time at Merri Creek.

In 1843 Alexander and Emma travelled south to the Mornington - Mount Martha area which Alexander named Schnapper Point. Over a period of years he was able to purchase freehold title to a large portion of the area known as the Tichin-gorourke Station.[8] At the time of his death in 1877, he owned 1,079 acres which had been renamed ‘The Briars’ It was there that an orchard and vineyard were established, English oaks, English elms, Radiata Pines and olive trees planted, a dairy and laundry built and cattle run established.

The Briars was approximately 80 km from the Melbourne market along a roughly formed road, known as the Arthur’s Seat Road This distance was too great for cattle to travel without a rest period to recover condition prior to their sale. To overcome this problem Alexander bought land in the County of Bourke, Parish of Moorabbin at land sales on September 12, 1853. (The site of present day Mentone.)

Alexander while living at the Briars experimented unsuccessfully with wine production, was appointed a magistrate in 1855 and was the first chairman of the Mt Eliza Road board formed in 1860. Later he and his wife, Emma took up residence in their East Melbourne home, ‘Eastcourt’ where he died on September 21, 1877 aged 66 years.

At the time of his death Alexander Balcombe owned property in George Street, East Melbourne, twenty eight acres in Caulfield Prahran, two hundred and fourteen acres at Moorabbin,[9] approximately one thousand two hundred and thirty five acres at Moorooduc, ten acres at Frankston and two acres at Woods Point. The total value of this land was given as £13,289 including the property in the Parish of Moorabbin valued at ten pounds per acre, £2147.16.0

Alexander left all his furniture, books china and other household chattels to his widow, Emma Juana Balcombe and the right to reside in and collect the rents associated with the property in East Melbourne during her lifetime. At her death the property was to be held in trust for his five daughters: Jane Emma Balcombe, Agnes Elizabeth Balcombe, Maria Joanna Balcombe, Lucia Emily Balcombe and Alice Mabel Maud Balcombe. Each were to receive their share of the estate on attaining twenty one years of age or marrying whichever happened first. ‘The Briars’ was for the use of Alexander’s wife and on her death it was to pass to their son Herbert Henty Balcombe. Herbert was sixteen at the time of his fathers death. Land at Woods Point and Frankston as well as real estate in the County of Bourke was also to be held in trust for Herbert until he reached the age of twenty one.[10]

The main part of ‘The Briars’ remained with Alexander’s descendants until 1977 but the Balcombe land in the Parish of Moorabbin was sold in 1882 and it was on this land that the Davies brothers planned and created the sub-division named Mentone.