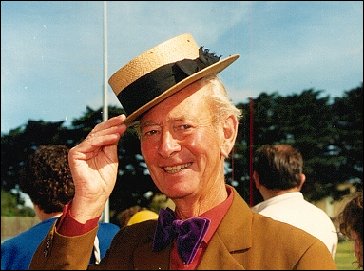 Francis Rowland McGuire was born at Burnley, Victoria in 1912, a third generation Australian. He was educated at Miss Sampson’s Private School, Burnley and Fitzroy Grammar School. Frank has lived with his wife Freda, in the Chelsea district since 1942.

At that time Frank recalls Chelsea as being a small community of about 15,000 people which expanded quickly after the war. “People were looking for cheap accommodation and didn’t mind travelling back and forth on the train to work in the city. There were a lot of week-end places. During the summer months many people moved out of their homes along the beach to live in their garages. They were then able rent their houses for about £100 a week; a substantial sum at the time. There were not many made or formed roads and there was lots of tea-tree along Station Street.” 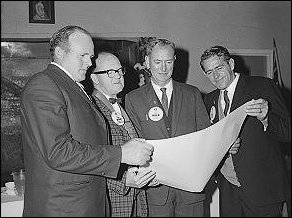 Because of a long family association with early Victoria, Frank developed a passion for local history. He was foundation secretary of the City of Chelsea Historical Society and for many years the society’s historian. In association with the society he was the author of Chelsea a Short History in 1965 and They Built a River in 1979. The former book was republished with the title Chelsea by the Sea in 1982.

After further research Frank complied a series of articles for the Frankston Standard and the Mordialloc-Chelsea News. This work was used as the basis for a book Chelsea: A Beachside Community published in 1985 as part of Victoria’s Sesquicentennial Celebrations. At the same time he prepared the book Mordialloc- the Early Days for the Mordialloc Community Committee.

In 1995 with the creation of the City of Kingston, Frank edited the publication City of Kingston, Origins, A Brief Pictorial History. This collection of photographs and Kingston chronology was sponsored by the Rotary Club of Chelsea.

Reflecting on the biggest historical events during the time he was historian of the Chelsea Historical Society Frank suggested, “The Centenary of the Patterson River when thousands turned up for the occasion that was opened by the Governor, and the Centenary of the Mordialloc-Frankston Rail link from July 30th to August 1st 1982 when several hundred railway buffs visited our little museum at Carrum.”

During Frank’s working life he had a variety of jobs. He started work at fourteen years of age at George Sholer’s Player Roll Salon on the third floor of Capital House, a building designed by Walter Burley Griffin. As Frank explained he was only at George Sholer’s for twelve months when the firm closed down but the experience led to other things.

Then followed other jobs including work in an office of a company making car number plates, the Pioneer Rubber Company, a part-time job as a balloon ‘blower-upper’, the Aeolian Player Roll department where he was paid thirty five shillings per week ($3.50), hawking vegetables, fish and rabbits around St Kilda, a trumpet player’s assistant and a cream vendor. The variety of jobs didn’t stop there. He sold shoes in the market with his wife Freda, ran a Servant’s Registry Office, had a cake shop, and worked at Woolworths before joining the Australian Army. Frank explained, “The variety of jobs were all in the Great Depression when we avoided going on the dole. Thousands were out of work including many highly trained professionals. The depression didn’t end until well after the war had started and money was around for the war machine.”

When Frank and Freda moved to Chelsea in the 40’s, Frank decided to give up working for the T & G insurance company and go out on his own selling clothes door to door. This led to setting up a shop in Edithvale and later at Chelsea. 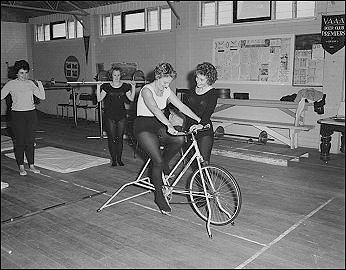 Another initiative was the establishment of a gymnasium in the clothing shop. “On Tuesday nights we would close the blinds and have a free weight training session for our customers. It got to the stage where it was a bit crowded so we moved the classes to the carpeted foyer of the Chelsea Theatre. At that time TV was just starting and mucking up the theatres. Later we moved to the Chelsea Athletics Club and began charging a small fee to the members of the weight sessions to help the Athletic Club pay the rent. This was not acceptable to the Council who owned the building so we moved again but this time to the Strand Palais Theatre.” It was there that the classes were held 1966 until 1984 when the business was sold.

Frank McGuire, well known in athletics, wrote Training for Race Walking, published in the USA in 1962 while he was National Walking Coach of Australia. He was honoured with the British Empire Medal in 1982 for “long and outstanding service to the sport of athletics”. 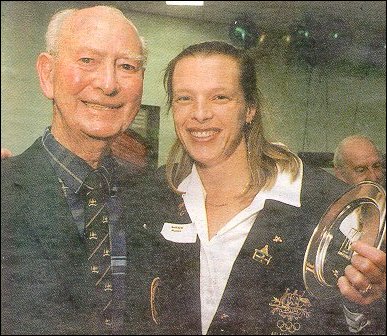 Now retired Frank continues to follow his interest in local history writing for the local paper and reporting the outcome of his research in the Newsletter of the Chelsea Historical Society.