The year 1901 was significant in the history of Australia, the year when six separate colonies came together to form the Commonwealth of Australia. The first Commonwealth parliament was held in the Exhibition Building, Melbourne on May 9, 1901 but at the local level the importance of the occasion had limited impact if the number and extent of the reports published in local papers are a true reflection of community feeling. 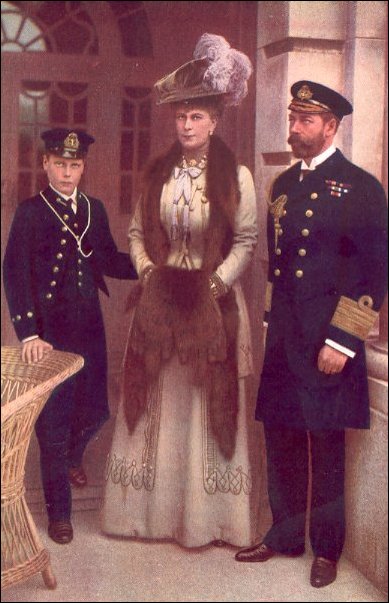 The Duke and Duchess of Cornwall and York with their son Edward, 1909.

The Duke of Cornwall and York, in the uniform of a British admiral, proclaimed the opening of the first National Parliament, and he and his wife provided the royal presence at the festivities surrounding the event. The Moorabbin News reported that ‘smart people’ had erected stands and offered seats to members of the public for £1 for the duration of the Royal couple’s stay in Melbourne or 10 shillings for a single day but noted with some glee that the entrepreneurs were forced to offer seats on the Monday for one shilling. “A reward they deserved for their avarice." The writer went on to comment that people valued their money a little more than giving ten shillings for “a fleeting show and the risk of being seated behind a woman with a three-story hat on." Pursuing the theme of inappropriateness of women’s hats he suggested that men should band together and campaign “to put down these women who were thoroughly selfish and did not care if they blotted out the whole show so long as the silly looking head-gear was borne aloft with safety." [1]

The same issue of the paper made no mention of the dress of Sunday School scholars drawn from the district, who together with the Rev Alfred Caffin and Councillor Penny took a ‘prominent part’ in the welcome to the Duke and Duchess. They no doubt dressed for the occasion, as did those State School students participating in tableaus and displays which emphasised the link with Britain and the Empire. They were dressed in costumes representative of the English, Scotch, Irish and Welsh nationalities. 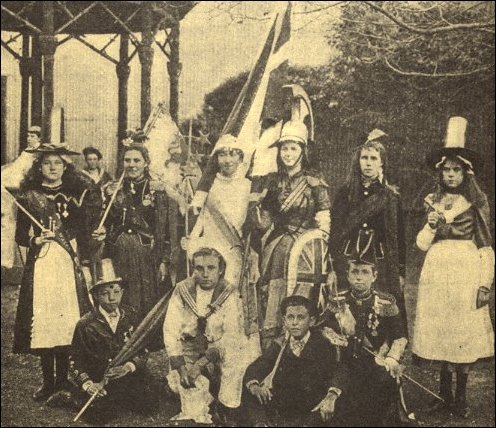 State School children who took part in a display for Duke and Duchess of Cornwall and York.

An afternoon assembly of students at Cheltenham State School, a few days before the opening of parliament took part in a ceremony of hoisting the flag, the Union Jack, on a newly erected flagpole, sang “The Grand Old Flag" and listened to talks by Cr E T Penny, Cr Storey and Mr Comport a Justice of the Peace and a prominent resident of Cheltenham. Cr Penny said, “he was glad to take part in the ceremony as the flag of England was symbolical of England’s power and greatness, and it also gave protection and liberty to those who lived under it."[2] Cr Storey according to the same newspaper report, exhorted the young people to be true and loyal to the great nation of which they formed part," while Mr Comport asked the children to “at all times to ‘Fear God and Honor the King’."

Twelve days later the Cheltenham students together with other school students in the district took part in a coordinated flag raising ceremony to commemorate the founding of the Commonwealth parliament. At 12.50 at Cheltenham, Mentone, Heatherton and Mordialloc schools the flag was raised and saluted. At Mordialloc Mrs West, the post mistress, gave the signal to commence the ceremony and Major Rigg, the head teacher made a few remarks after the singing of the national anthem, ‘God Save the King’. The remainder of the day was given over to sports and eating. [3]

Eating was also an important part of the festivities at Mentone where Mr Scudds of the Mentone Hotel provided the special treat for the children. The Rev J Heiffor Hill gave “an address suitable for the occasion and several patriotic songs were nicely rendered by the school children, after which the Commonwealth medals were presented to each child by Cr de Henzell Storey. In the afternoon a series of sports were conducted and prizes to the number of sixteen were distributed by Mrs Caudwell." [4]

The Cheltenham event followed a similar pattern to that of neighbouring schools but the Moorabbin Brass Band was present to accompany the singing of the National Anthem and the Cheltenham Rifle Club provided a royal twenty one gun salute. Young John Allnutt as flag captain, elected by his fellow students, had the honour of hoisting the Union Jack. [5] Cr E T Penny, then addressed the children on their duties to the flag and empire, and distributed to the teachers and scholars the Commonwealth medals struck by the Government for the occasion. During the remainder of the day the band played several patriotic selections and the children participated in sports, received a bun, lollies and a ticket for a ride on the merry-go-round located in the school grounds. The Brighton Southern Cross reported that the “two turners at the merry-go-round were soon exhausted but Messrs. Butler and Curtin proved splendid reservoirs of motive power and were worked accordingly." [6] 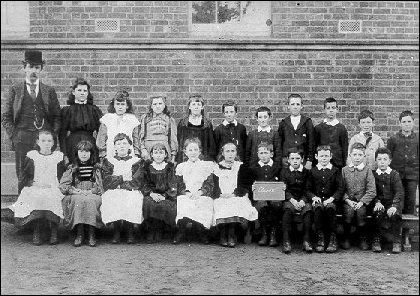 At Heatherton Mr W H Keast, Member of the Legislative Assembly raised the flag and gave one of the patriotic addresses in the presence of all the students, Mr Hotton the head teacher and his staff, and a fair gathering of parents. Mr Keast had previously presented the school with its flag-pole and flag. After three cheers for King Edward VII, and the donor of the flag, all present adjourned for afternoon tea provided by the ‘ladies of the district’. [7]

Reviewing the week’s activities ‘Man in the Street’ wrote in the Brighton Southern Cross that “it was a high old time, but a week was about enough," and expressed some sympathy for the Duke and Duchess having to move between lines of intent gazers and loyal enthusiasts in an atmosphere of curiosity. It was not something he would want to do! For him the sight of the royal visitors did not leave any strong impressions as he explained, “After a long wait, the reward was scant and transient; and what with other heads bobbing in the line of vision, and a trooper on horseback getting in direct line, it was but a very hasty glance which one had to confirm the previously seen photographs." [8]

A Southern Cross reporter praised the brilliance and completeness of the arrangements made to celebrate and mark the opening of the First Federal Parliament in the presence of the Duke and Duchess of Cornwall and York. For him it was a display of Australia’s loyalty to the British crown. [9] This loyalty and pride in the British Empire was also a feature of the addresses given by public figures at school ceremonies when hoisting the Union Jack and distributing a commemorative medal to students and teachers. But the celebrations were a short interlude in the lives of the people of the district whose immediate concerns were with water reticulation, sons involved in the Boer War, gas supply, train stations, and the day to day tasks of surviving.