Thousands of black and white photographic negatives were locked away in a small room at 2 Railway Road, Cheltenham. They were the product of many, usually unnamed, newspaper photographers working for the Standard News from the early sixties to the late eighties. Most negatives were stored in small brown paper envelopes with brief descriptions provided by the photographer together with the name of the newspaper in which the final print was to appear. There was also a sequential cataloguing code included on the envelope but the meaning of the code had been lost in time. 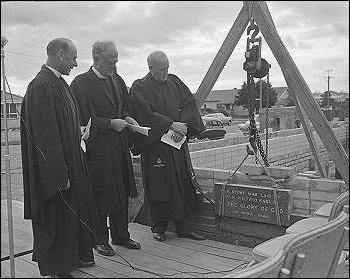 The Rev Wilfred Harvey, the Rev W Lade and the Rev Leonard Coulthard at the laying of the foundation stone of the Methodist Hall of Remembrance, Mordialloc. Mordialloc News, April 25, 1963.

These images reflected much of the history of the district now part of the City of Kingston and in neighbouring municipalities. Mayors and councillors of the cities of Mordialloc, Chelsea, Sandringham and Moorabbin were well represented. Induction of school prefects, awards to scouts and guides, opening of the bowls season at many clubs, presentation nights at sporting clubs, mayoral balls, Anzac parades, laying of foundation stones of churches, and opening of public buildings were all included. In addition there were photographs associated with weddings, engagements and twenty first celebrations. In short, a treasure trove of local history. 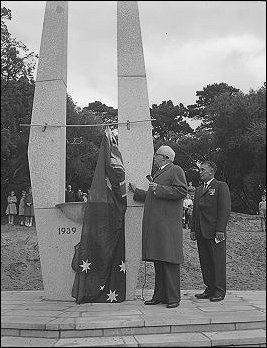 A chance call to the Managing Director of Leader Newspapers in 1997 revealed the existence of this prize collection. It started with a telephone call to Laurie Coglan from Kingston’s City Historian who was attempting to gain access to one photograph published in a local paper. Mr Coglan said they had a lot of negatives stored in a room at Cheltenham which they wanted to clear out. “Are you interested,” he asked. The upshot was a referral to the Manager of the Southern Division of Leader Newspapers who in turn referred him to Susan Windmiller, the chief photograph of the Division. From there the transfer of the negatives to Parkdale Library began.

The negatives had originally been stored at Cheltenham but had been transferred to Blackburn to be destroyed. At the time this act was to be implemented, key personnel in the Leader Group changed and the negatives stayed for a while in a garage. Photographers from the Southern Division then rescued them and returned them to the Cheltenham offices where they were placed in a storeroom adjacent to the toilets. It was from there they were removed to Parkdale.

Enclosed in envelopes which were in turn stored in cardboard boxes, the negatives were in general disarray. No doubt some of this disorder was caused by their movement from place to place and from attempts made to find spare space in the small room. Each envelope recorded a number and the newspaper in which it was to appear. Not all images made it to the publication stage and in some instances multiple photographs were taken of the one event. 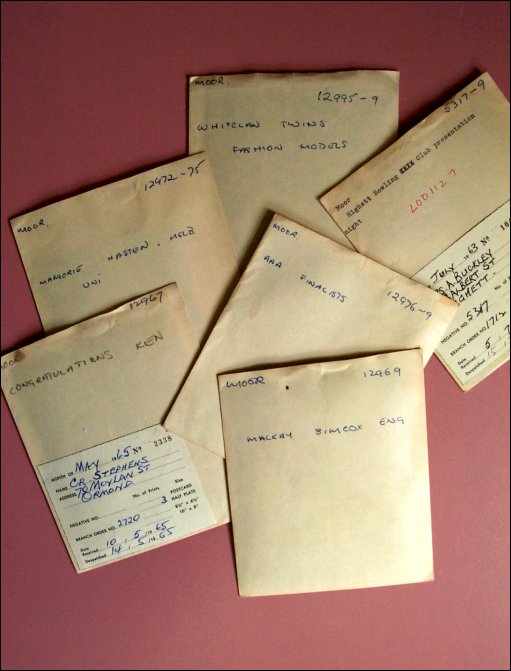 Envelops containing negatives. Where a person ordered a print of the negative the order was noted on a docket attached to the envelope.

The information contained on the envelope was key in restoring some order. Negative were first sorted into newspaper sources - Moorabbin, Chelsea, Mordialloc, Sandringham, Frankston, and Springvale. Within each source they were placed in sequential order according to the number recorded on the brown paper envelope. Then from the total collection a selection was made of images considered to have ‘historically’ significance in the future. Examples were photographs showing: Sir Rohan Delecombe, Governor of Victoria at the opening of the Sandringham Memorial Hospital, an anniversary celebration at Christ Church Dingley, an electric jug, burnt out shell of the Mentone Baths, Mayor of Chelsea prior to departure to a function at Government House, a self service shop at Mentone, and kindergarten children visiting the fire station. Once the initial identification was done the fun began. 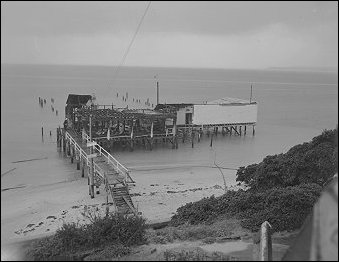 Burnt out Mentone Baths published in the Mordialloc News, August 9, 1962.

The photographers’ comments on the envelopes were cryptic. Rarely were the names of people included in the photographs noted. Where they were given they were not always spelt correctly. From a historical point of view to make each photograph more useful, information about people, place and time was important. So began the search.

The aim of what became known as the Leader Project was to catalogue that part of the collection considered to be of historical significance and to store the remainder. Photographs of weddings, engagements and twenty-first celebrations for this task were not considered historic. The objectives were to record the information relevant to each selected photograph, to preserve the image for future generations, to make the information available to people interested in local history and to use them in promulgating our history. To facilitate this process an application was made to the National Library of Australia for a Community Heritage Grant.

The application was successful and a grant of $5000 was made. The City Historian travelled to Canberra to receive the cheque and at the same time take part in a workshop on preservation, management of historical records and to learn what others were doing. It became evident that the adoption of a software package “In-Magic” was the way to go. This program allowed for a text search, provided for the integration of images with a text database and was already being used by many institutions thus allowing for future networking. The program was purchased and two aspects of the project began.

One aspect was to search the newspapers for information about each image. This data included details about the event or people portrayed, the newspaper source and date of publication. Names of photographers were also added where they were known. Each image was given a unique number and its location was noted to aid retrieval if ever required. All this information was stored on the computer using the In-Magic Program

The second aspect of the project was scanning the images, as part of the preservation and access objectives. Each image was scanned to two levels of resolution as recommended by the National Library - 75 dpi and 300 dpi. The results were then burnt onto a CD with a copy being made for archival purposes and another for research and reproduction. The higher resolution being more suitable for publications and the lower resolution being used in association with the In-Magic program and the City of Kingston Historical Web Site. (The lower resolution negative images were converted to positive images and stored on the Council computer.) Carmel Hogan, a library volunteer, had a crucial role in the scanning aspect of the work.

Over a period of 30 months the work of searching for information, entering data, and scanning images continued. During 2000 a trial version of the In-Magic data base was constructed and found to be successful. Here the words and the photographs were brought together making it possible for the data base to be searched by anyone interested in the local history of the district. By the end of that year the first volume of the Leader Collection was prepared with 3000 images and ready to be released. Two members of the Information and Library Services of Kingston were responsible for this. Martin Dickerson handled the technical aspects and Tara Pearmain the graphics.

On February 21, 2001, the Mayor of Kingston, Cr Arthur Athanasopoulos launched the CD and Andrew Rennie the Chief of Staff of the Leader Newspapers (Southern Division) made presentations to the historical societies and to individuals who had made a significant contribution to the success of the project to that stage.

Work immediately commenced on selecting photographs from subsequent years, searching for detailed information in the relevant issues of the Standard and later Leader newspapers, scanning the images and planning the burning of a second CD. The work seemed to be unending but the team received a motivational boost for their work when the first CD was awarded a ‘Commendation’ in the Local Community History Award program from Information Victoria and the Royal Society in May 2001. 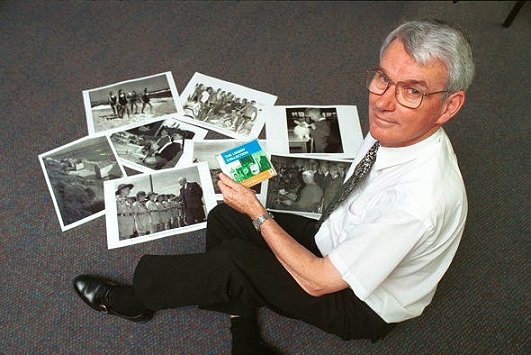