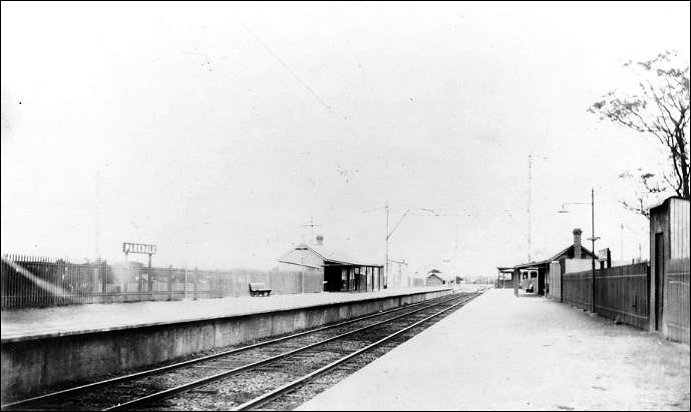 Glowing advertisements together with free rail transport and sumptuous refreshments served in marques were all part of a strategy used to lure potential land purchasers to land auctions and sales in the early 1900s. The presence of public transport was often key to successful sales. Land owners, in general, valued easy access to railway stations because it invariably added value to their property and increased the sales potential in any proposed subdivision. But not all people agreed with this attitude. One resident in the vicinity of Parkers Road was concerned that the establishment of a station would add value to his property which in turn would attract a higher Council valuation and consequently higher rates, an assessment that amused other people attending a public meeting supporting the request for a station between Mentone and Mordialloc in 1908. [1]

When the single track line from Caulfield to Mordialloc was first opened on December 19, 1881 eight stations were constructed; Glenhuntly Road (Glenhuntly), North Road (Ormond), East Brighton (Bentleigh), South Brighton (Moorabbin), Highett Road (Highett), Cheltenham, Balcombe Road (Mentone) and Mordicalloc. [2] Steam locomotives hauled the first trains on a single track. This continued to be the case until seven years later when in 1888 the line was duplicated. It was in 1922 the line to Mordialloc was electrified.

At a meeting held in December 1908 at the Mentone Recreation Hall, Cr Small explained the argument he put to the Premier of Victoria, Sir Thomas Bent, for a station at Parkers Road. A new beachside suburb attractive to holidaymakers would be created with little cost. Already the land on the seaside had been sub divided and was now owned by 250 individuals, so many would share any benefit accruing from a station. Some of these owners had already built residences and others would be encouraged to do so with the creation of a station thus making the venture profitable with additional customers he claimed. However despite his efforts Cr Small received a letter on October 9, 1908 from the Railway Department stating they could not agree to the proposed station because the distance between Mentone and Mordialloc was only two and a quarter miles.

To bolster his case Cr Small had suggested to the authorities that the property owners would contribute from £200 to £250 towards the costs but people at the meeting did not universally support this suggestion. Mr C Caudwell who conducted a substantial timber business both at Mentone and Mordialloc, argued that as the authorities would benefit from the revenue of the operation they should bear the total cost. Nevertheless the meeting agreed that a deputation should meet with the Minister of Railways to promote the cause.

The meeting with the Minister did not produce any concrete result and the plea of residents and landowners for a railway station between Mentone and Mordialloc remained dormant for several years. In 1914 when a proposal was announced to build a new station on the Frankston line but in the Shire of Dandenong, beyond Mordialloc, Cr Small moved at the Moorabbin Council that the local politician should be requested to urge the Railway Commissioners to build a station at Parker’s Road. [3] The First World War intervened before any action could take place, drawing attention and resources away from local concerns for several years, but on its cessation the Mentone South Progress Association reactivated the cause. 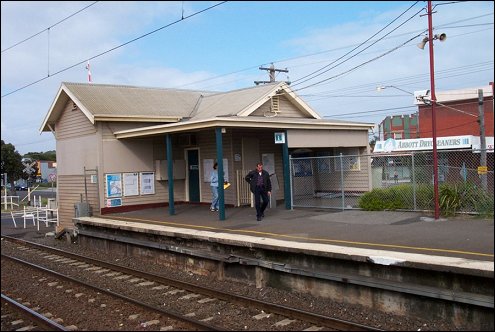 In April 1919 a letter from the Railway Commissioners was received by the Moorabbin Shire Council asking for possible names for the new station to be constructed at Parker’s Road. While some of the councillors realised the Mentone South Progress Association was canvassing the issue they felt obliged to respond to the request. They offered three names in order of preference; Ramsgate, Rosella, and Dover. Cr Brownfield suggested Rosella because it was the name of one of the first residences in Mordialloc, owned by Mr Randall and it was built not far from the site of the new station. He would have suggested Parker as a name as it was the name of an early landowner who had substantial land holdings in the area, including land close to the station, but he thought Rosella was better. During the discussion other names were put forward but rejected in favour of the above three. The Mentone South Progress Association recommended the name Dover because of its association with Dover Slopes, the title given to a section of the local foreshore. [4]

None of the three names proposed by the Council were acceptable to the Railways Departments. Rosella and Dover were thought subject to confusion with Rosanna and Dobie, two stations already in existence at the time. Given the rejection of their original suggestions the council members canvassed new possibilities. The Railway Commissioners, like the Mordialloc Progress Association rejected Ramsgate as a possibility because of its preference for Australian names and as a result councillors suggested Balrook and Bowong; Balrook meaning heath and Bowong, an aboriginal name for wild currant. Cr Brownfield offered Bowyang the name of the string that held market gardeners’ trousers to their legs, but the councillors with some amusement rejected this idea. [5] Finally the two names Bowong and Parkdale were submitted. Parkdale derived from Parker, “a good Australian name”, was accepted by the Railway Department. [6] 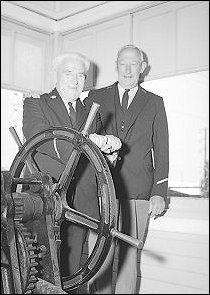 The new station was officially opened on September 1, 1919 more than ten years after the agitation commenced for its creation. It was an occasion that local people thought was worthy of some recognition and celebration but others did not share this view. A reporter in the Moorabbin News wrote, “It is surprising that neither the railway department nor the Moorabbin Council deemed the opening of the new station of so little importance that they declined to signalise it in even so minor a degree. [7] The reporter went on to point out that the railways were undoubtedly going to receive substantial revenue from it, and the municipality much increased valuations, numerically and monetary to justify his criticism.

The Mentone South Progress Association, soon to be renamed the Parkdale Progress Association, was not prepared to let the occasion go without some sort of recognition so they organised a function without speeches for children the following week. On that day at 3 o’clock adjacent to the new station about 500 individuals attended to take part in the games and eat the refreshments.[8] There were aged races for boys and girls 5 to 14 years, wheelbarrow races, egg and spoon races, potato races and combined races making for an enjoyable day and one participants would be able to recall later as the time when ‘Parkdale’ was created. 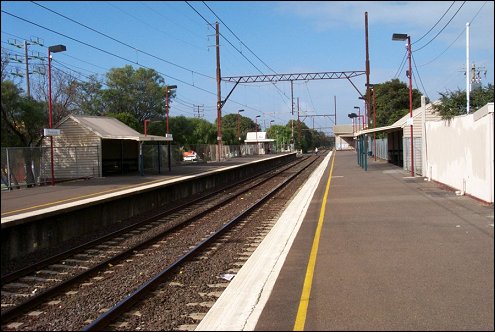