William Mair: Soldier and Board Chairman 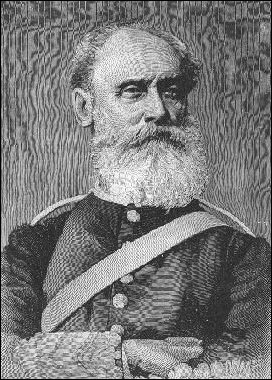 William Mair was one of the founders of local government in what is now a substantial part of the City of Kingston. This reflected his interest in local issues, but by profession he was a soldier. Born into a military family in Glasgow on August 31, 1806 William’s father was Hugh Mair, an army veteran with forty six years service with the Black Watch. This service included fighting in the Egyptian campaign of 1801 and later in the Peninsular War under the leadership of the Duke of Wellington against Napoleon Bonaparte. [1]

After attending schools at Inverness, Glasgow and Londonderry, William Mair received his first commission in 1830 in the 99th Lanarkshire, Regiment of the British Army. He commenced his overseas service in Mauritius the following year. While there he was promoted to Lieutenant before returning to Ireland in 1837 where he remained for four years. It was in 1841 that he came to the Australian colonies on the transport Richard Webb, responsible for the guard supervising a consignment of two hundred convicts travelling from Dublin to Van Diemen’s Land. After arrival in Hobart he continued on to Sydney where he landed in January 1842.

In February 1843 Sir George Gipps, the governor of the colony, appointed him to be adjutant and paymaster of the New South Wales military mounted police force, then employed in the suppression of bushrangers and others engaged in illegal acts. These duties gave him the opportunity to travel to outlying stations such as Maitland, Penrith, Bathurst, Goulburn and Yass, and with the permission of the Superintendent of Port Phillip, Charles La Trobe, he rode as far as Port Fairy before returning to Sydney via Albury and Goulburn in January 1844. [2]

On July 13, 1846 a serious altercation occurred between Roman Catholic and Protestant Irishmen outside the Pastoral Hotel in Melbourne necessitating the intervention of the military and the reading of the riot act by the mayor of the city. A small number of Orangemen were making preparations for an anniversary banquet when they were attacked “by an armed rabble of the lowest description of the Irish papists” according to the Argus report. [3] The Mayor of Melbourne, J. F. Palmer, reported to Superintendent La Trobe, “About half-past two o’clock, on the afternoon of the 13th instant, the banners of the Orange Society were exhibited at the windows of the Pastoral, which immediately operated as a signal to the opposite party, who soon after assembled in force on the spot, and demanded that the colours should be withdrawn, this demand not having been complied with, the clamour of the opponent party became louder and the numbers rapidly augmented; at the same time, several among the crowd and others hastening to join in were observed to be armed with fire-arms.” Palmer went on in his report to highlight the fact that the police force under his command was, with one exception, exclusively composed of Irish; and that on the occasion of the riot it could not be prevailed upon to act. [4]

Following the riot, the town magistrates met and proposed to the government that ten additional constables should be appointed and the daily rate of pay for constables increased to three shillings. The Argus, while reporting this meeting, pointed to the “glaring incapability of the men in authority”. [5]

It was in October 1846 that Superintendent La Trobe acted to appoint additional mounted police and asked William Mair to take command of the unit. [6] As a result Mair resigned his position as adjutant in Sydney and rode to Melbourne enlisting men to the detachment as he progressed. He was promoted to the rank of captain and remained commandant of the force until it was recalled to Sydney in 1849 to be disbanded. He then accepted an appointment by Sir Charles Fitzroy as a commissioner for the settlement of disputed boundaries of pastoral runs in Gippsland. Having successfully completed this task, he was appointed in January 1851, to the position of police magistrate for Belfast, later to be called Port Fairy. [7] His task was to establish police courts at Belfast, Warrnambool and Hexham, and to preside over their deliberations. In the following month Mair was also made a trustee of the Belfast Branch of the Port Phillip Savings Bank. [8]

With the discovery of gold and increased mining activity in Victoria, Mair was transferred in September 1851 to Buninyong and Ballarat where he established police courts and acted as chief commissioner in charge of the Ballarat goldfields. Sheehy records that in 1852 Mair was asked to “enrol, equip and drill a mounted police force for escort and other duties on the goldfields, and at a depot in Melbourne he recruited 12 officers, 18 gentlemen and 250 troopers, the first cadet corps raised in the colony.” [9] At the commencement of the next year the various police units existing in the Port Phillip District were amalgamated and Mair became the paymaster of the new group under the command of W H Mitchell, a task for which he received an annual salary of £700. He remained in the police force until January 1875 but had resigned and sold his commission in the army twenty years earlier.

Although no longer holding a commission in the permanent military forces, Mair maintained his interest in military affairs by joining and taking command in 1860 of the newly formed unit called the Brighton Volunteer Rifle Corps. [10] It was while serving in this unit he was promoted to the rank of lieutenant colonel. Later he was appointed to the command of the St Kilda volunteer district, and in 1875 to the Melbourne district where he remained until January 1884. He eventually retired from military service two years later with the honorary rank of colonel and the Victorian Decoration. [11] 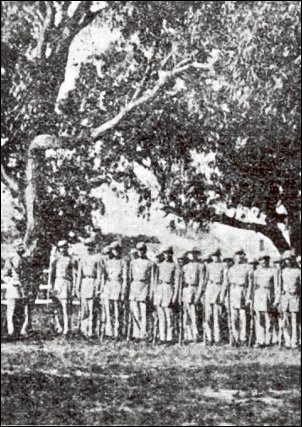 In addition to his military service William Mair played an active role in local community affairs serving for several years as a magistrate on the police bench at Brighton and as chairman of the Moorabbin Road Board. He was approached by landholders E Townsend, J Brown, John Miller, Joseph James and William Keilor and householders G Middleton, David Cameron, Joseph James, James Wilkins, Thomas Edmeads and James Exley to convene a meeting of Moorabbin District residents to elect the members of the Moorabbin Board. It is said that he stood on a barrel at Jesse Morley’s hotel in South Brighton before a crowd upwards of 200 people so that he could be seen and heard. [12] Twenty three men were nominated for office but Francis, West, Miles, Collyer, Townsend, Brown, Learey and Hughes were finally declared elected together with William Mair. At the first meeting of the Board, Mair was elected as chairman, a position he held for four subsequent years. During that time the Board considered and made decisions about road tolls, rates, construction of roads, the establishment of the offices of the Board and the appointment of its officers. On his retirement from the Board in 1866 his fellow members presented him with an illuminated letter thanking him for his contribution in “discharging onerous and oftimes difficult duties” and acknowledging his “gentlemanly and honourable bearing and character”. 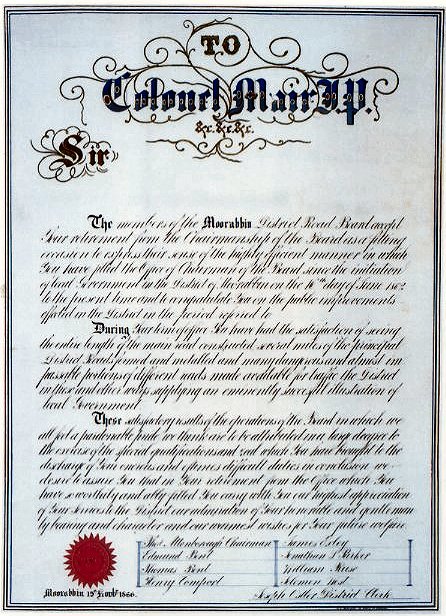 Colonel Mair’s Letter of Citation on his Retirement from the Moorabbin Road Board.

Col Mair lived in his residence on the Esplanade (Beach Road) on the south side of South Road from where he continued to maintain an interest in community affairs, writing letters to the shire council, and serving on the police bench at Brighton. His letters to council usually related to the completion of work tasks. For example, he wrote requesting the fencing of part of the beach reserve and the kerbing and channelling of a street in his vicinity. [13] Invariably the councillors turned down his pleas citing lack of funds. On October 7, 1875 the Secretary of the Council wrote to Mair to ascertain by what authority he claimed to exercise control of the beach reserve west of the Beach Road between the Terminus and Picnic Point. His answer to this enquiry is not known.

He retired to Nyora, Gippsland, where he died on 1 January 1904 aged ninety seven from exhaustion and senile decay. Charles, one of his four sons and six daughters from his marriage to Catherine, nee Lyons, reported his death. [14] A report of Colonel Mair’s death in the Brighton Southern Cross pointed out that his invaluable services to the district was worthy of some recognition and suggested that the street running along the eastern boundary of the Brighton Cricket Ground should be gazetted as Mair Street so that his name was preserved for posterity.[15] This was done, a modest reward for his significant contribution to the early development of our community. 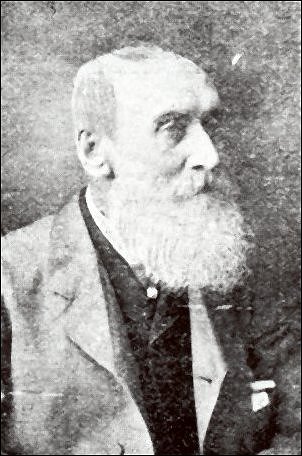 An older Colonel Mair. Courtesy of the State Library of Victoria.