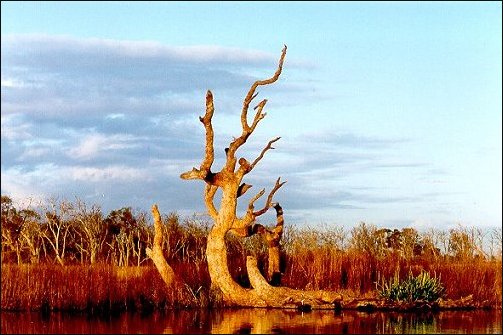 In 1861 a large area of the Carrum Swamp was opened up to local farmers to graze their cattle in summer. [1] Initially 4960 acres was declared a ‘farmers common’ and extended a month later by 3000 acres.

Seven years after opening the land up for grazing a survey of the swamp was carried out by Hodkinson and Couchman on behalf of the Lands Department. They commented favourably upon the future use of the land for agricultural purposes, provided effective drainage works was provided. Following their report, in 1871 the land was made available to individual to ‘select’ portions which after ten years they would be granted the title provided they had met conditions; such as paying a rent of two shillings per acre per year, cultivating one acre out of every ten, residing on the property, erecting fencing and making other capital improvements. There was provision however, to gain the ownership of the land after only three years on payment of the balance of fourteen shillings per acre.

The government’s action of opening the land to selection incensed at least two individuals. One believed the land was being disposed of at a third of its true value without great benefit to the community while the other was distressed by the loss of grazing rights in the summer period, and at times of drought. They expressed their anger at the action of the government and their political representative by writing to the Brighton Southern Cross newspaper.

Sir:
You are probably aware that the Carrum swamp and other land near Mordialloc, constituting the Moorabbin Farmers Common, has been lately thrown open for selectors, and nearly the whole of it is said to be pegged out by selectors. The quantity of land thus selected amounts to several thousand acres. If it had been put up by auction it would no doubt have realised as much as two or three pounds per acre, now the selectors will have it for less than one pound per acre. There is then a loss to the revenue of several thousand pounds by allowing this land to be thus selected. In these circumstances one is led to ask who are the persons thus benefited to the extent of several thousands of pounds, and is it for the benefit of the community at large, that such an arrangement should take place?

Now, first, one would like to know who are the individuals who have pegged out this land, and thus seek to appropriate to themselves land worth three pounds per acre for one pound. It is reported that the family of an individual in the neighbourhood, holding a large quantity of land freehold, intend to have a good slice of the above land. Of course we can’t blame them, if two or three thousand pounds are put within their reach, why should they not attempt to lay hold of it as well as nay other individual? But the question is a very natural and reasonable one. Why should the family alluded to, or any other persons have this land at one third its marketable value? I am quite at a loss to conceive of any reasonable answer that can be returned to this question. When this land comes to be fenced in by the selectors, we might on passing by ask the question. How is the community at large benefited by this land being given to the selectors at one third of its value? In this case it could not be said that it could not have been disposed of by auction. On the contrary, government has been applied to more than once that it might be put up to auction, and some of the parties who have now pegged it out, would have been willing to purchase it that way.

Perhaps persons grossly ignorant of agricultural matters amongst us at present, might say, it is desirable to settle people upon the lands, and in order that this may be done to let them have the land at considerably less than its auction value. But it is desirable in the present state of the agricultural markets to settle additional multitudes of people upon the land. The present prices of agricultural produce shows that production in that quarter is already overdone. The result of the present system is that multitudes of poor people are settled upon the land who can neither do any good for themselves nor get for the community at large.

All the best lands are rapidly being alienated from the crown, and soon in one way or another they will be gone. It is therefore a very important practical inquiry. Is the system we have been pursuing a right one? It is an unfortunate thing in these new countries that discussion upon the most important matters is completely stifled. Certain notions obtain currency through place, hunters, politicians and venial newspapers, and discussion is not allowed. People don’t think for themselves, but allow themselves to be led or driven like a flock of silly sheep.

In conclusion I ask again, why should Mr. So and So be allowed to have the land constituting our Farmer’s Common at one third of its value.

‘J.M’ was often a correspondent to the Brighton Southern Cross writing on local concerns. The following week he was writing about the ‘Opening of the Cerberus on a Sunday’. It was in that same issue of the newspaper that ‘Very Vexed’ recorded his concern about the loss of the Farmers’ Common and his disappointment with the lack of action from his political representative, Thomas Bent, in maintaining ‘these providential blessings”.

Sir
….The member (Bent) would have been doing his constituents a better service by using his position in opposing the appropriation of our common grazing ground by a few persons for their own private use. We confess to be more than a little surprised at his conduct in this matter, considering his professed ability to perform all sorts of miraculous things for our benefit during the delivery of his election addresses. … but the loss of our common is more than a common loss; in droughty seasons, when the grass was withered and burnt up in the paddocks connected with our homesteads, the Carrum swamp was a very land of Goshen, where we could drive our cattle and save them from starving until the rains came and renewed our own pasture. We have been in the habit also of resorting there for our winter stacks of stable bedding, but now we and future generations are now be deprived of these providential blessings by a mere freak of a temporary government, aided by the silence of our own representative. The land will now be fenced by a dozen or so of fortunate persons, and made over to them and theirs for ever, while we the community of Moorabbin and Brighton will for ever have to suffer for the loss of our Common.
Yours respectfully,
Very Vexed 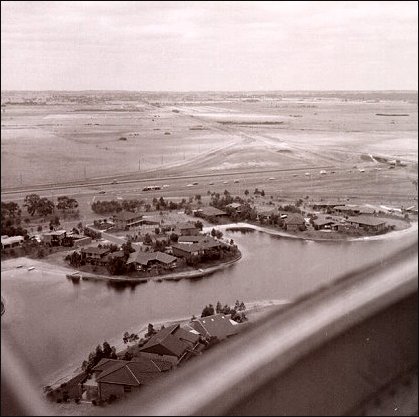