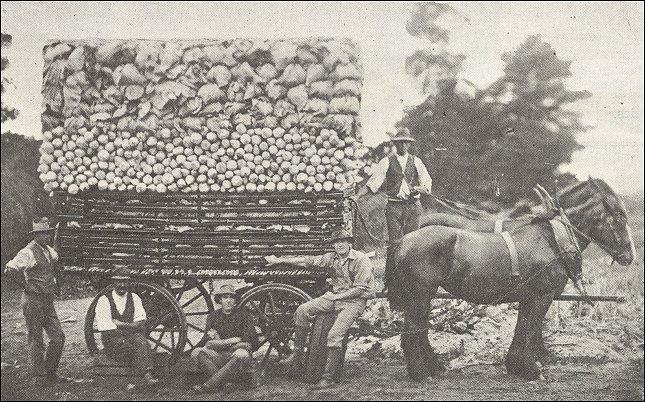 Jonas Hawke’s at the reins of his loaded wagon.

The easily worked sandy soil of the Parish Of Moorabbin was a source of an excellent food supply for the rapidly growing population of Melbourne in the late nineteenth century. Potatoes, cabbages, onions, lettuce, tomatoes and other vegetables grew in abundance. To get these crops to markets in Melbourne market gardeners initially used horse drawn wagons but with the coming of motorized vehicles in the 1910s they gradually adopted the new form of transport.

For many of the lorries, the coach work was provided by White Bros a blacksmith and body building operation on the corner of South Road and Nepean Highway at Moorabbin. Started in 1853 by Percival White the family business continued until 1973. [1] 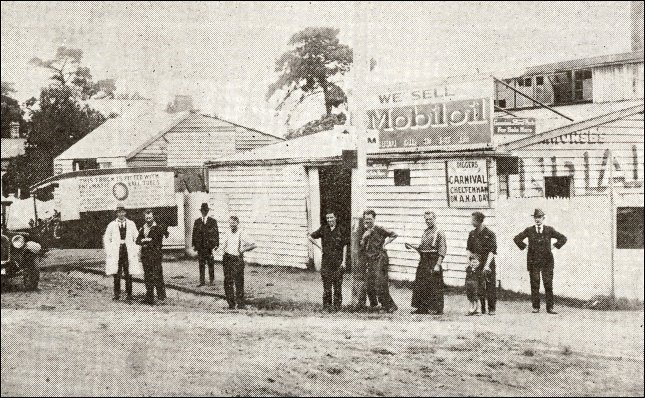 Some of the early trucks in the industry were noted in an article published in the Victorian Vegetable Grower of February 1973. George Brough of Cheltenham was credited with having the first truck in the market, a Ford Alston. Allan Daff recalled that at the time Ford had nothing larger than a one-ton truck but some engineer fitted the Ford engine and gear-box to a chassis (Alston) which had a longer wheel base and carried twice the load on solid rubber tyred rear wheels. [2] The front had pneumatic tyres. This particular truck had a left hand drive and was later purchased and used by Everest Le Page when George Brough began full time dairy farming. 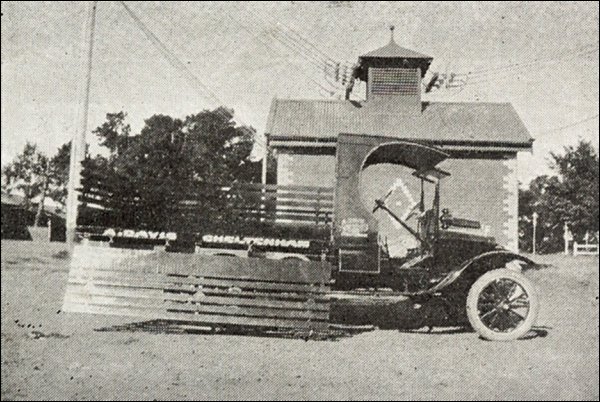 T Ford owned by A. Davis of Cheltenham.

“Most of the earlier heavy duty trucks were fitted with solid rubber tyres of varying width. The wider the tyres the more carrying capacity and also the rougher the ride. Before the advent of successful heavy duty pneumatic tyres, many patent types were tried with varying success. One of those was the ‘ball tube’, a semi-solid tyre with rubber ball inserts. Another type was solid rubber with holes of about one inch diameter running cross-ways through the tyre at about two inch spacings.” [3]

W Jarman of Red Hill was claimed to be the second person to employ a truck to transport his produce to market. Initially he used a T Ford but later changed to a Bullnose International. The Souters of Dingley used the same make of truck in their business. This particular truck had previously been a petrol delivery truck for the Neptune Oil Company, later to become part of the Shell. 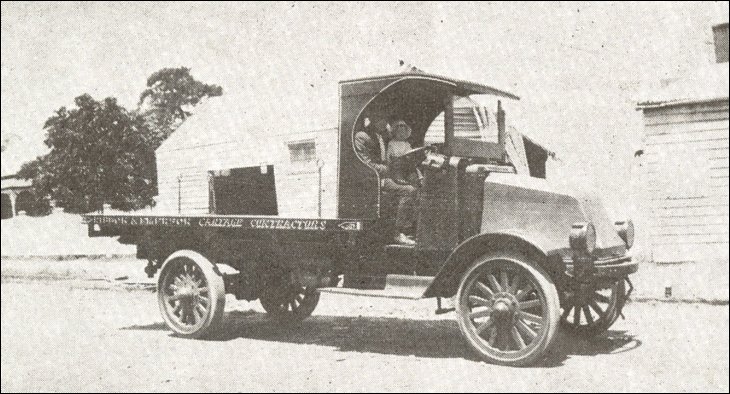 The Vulcan was another popular make. Herb Baker of Clarinda, Jonas Hawkes of Mordialloc, Norm Burrows of Mulgrave, Charlie Marriott of Bentleigh all used a Vulcan at some time. The Mills Brothers of Dingley were credited with being the first to use a Vulcan to go to market. The Marriotts’ Vulcan was the first in the market with wind up windows, designed and built by Dave Hughes of Moorabbin.

The story is told about Jack Holland’s ‘T’ Ford. Driving from Dingley he was forced to reverse up St Kilda hill to allow petrol to flow to the carburettor. The truck had such small back wheels, shod with small diameter solid tyres that when loaded the gravity fed petrol failed to reach the carburettor. By reversing up the hill the problem was solved, a solution not possible in today’s traffic.

Other makes of trucks used by local market gardeners were the Ruggles, the Traffic, the Berleit, the Adler, Capitol Chev 4, and the Republic. 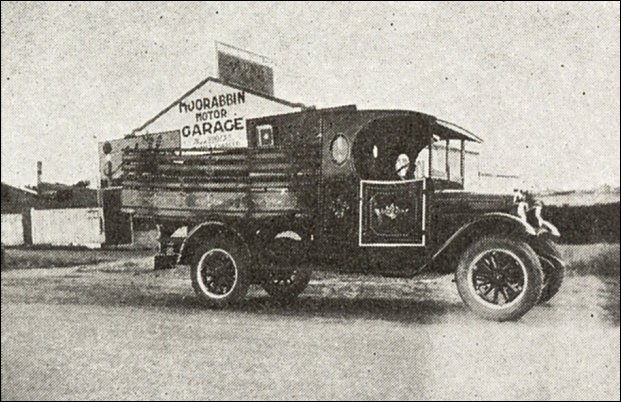