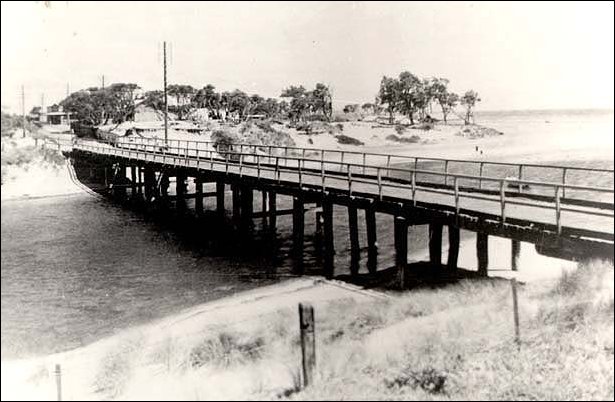 In 1879 an effort to improve the drainage of the Carrum Swamp the plan was to drive a channel between the grants of George Whitehead and James Nixon to provide an outlet to Port Phillip Bay. By this means the pressure of water pouring into the swamp from the Dandenong and Eumemmerring creeks would be relieved [1] Associated with this enterprise were other earlier drainage works, a series of drains, to which settlers on the swamp were expected to contribute towards the cost. James Nixon objected to this levy and for some time declined to pay it until the officers of the Lands Office refused to grant him a lease to his selection. This forced him to comply. They also argued that he was failing to meet several other requirements as a selector, including rent payment, capital improvements to the land and failing to reside continuously on his selection.. Nixon disputed these claims writing many letters to the Minister for Lands and officers of the Lands Office from 1873 until 1880 [2]

James Nixon was a tailor by trade and employed by Robertson and Moffats in Melbourne as their head cutter. He took up his selection of 282 acres on the swamp in 1872 and was one of the first to do so. Within twelve months he had build a four roomed weatherboard residence with an iron roof together with out houses. He had cleared and cultivated a small portion of his land, four acres, and set about growing potatoes and other vegetable crops. The initial problem he had with the Lands Office was his failure to pay the agreed rent. [3]

James Nixon acknowledged he had been a ‘few weeks late’ in paying the rent but pleaded he had met all other conditions of his license. Therefore he thought the Lands Office’s threat to revoke his land grant was unreasonable. Moreover, he believed he was picked out to be an example to demonstrate to others what happens when a person fails to pay the rent. Surely, he said, this was the least important requirement placed upon selectors. Nixon went on in the letter to explain he had spent £260 on improving his holding yet other, whom he called ‘gentlemen’, while paying their rent made no attempt to improve the land or reside upon it. If he had not spent so much money on improving his property he too, he claimed, would have had no difficulty in meeting his rent obligations. James Nixon concluded his letter strongly suggesting that the officers in the department would better spent their time “in picking out some of the dummys on the Swamp and some of the gentlemen who have only taken up the land to cut up into building allotments and who never intend to sleep a night on it," rather “than trying to get hard working men like me into trouble.’ [4]

Nixon in the concluding section of this piece of correspondence was referring to the practice where a large landowner financed another person to act anonymously on his behalf in selecting and obtaining land. Once all the conditions associated with the grant had been met and the title obtained, the dummy owner surrendered the land to the landowner for a small personal profit. Despite efforts of the government to curtail this practice that was rampart in the early 1860s it may still have existed in the 1870s as Nixon claimed.

Bailiff James Kennedy had been sent by the Lands Board to investigate the situation concerning several selectors who had been warned of impending loss of their licence to occupy their allotment. He reported, on October 7, 1873 that James Nixon had made improvements to his property including the fencing of 50 chains, cleared and planted 4 acres and constructed a four roomed weather-board house with another room partly constructed. All these improvements he valued at £141.5.0. Richard Rusk, James Hallinan and Harry Breed unlike Nixon had made no improvements. Kennedy returned the following month for a second inspection of Nixon’s holding in an attempt to explain the difference between his valuation of improvements to the property and those of Nixon’s. He indicated the room that previously was part constructed was now complete and added £20 to the valuation as a result. However he was not prepared to add the wages of men employed by Nixon when Nixon was not working on the ground himself. Nor would he accept the cost of red gum posts because they had not been erected. If these items had been added to details of expenditure Kennedy agreed his valuation and Nixon’s would have matched. [5]

Twenty months later James Nixon was applying to the Lands Board for the lease of his selection. In that application he noted that sixteen acres of land were under cultivation with crops of potatoes, barely, coats, turnips carrots, a bridge had been built over the Kananook Creek and his house had been extended to six rooms. Nixon claimed he had resided continuously on his land but it was a claim that officers at the Lands Board queried. Their notes on the file point out, “This man does not reside. He is a tailor employed at Messrs Robertson & Moffatts," but a further note indicated “he went home every night except on wet nights". Nixon was asked to make a statutory declaration making clear the number of nights he slept at his selection during the course of each year of the currency of his license. [6] This he did noting the total of nights he slept on his land as “about five hundred and eighty nights during the three years." As a result the Minister approved the issuing of a lease.

Nixon’s difficulties were not yet over. An alert official noted on Nixon’s file that even though the Minister had approved the lease he had also given a directive that leases were only to be granted if the recipient had paid his 3/- per acre to the general drainage fund. No exceptions were to be made. [7] Nixon had not been present at a meeting of selectors at Mordialloc on March 11, 1872 when it was agreed that all selectors on the swamp would pay a levy provided it was added to the value of the improvements made to their land. John Keys, Secretary of the Dandenong Shire and a major landowner, was a prime mover of this agreement and visited several of the selectors not present at the meeting to gain their approval. James Nixon refused to give his agreement to the levy and so commenced a spate of correspondence between himself and the Lands Department.

On November 14, 1876 James Nixon wrote to the Commissioners of Lands stating that he didn’t consider himself liable to pay any amount towards the Drainage Fund of the Carrum Swamp Land. He pointed out that when he took up his selection no reference was made to drainage or levies. He saw the major beneficiaries of the drainage scheme to be a few selectors residing on the swamp’s northern boundary and individuals who own large blocks of land near it between Mordialloc and Dandenong . After looking at a plan provided by John Keys he concluded the drains would not improve the value of his selection by one penny, “in fact would never take a drop of water away from it. … this man takes and writes to your department to get you to make me pay this money to improve his freehold land, I may state that instead of the drain that has been cut doing me any good I have had more water since the work was done than I had before." [8]

James Nixon was again writing to the Lands Department in March the following year requesting that his certificate of improvement be sent to him without delay and reiterating that he did not consider himself liable in any way to contribute to the drainage fund of the swamp. He claimed he had done everything required in his contract and was therefore entitled to his reward. [9] The Surveyor General was not swayed. He saw no reason why James Nixon should be treated any differently from other selectors. Consequently Nixon was writing again about the issue six months later.

In September 1877 Nixon summarised his situation in his letter to the Minister of Lands; noting he had built a six roomed house where he his wife and family resided, spent over £700 improving the property, his lease had been approved but not finalised because Department required payment of a sum exceeding forty pounds towards the drainage of the swamp, and had received no benefit for drainage works up to that time. “Instead of the water being taken away off my selection it is emptying onto it and left there without any provision being made for taking it away," was the conclusion to the letter. The letter was referred to Mr Callander for comment.

Callander, of the Lands Department added a note to the file agreeing that the early selectors were granted a licence without any stipulations or conditions about a levy but the selectors themselves, with a few exceptions, had agreed to the tax for the purpose of carrying out the scheme originally proposed by the Department. However as the government proposed making a cutting to the Bay, Nixon’s land would be drained, therefore he should pay. [10] James Nixon continued to resist the payment of the levy but by June of 1870 he relented, no doubt mentally exhausted, and paid the owing money to John Keys, Treasurer of the Trust.

In his letter of September 2, 1879 to the Honourable Francis Longmare, Minister of Lands, Nixon wrote that he had received a certificate of improvements from the Department of Lands and had paid the drainage fees in full but he was still waiting to receive notification of his grant. The matter was urgent as he had lost his job and was compelled to borrow money using his land as the security for the loan. He explained that he could gain a loan at a lower rate of interest if he held the title to the land rather than a lease. [11]

After a long and protracted period Nixon received his grant on January 30, 1880, twelve months after the tender £1167.5.0 of Henry Powis was accepted to cut a drain through his selection to the bay. The thirty feet wide cut was completed by August 1879 and formed the beginning for the Patterson River.of today. 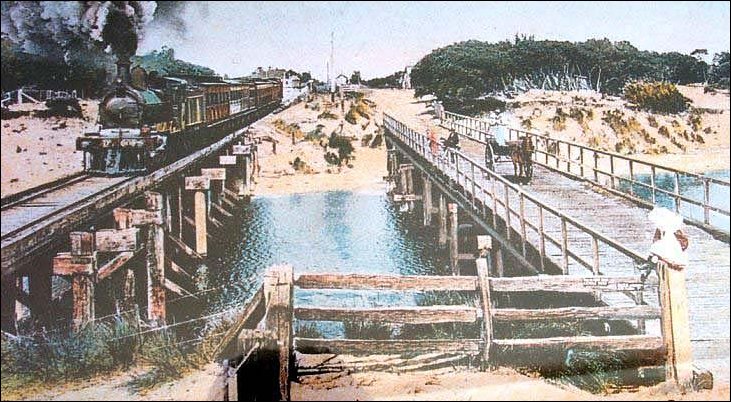