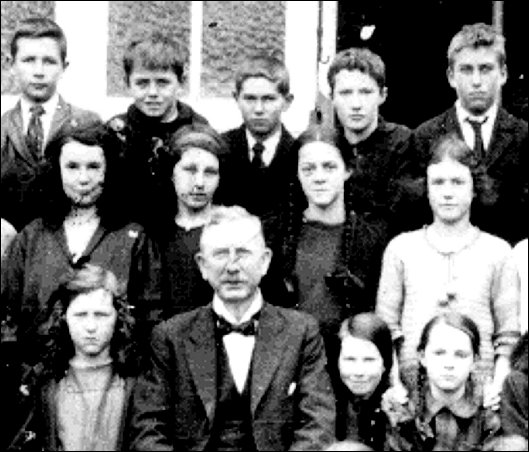 Prior to the arrival of Michael Gleeson in 1918, Cheltenham State School had not had stability in leadership for several years. [1] Head Teachers were appointed, arrived and departed with some rapidity. This caused concern amongst many members of the local community. Some, worried by what they saw as the lack of discipline in the school, chose to send their children to other local schools. [2] During the ten years that Gleeson was at Cheltenham he turned this situation around.

Michael Joseph Gleeson was born in Dunedin, New Zealand, on December 31, 1863 and came with his parents, Daniel and Ann (nee Delaney), to Victoria when he was seven years of age. [3] His father was a teacher so although information about Michael’s early life is not known it is highly likely that he moved around Victoria when his father was appointed and promoted to different schools. It was on September 30, 1879, when he was fifteen years and five months that his service in the Victorian Education Department began at Timor State School. On April 19, 1880 he was appointed as a pupil teacher (PT). at the same school. On July 27, 1883 he transferred to Castlemaine as a paid student. The following July he entered Teachers’ College graduating the following year with a Trained Teachers’ Certificate, including a qualification in chemistry. From 1886 he was a relieving teacher, moving from school to school, sometimes staying no more than a month. From 1886 to 1893 he taught in 29 schools. including Alexandra, Berringu, Wareek, Alma, and Shelbourne.

Michael Gleeson’s first permanent appointment was in October 14, 1893, to Barwon Heads as Head Teacher. During the two years he was there he married Catherine Mary Fahey and their first child was born. Two further children were born to Michael and Catherine while he was Head Teacher at Hurdle Flat, near Beechworth, but it was also during this period that Catherine died leaving Michael a widower at forty one years of age. A little more than two years after her death in April 1904 he commenced his appointment as Head Teacher at Chiltern Valley School where he remained until September 20, 1914. Then followed three and a half years at Creswick before he commenced at Cheltenham State School on March 3, 1918, as Head Teacher Class III. In 1926 he was promoted to Class II and in 1927 to Class I. Both these promotions were achieved at Cheltenham. It was from this school that Michael Gleeson retired in December 1928.

During Michael Gleeson’s teaching career he was assessed by numerous school inspectors. His early inspectors saw him as a skilful and energetic teacher, zealous and an excellent manager. Inspector Park, visiting Gleeson in 1903 at Hurdle Flat, reported that Michael was a teacher of fine manly bearing, good influence and strong force of character who adopted very good methods and taught intelligently. [4] Four years later Inspector Saxton wrote, “Undoubtedly a teacher of first rate quality, not only in respect of his sound knowledge, general intelligence and grip of teaching methods, but also in respect of his fine personal influence on his school and surroundings.” [5]

Four months after Michael Gleeson’s arrival at Cheltenham Inspector John Bothroyd reported there was a much improved tone in the higher classes and in the school generally. Ten years later, J McCormack, the chairman of the School Committee, said the school was very different from the time when Gleeson was first appointed. At the beginning, he claimed, business people closed their doors when school hours were over because of the bad behaviour of the children. [6] John Whitehead responded sharply to this comment in the following edition of the local newspaper indicating that he could find no businessman who found it necessary at that time to shut his shop and all he spoke to were at a loss to identify anyone who did. Whitehead acknowledged there were some hoodlums in Cheltenham prior to Gleeson’s arrival and there were some during his stay but they were few in number. He suggested the problem was partly caused by the Education Department’s failure to provide long-term leadership at the school. [7]

Len Allnutt was at Cheltenham State School for four years when Michael Gleeson was head teacher. He recalled him as a tall thin red-headed man who resided at the Exchange Hotel. The school was his life. “He was very strict and didn’t hesitate to give anyone a belting if he thought it necessary. The motto of the school was ‘The Truth Prevails’ and he constantly stressed that you always told the truth and never betrayed a trust. We used to call him ‘Boss’ behind his back but we called him ‘Sir’ to his face,” Len said. Michael Gleeson stressed that good behaviour was necessary out of school hours as well as during school time and he implemented this policy with vigour. There was the occasion when a few grade eight boys who, according to Len, got up to a little mischief with some of the Cheltenham footballers, but this out of school hours. This weekend escapade didn’t stop Michael Gleeson from administering punishment as he said he wasn’t going to have them disgrace the name of the school. [8] 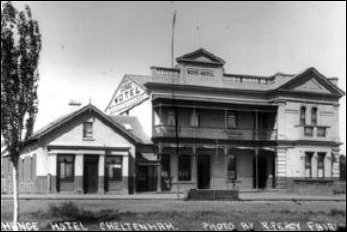 Jim Whitehead, a grade eight boy in 1925 recalled a fire in the Cheltenham Park when he and his classmates were permitted to help the fire brigade bring it under control. After the fire was successfully extinguished, but before returning to school, Jim remembered the boys blackened their faces as a joke but Mr Gleeson was not amused. “If I remember it right we each got three cuts of the strap.” Nevertheless, Jim had great respect for Michael Gleeson. [9]

In 1926 the Shire Council wrote to the Cheltenham school regarding the cleanliness of the nails and hands of pupils and suggested the head teacher should hold daily inspections. Gleeson was quick to respond. In a letter published in the Moorabbin News he asked who instigated the council’s document. Was it the Medical Health Officer, or was it “some modern disciple of Don Quixote, who, unable to find a windmill to tilt at had a go at the school?” He went on to acknowledge that there was a necessity for a close scrutiny of children’s ablutions, as their absence could not be denied, yet he felt some pity for the individual who thinks he has made a great discovery. The head teacher advised the writer of the council’s letter that “when he has rubbed his eyes a time or two and is properly awake he will discover that, in making aspersions even by inference, of an institution like this school, without the best of evidence he is entering a realm into which, it is generally supposed, that angels fear to tread.” [10]

At his retirement in 1928 Gleeson said, “I have a set of teachers and scholars who are proud of me, and I of them. … No man has left a better place than I leave.” [11] Commenting on his relationship with pupils he said , “I know I have been able to impress them. This was not always so; at first there was aloofness, they were afraid of me, and would not allow me to approach them, but now it was different, and if there is anything better in this State then I have not seen it.” [12] Having reached the statutory retirement age Gleeson was obliged to retire from the Cheltenham school and this he did receiving accolades from representatives of the community and the officials of the Education Department. He retired to Maffra in Gippsland to live with one of his married daughters.

For a short time after retirement he enjoyed shooting and roaming over the hills in Gippsland but on June 21, 1931 he was dead. He died from a stroke and heart failure at Mount St Evin’s Private Hospital in East Melbourne and was buried in the Roman Catholic section of the Melbourne General Cemetery. [13] The newspaper report of his death noted that he was “of a jovial and genial disposition, appearing somewhat stand-off on first acquaintance, not hasty in making friends, but friendship once formed was lasting and he would go out of his way to do a good turn. … he was excellent company, a fine elocutionist with a fund of amusing stories, also sang a good song. A keen sportsman, having participated in most games, including football and cricket.” He was a playing member of the Cheltenham Bowling Club for a couple of seasons. [14]

Michael Gleeson spent the final years of a long successful career as a teacher at Cheltenham State School. Arriving at a school that was far from perfect he strove to inculcate a strong set of positive values amongst the pupils and staff. Despite being seen by some people as ‘remote’ he was widely respected by members of the community for the significant involvement he had in the education of their children. At his death he was a man mourned by his family and members of the Cheltenham community who valued his contribution during his ten year residency. 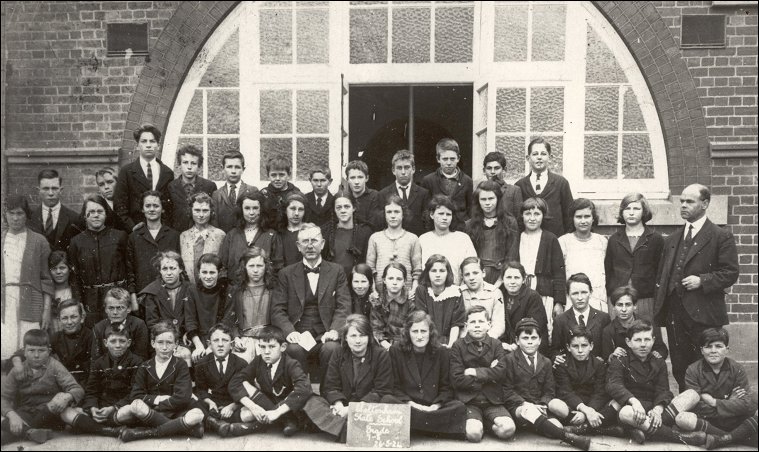