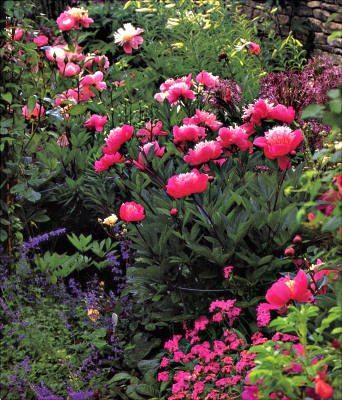 The 1890s saw the collapse of the land boom associated with wild speculation, and the financial ruin of many people when banks and land companies failed. With Melbourne and the local community struggling to recover, people began advocating for diversification of activity. Locally, this resulted in converting some of the land devoted to vegetables to grazing and using some of the land to grow scent producing plants. Vegetables were in plentiful supply, but the prices they brought at the market did not reflect the amount of effort needed to produce them. It was suggested that plants used in the perfume industry could be another source of income. Advocates argued there was a market for them, they could be grown in conjunction with other plants and their cultivation would not require the hiring of additional labour.

The Minister of Agriculture, Mr Traverner, was sympathetic to the notion of diversification and the development of a perfume industry. He sent an expert, Mr Knight, to Cheltenham to test the suitability of the soil. Unfortunately Knight’s report was unfavourable, but local experts disputed his findings suggesting that Cheltenham met all the conditions needed for favourable growth of scent plants. The Minister decided to visit Cheltenham and see for himself. [1] 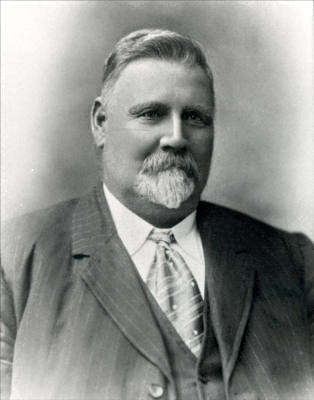 Travelling by train, Traverner was met at the Cheltenham railway station by the President of the Moorabbin Shire, members of the council, and others concerned to favourably impress the minister with the potential of the Cheltenham district for growing the appropriate plants. The group travelled up Charman and Chesterville roads to the property of Mr Plumridge who had twelve acres under cultivation. There they saw beds of tuberoses, dahlias, boronia, and Cecil Brunner roses, and according to the newspaper report, they were favourably impressed. The group then went next door to Cochrane’s garden to view his bouvardias, Erica and fairy roses. Later they travelled along Farm and Kingston roads back to the Exchange Hotel in Cheltenham to inspect cut flowers arranged by M Dixon of Heatherton. Also from Heatherton were pot plants and samples of soil supplied by W Flatman and Son. After the inspection lunch was enjoyed at the hotel. [2] 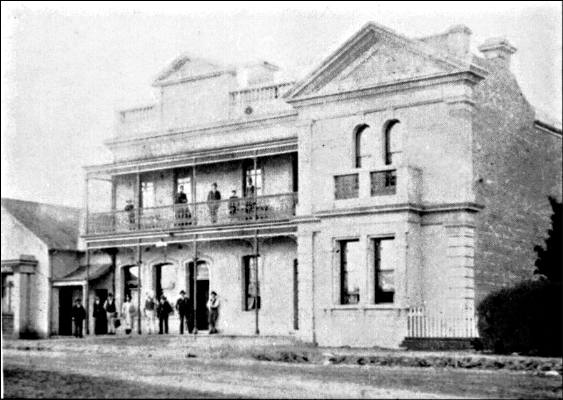 Cr Burgess expressed the hope to Mr Travener that he would establish an experimental farm at Moorabbin. He pointed out that as all new industries in the Shire had prospered he was confident that a scent plant farm would have equal success.

In his reply, Mr Traverner pointed out that when the deputation from the Shire waited upon him with the proposal to set up an experimental farm he made two promises. One was to send an expert to assess the situation and report on the suitability of the soil, and the second was that he would make a personal visit. Those promises he had fulfilled. However, he also said he would not make any rash promises just then, but would carefully consider the matter. Any gardeners who desired to go in for the cultivation of scent or other plants could rely upon getting every assistance that it was in his power to give. [3]

J K Blogg, a visiting expert, joined local growers in condemning the earlier report of Mr Knight, a government officer, which declared the Cheltenham soil as unsuitable for the cultivation of scented plants. Blogg suggested the ‘poor’ soil was particularly suited to growing roses and lavender. With rich soil many varieties of roses and lavender produced an abundance of foliage and flowers, but very little scent. This was in contrast with soil such as that found at Cheltenham where the plants produced fewer leaves but more intense scent. He judged Cheltenham to be eminently suited for the production of roses and these flowers would have a ready sale. Buyers came from all over Europe to purchase the crops. Roses could not be over-produced and they were almost worth their weight in gold. Unlike Cr Burgess, he believed Moorabbin did not need an experimental farm but rather a thoroughly competent expert from overseas who could show the growers the best methods of cultivation and ways of extracting the oils. [4]

After the conclusion of lunch and toasts at the Exchange Hotel, the Minister and party resumed their inspection of several properties. The first call was to the garden of Paton and Son which was managed by Mr Parsons. There the Minister saw roses, arica, bouvardias and bulbs growing to perfection. [5]

Four months later in June 1897, a deputation waited upon the minister requesting that he make a start to establishing a new industry in Cheltenham where the soil and climate was most suitable for scent producing plants. They suggested that Mr Hunt who owned land in Herald Street, Cheltenham was willing to work an acre of his land under the direction of the Agricultural Department for 25 shillings per week; a sum they suggested as reasonable. [6] They believed this work would demonstrate the suitability of the district for growing such plants and create a payable adjunct to gardening. Early in the following month, the announcement was made that arrangements to create an experimental farm had concluded and work would be commenced immediately. [7]

Conditions for the growing of plants were not favourable. For nearly nine months Mr Hunt had to battle continuous dry weather and strong winds. Plants in some beds were strong and healthy while others suffered from lack of water. By December 1898, no effort had been made to utilise the plants in making perfume, but January 1899 saw the establishment of a still from the Government perfume farm at Dunolly in Nutall’s wood and coal yard in Centre Dandenong Road to distil the essential oils from the plants grown by Hunt at the experimental farm. The still was a small ten gallon one consisting of a copper boiler on a small portable furnace. Such a still could be bought for about £5, but persons using them had to conform to stringent regulations to prevent the illicit manufacture of spirits. Plans were made to treat geraniums, several varieties of lavender, peppermint, rosemary, absinthe, lemon thyme and tansy. [8]

In 1897, a Moorabbin Rural Industries Association had been formed with Cr Robert Mills elected as president at the first general meeting with Cr David Abbott and Mr W T C Kelly taking the two positions of vice president. In addition, there were three other shire councillors elected to the committee; William Burgess, Edwin T Penny, and Francis T Le Page. [9]. The secretary and treasurer was Mr de Henzell Storey. [10]

One of the objectives of the association was to give suggestions to the Minister of Agriculture regarding the experimental farm. Sixteen months after the committee was elected, a reporter from a local newspaper was highly critical of its work suggesting its actions were ‘feeble’. In his view, the market gardeners had quite enough to do in growing vegetables and other individuals were so apathetic that the committee lost heart. He posed the question, ‘Would this community apathy allow the scent farm to die a natural death?’ For him the scent farm was adding to the increasing popularity of the district, but his fears about the demise of the scent experiment proved to be correct. [11] 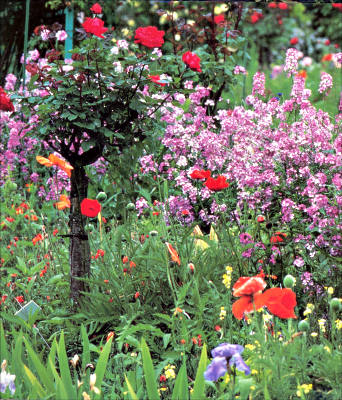