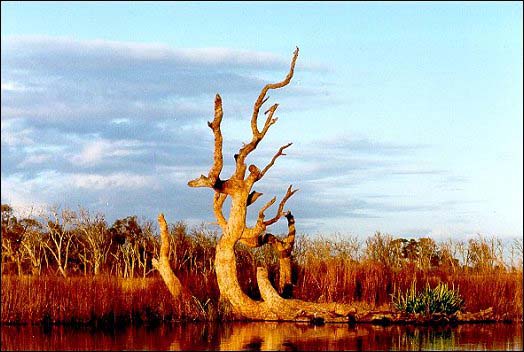 The native plant reserve known as Braeside Park in Lower Dandenong Road has a history of various owners and land uses. The Bunurong people lived for many thousands of years in and around the area, with the first Europeans arriving after 1835. John O’Shanassay held grazing rights to 40,000 acres in 1842 but he surrendered them four years later. After the Port Phillip District was separated from New South Wales to form the colony of Victoria in 1851 the leases held by squatters were withdrawn, the land was surveyed, divided into portions and offered for sale at auction.

Members of the Keys family took the opportunity to purchase one thousand three hundred and sixty three acres of land on April 28, 1855.[1] The total price paid was £1868-14-9. Today this land is bordered by Springvale Road, Lower Dandenong Road and Governor Road, Mordialloc, with a substantial part of it forming Braeside Park. When the Keys bought it, three separate titles were involved. Robert and his father, George, purchased two and Robert’s brother, Isaac, purchasing the third. Isaac’s holding was located between the two sections granted to Robert and George. [2] 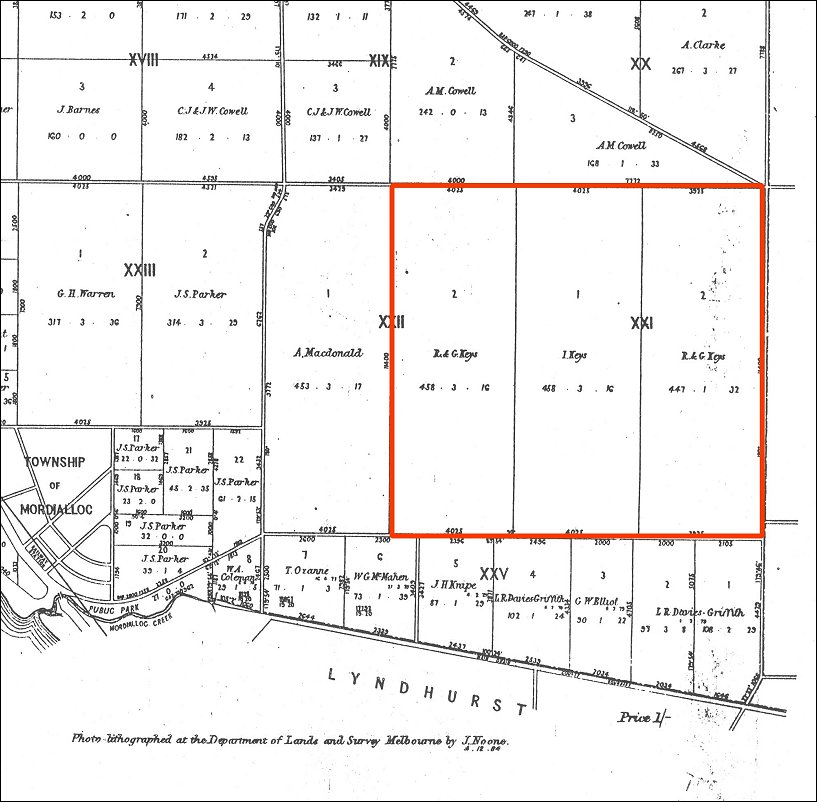 Detail of Map of the Parish of Mordialloc.

Isaac died on January 29, 1866 leaving eight children under 13 years in the care of his two brothers and James Jamison, a Cheltenham resident, prominent member of the Wesleyan Church and husband of Mary Jane Keys, a sister of Isaac. The boys’ mother had predeceased their father. All the land owned by Isaac, including that at Braeside, was divided between his sons. Son Isaac inherited Section XXI Allotment 1and after reaching the age of 21 years of age sold the 458 acres on July 5, 1887 to William McFarland a banker of Brighton and James Jenkins owner of Mayfield, Mordialloc. [3] They paid £13,770 for land that Isaac senior had obtained for £550-12-5 thirty two years previously. Within a period of months the new owners sold the land to Nathaniel Stranks of Brunswick at a handsome profit, but the deal failed. Stranks could not complete the payment, forcing McFarland and Jenkins to default on the contract of sale so the ownership of the land returned to Isaac Keys.

On June 13, 1889, almost a month after the aborted sale to McFarland and Jenkins, Isaac’s uncle, Thomas, bought the land paying £7,300. This was a little more than half the price that was originally agreed to by McFarland and Jenkins. On Thomas’s death in 1891 this portion of land was inherited by two of his sons, Robert Charles Keys (25) and James William Keys (23). [4]

On August 21, 1913 Arthur Edward Syme, a physician and surgeon at Lilydale, gained the title to Section XXI Allotment 1 purchasing it from Robert and James Keys who left Braeside to pursue separate interests. One departed to undertake farming activities at Flinders and the other went to King Island. Robert had purchased about 470 acres of land at Flinders in 1910 [5]. James selected several areas of land on King Island in 1909, married Mary McKenzie at Holy Trinity Church, East Melbourne, and returned to King Island to live.

Arthur Syme who was a son of David Syme, one time proprietor of The Age, also purchased land adjacent and immediately to the west of that originally granted to Isaac Keys. This 458 acres known as Section XXII Allotment 2 was first owned by George and Robert Keys, who purchased it at auction. However, before Syme achieved ownership to the land the title passed through the hands of several owners. Thomas Keys purchased 220 acres in 1859 for £396 while Robert purchased the remaining 238 acres for £214-19-3 in 1874 after the death of his father. Robert’s land abutted that of his nephew Isaac and he took the opportunity to sell his land at the same time as his nephew to William McFarland and James Smith Jenkins. But as we have already seen McFarland and Jenkins were not able to honor the contract, so as with Isaac’s land, Robert’s portion returned to him. [6] Documentation of subsequent transfer of title for this piece of land is incomplete.

In May 1888 Thomas Keys sold his portion of Section XXII Allotment 2 for £9350 to the Colonial Investment and Agency Company Limited, a land speculation company heavily involved in the development of Mentone. Thomas Keys made a significant profit on what he had paid for the land in 1859. Over a period of thirty years the value of the land as reflected in purchase prices increased from £396 to £9350, and it was this profit that Thomas used to acquire land owned by his nephew Isaac as noted above. [7]

The Commercial Bank of Australia took over the land after the Colonial Investment Company went into liquidation and sold it in 1902 to Geoffrey Syme, an older brother of Arthur Syme, and a journalist at The Age newspaper where his father had a distinguished career. In April 1915 the title to the land passed to members of the Syme family. Geoffrey Syme was still included in the ownership list but the land was held in common with his widowed mother, Annabella Syme, John Herbert Syme a journalist, George Francis Ebenezer Syme a grazier, Arthur Edward Syme a physician and surgeon, and Oswald Julian Syme a grazier. A few months later, on July 9, 1915, Arthur Edward Syme purchased the land from the above mentioned members of the family. [8]

Section XXII Allotment 2, the most easterly section of the three blocks of land purchased by the Keys in 1855 was subjected to a series of subdivisions and changes of ownership. The first occurred in August 16, 1861 when half the land was transferred with ‘love and affection’ to William Keys from his brother Robert and father George. The remaining two hundred and twenty three acres was divided in half in February 1873 with the portion nearest Springvale Road being sold to John Keys for £200. The second portion was sold to Margaret McMahen, the sister of John Keys, for an identical amount of money thus keeping the ownership within the Keys family. [9] Margaret Jane Keys had married William McMahen at Scots Church on February 10, 1846 when she was fourteen years old. [10] 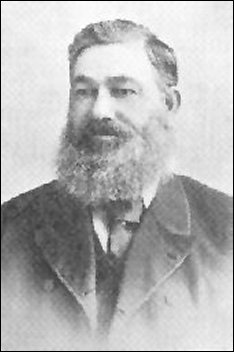 William Keys drowned in 1872 while attempting to cross the flooded Bangholme Creek on horse back. He was fifty one years of age. His ownership of this portion of land passed back to his father, George, for £492. On George’s death in October 8, 1873 the land was divided into two parts and left to two grandsons, John McMahen and John George Keys. [11] Subsequently, the ownership of John George Keys’ holding passed to his cousin Isaac to whom he had mortgaged his land. Isaac in turn sold it to David Syme, the owner of The Age in September 1902 for £610. After David Syme’s death the land was held in common by his wife and children. They sold the land to Frederick William Werrett in July 1912 for £1125. Werrett also acquired that portion of Section XXI Allotment 2 owned by John McMahen giving him a total acreage of 226 acres. [12]

Other portions of Section XXI Allottment 2 were also subdivided and sold over the years to various purchasers. Ophelia McMahen of Rathdowne Street, Carlton was the owner of sixty one acres on the corner of Lower Dandenong Road and Springvale Road in July 1918. On her death it passed to Thomas McMahen, an undertaker of Carlton. After his death the Brighton Golf Club purchased this portion of land on July 4, 1947. [13] Later the club changed its name to Southern Golf Club. Other parts of this land are today occupied by the playing fields of Mentone Boys’ Grammar School and Garden World.

By the end of 1915 ownership of a substantial part of the three blocks of land in the Parish of Mordialloc had passed from members of the Keys family to Arthur Syme and Frederick William Werrett, Syme holding 930 acres and Werrett 226 acres. Arthur Syme had purchased one part of his holdings from the Syme family group including his mother, brothers and sisters. The second part of his property was purchased direct from two of George Keys’ grandchildren. It was on this land that Arthur Syme established his team of racing horses, built stables and developed training tracks. [14] Frederick Werrett purchased his holding from David Syme, the father of Arthur, who had previously bought the land from two grandchildren of George Keys.

By the end 1928 the Syme and Werrett lands were consolidated under the ownership of the Melbourne and Metropolitan Board of Works. The Board wanted the land to construct a sewerage treatment plant to cater for the growing population in the eastern and southern suburbs of Melbourne. Werrett sold his land on April 27, 1928 receiving £16,272 for his 226 acres. The transfer of title for the Syme land took a little longer as Arthur Syme’s asking price was £158,000, substantially more than the £70,000 being offered. Ultimately the matter was resolved by an arbitrator who awarded Syme £84,500. [15]

The plans of the MMBW to build a sewerage treatment plant on the newly acquired property in Lower Dandenong Road were delayed due to the economic depression of the early 1930’s so the land was leased. Frederick Werrett took the opportunity to rent back what was formerly his property, to continue his market gardening activities, while the lease on the land formerly held by Arthur Syme was initially granted to racehorse trainer Harry Telford. It was here in 1930 that Telford stabled the legend in Australian racing, Phar Lap, for several weeks before his departure for the United States of America. [16.] 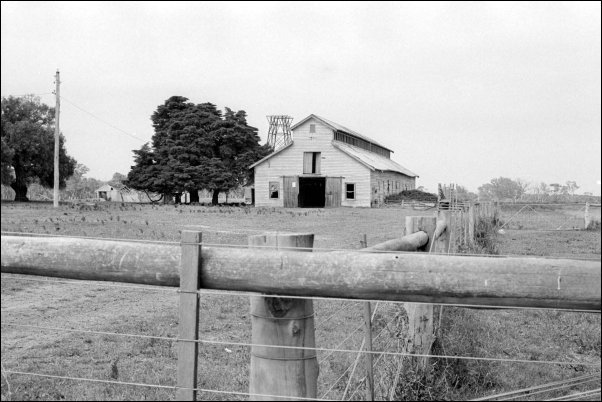 The Board commenced the building of their plant at Braeside in 1939 with Albert Arthur Dunstan, Premier of Victoria officiating at the opening in October in the following year. This plant occupied only part of the land so again the stables were available for lease. Ernest Willmott took advantage of this opportunity to move his training base from Mentone to Braeside. He remained there until the MMBW required some of the training track to extend its operation. As a result Willmott moved in 1955 to a property opposite the Epsom racecourse and the horse training activities at Braeside ceased. [16]

After approximately thirty five years the Braeside treatment plant was decommissioned following the opening of the South Eastern Sewerage Complex at Carrum.[17] In 1982 the Parks and Garden section of the Melbourne Metropolitan Board of Works, more recently known as Parks Victoria, took responsibility for the park; creating, managing and preserving a substantial part of it as a wetlands sanctuary. 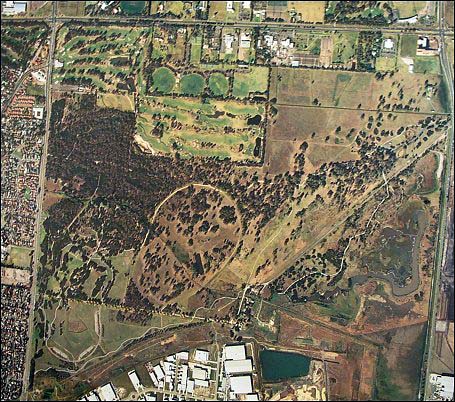