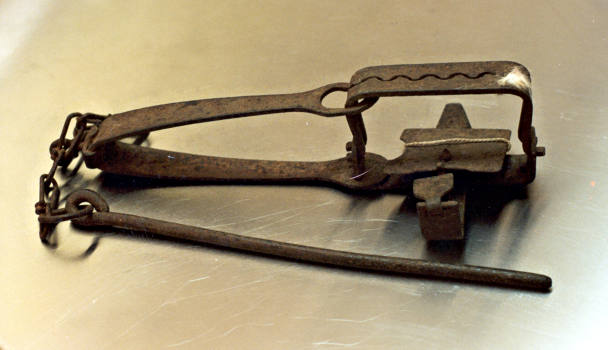 Roland Hill, a fourteen old boy appeared at the Cheltenham Children’s Court charged with stealing rabbit traps. The Bench adjourned the case for six months ruling that if Roland stayed out of trouble during that time the case would be dismissed.

Roland’s father was not happy about the situation and wrote to the Solicitor General asking that the case be re-opened. This was a course of action the reporter for the Moorabbin News thought unwise. But the father wished to defend the reputation of his son believing the court had cast unwarranted assertions on the character of his son.

The Solicitor General called for a report from the court and in return was given the evidence gathered about the crime together with a statement from the court officers denying any negative reflections had been made upon Roland’s character. Indeed it was pointed out that the case had been adjourned for six months.

Mr Hill’s letter to the Solicitor General was published in full in the Moorabbin News. [1] In it he presented the facts as he knew them. He and his son were gathering dry kindling ti-tree and loading it onto a wagon at his property in Springvale when he went away for a short time. During the half hour he was away Roland discovered some rabbit traps, some of which he threw onto the wagon and others he put behind a bush. The owner of the traps was not present at the time, he was not camping on the property and he did not have Mr Hill’s permission to set them there. In Mr Hill’s view the trap setter was trespassing.

The next day Roland was arrested by the police and charged with theft of the traps. Mr Hill believed a person would have “to strain the imagination to breaking point to find the larceny on the boy’s part.”

During the cross examination in court the boy was truthful, denying nothing, believing he had done no wrong in removing the traps which were on his father’s property. His father said it was the trapper, a trespasser who caused all the trouble through his illegal way of doing things, and he, not the lad, should be called to account. “The man breaks the law by breaking into my paddock, does as he likes, shows a man what he can do with his land, and with his son also, precisely the same as when a burglar breaks into a house, and when he had been interfered with, appeals to the law to help him, which, in the case under notice it has done. I cannot for one moment think the magistrates grasped the case. I feel that in this case justice has not been done by son who I think is entirely innocent,” suggested Mr Hill.

Mr Hill concludes his letter with a PS pointing out it was not his desire to fight the case in court as he didn’t have the money but should the Solicitor General deem it necessary then he would bow to his judgement.

The response of the Solicitor General to Mr Hill’s letter is not known.