The question of Chinese immigrants to Victoria in 1887 was a burning issue for some residents in the Shire of Moorabbin; so much so that a meeting held in the Protestant Hall in Cheltenham attracted a large audience. The newspaper report said the hall was packed from end to end with scores of people standing outside the doors. [1]

Harold Sparks efficiently chaired the meeting during which three motions were presented to the audience, discussed and approved. The first was moved by W Richards:
“That this meeting views with alarm the influx of Chinese into this country, and the unequal competition of those who are already settled here with our own working men, to the great detriment of several of the most important industrial interests, and declares that it has become absolutely necessary that some constitutional means should be adopted to protect the country from the effects of this great and growing evil.”

The second motion was moved by E Penny:
“That it is absolutely necessary to increase the poll tax on Chinese immigrants to at least £100 per head, and that it is also necessary to devise some means whereby more effective inspection of Chinese naturalisation papers may be made, and surer means taken in connection with the identification of holders of them.”

The third motion was moved by W T Carter:
“That in order to give effect to the protective policy of our country, the aim of which is to shield Victorian workmen from the competitive effects of the cheap labor of aliens, it has become necessary to adopt special means for placing Chinese workmen on an equal footing with European workmen of every calling - 1. By levying a yearly poll-tax on every male Chinese resident in the colony of, say £10 per annum, to compel them to contribute to the revenue in something like the same proportion that others have to do. 2. By rigorous and impartial enforcement of sanitary legislation in reference to the houses occupied by the Chinese – by these means increasing the cost of living to every Chinese producer, and thus lessening his power to undersell other workmen.” [2]

The Chinese first began to arrive in Victoria in 1853, and in the census taken the following year numbered 2000. In order to restrict the flow of Chinese immigrants an Act was passed in 1855 limiting the number of Chinese males that a ship could bring to Victoria, and imposing a compulsory levy of £10 per person. This legislation failed to achieve its goal because many Chinese were landing at other ports in Australia and travelling overland to Victoria. By 1857 the number of Chinese in Victoria had increased to 25,254 and two years later was estimated to be more than 42,000, but shortly after there was a major exodus with many Chinese moving to New South Wales to the Lambing Flat goldfields. The census of 1861 noted 24,792 remaining in Victoria.

The stringent provisions of the 1855 Act regulating the admission of Chinese to the colony were gradually relaxed but in 1881 the question of Chinese immigration was again considered by parliament. As a result some of the provisions of the earlier legislation were reintroduced. Ships were once again limited in the number of Chinese immigrants they could bring to the colony and a tax of £10 had to be paid before an individual left the ship. Mr Berry, during the debate in parliament on the new legislation, reminded his fellow politicians that originally the attraction of “Chinese to Australia was limited to gold, and after they had fossicked on the gold fields their practice was to return to their homeland. Increasingly however, Chinese, like people from other nations, realised there were more ways of bettering their conditions than by gold digging. As a consequence they began competing in a great variety of occupations to the detriment of large sections of the white population.” [3]

Amongst the earliest Chinese living in the district were fishermen at Mordialloc. They fished for small fish which they sun-dried, transported to the goldfields, and sold to their countrymen who regarded the fish as a delicacy. This activity was curtailed when the government introduced the first limitations on the size of fish allowed to be caught in Victorian waters. The new law forbade the use of nets under a certain mesh size and as a consequence many Chinese moved away. Some, however, did remain and turned to market gardening while others began making furniture. [5] 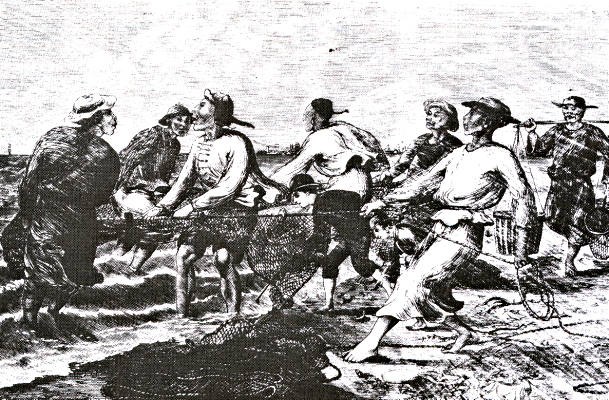 Why were Europeans in the colony of Victoria concerned about the Chinese? The report noted above of the meeting held in Cheltenham in 1887 provides some insight. The Chinese had arrived in Victoria in increasing numbers during the gold rushes and many remained after the alluvial gold became more difficult, to find taking on other trades and occupations where they competed with European settlers. They worked hard, usually seven days a week, and often lived in overcrowded and unhygienic conditions. Because they had a lower standard of living and were without family, they were able to survive on a lower income. As an editorial in the Brighton Southern Cross commented, “…little fault can be found against effort to live as frugally as one can but it was the constant willingness which the Chinese showed to appraise his labour at the very lowest value which brings him into violent contact with the industrial portion of the community.” [6] 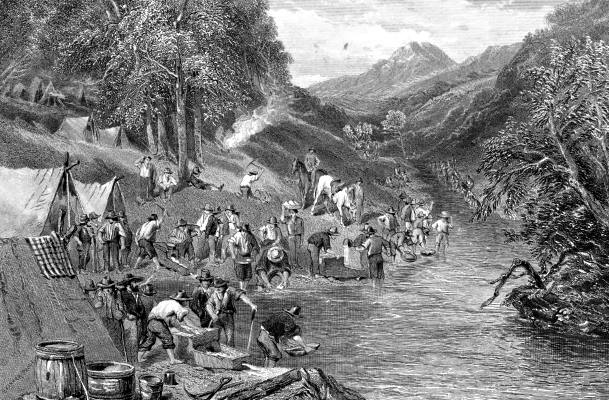 Mr Carter in speaking to one of the motions moved at the Cheltenham meeting said he had it on good authority that a Chinese could live on 4s 6d per week whereas a European family cannot manage on less that 12s or 13s. [7] At the same meeting the vicar of St Matthew’s Cheltenham called upon the authorities to stop the Chinese working on the Sabbath. Other people were concerned that the Chinese failed to fall in with the ways and customs of the community. They were not assimilating with the general population, living in tenements, and disregarding the laws and customs of hygiene. [8] It was their ‘heathen oddities’ that raised concerns. [9] Many who had established themselves in the Moorabbin district as market gardeners were using human waste in cultivating their crops. They mixed the nightsoil with water and poured it over their vegetables which were afterwards disposed of in the Melbourne market. [10] The waste came from hospitals and similar institutions in the city, as well as homes in St Kilda and Prahran, and other locations, so some people feared the spread of disease. 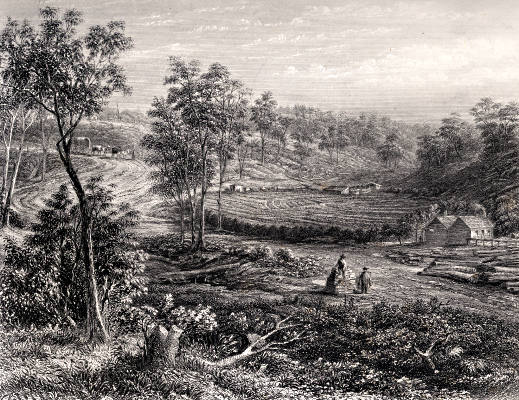 A Chinese Market Garden in Victoria.

The European population were not free of criticism. A deputation meet with the Chief Secretary, Alfred Deakin, to identify steps that could be taken to suppress the opium trade in the colony. A member of the delegation pointed out that the consumers of opium cannot resist the accursed habit once they have formed it and by giving themselves up to it they soon become perfect wrecks in body and mind. While acknowledging it was difficult to establish the extent to which the noxious drug was used it was known that while its use was once confined to the “Heathen Chinee” by 1890 its use had spread “to our shame to our English speaking race”. Deakin acknowledged the problem and said it was the intention of the government to suppress the traffic. However, he pointed out this suppression came at a cost for the revenue derived by the government from the importation of the drug was £20,000 each year. This income could not be thrown away lightly unless the occasion was sufficient to demand it, he said. [11]

Regarding the use of nightsoil it should be noted that people other than the Chinese used human waste to fertilize the sandy soil of the district and were also prosecuted in the courts by the Shire attempting to stamp the practice out. [12] There are cases of European market gardeners being brought before the court at Cheltenham and Brighton by Constable Murphy, and other Inspectors of Nuisances in the Shire of Moorabbin for maintaining manure pits where the nightsoil was stored for future use. [13]

The Brighton Southern Cross condemned the wealthy landlords holding prominent positions in the community, for crowding scores of Chinese into one wretched apartment, and to the municipal council that allowed such practices to continue. The Cross said that the owners were able to draw more rent from such tenants than could possibly be obtained from more respectable occupants. The newspaper suggested the council had a responsibility to enforce those restrictions that are observed and required from Europeans. [14]

Mr Exley, speaking at the Cheltenham meeting, said that no Chinaman ought to be allowed to land in the colony unless he brought his wife with him. He advocated the Chinese should be isolated from the European community. “I have had my tea from Chinese for ten years but I have decided to have no more. I am fond of fish, but I will have no more from John. We must have nothing to do with them,” he added. [15] Moreover, Exley said market gardeners should desist from leasing their land to Chinese despite the high rents they were prepared to pay. He had refused £11 per acre for 14 acres although he had not made more than expenses last year. He went on to indicate he would not rent his land even if he was offered £100 an acre. A voice in the audience responded , “I doubt it.” The meeting’s chairman reported that Thomas Bent had been offered a high rental by the Chinese for a portion of his land that was unremunerative but declined the offer. This information was warmly received by the audience. [16]

Edwin Penny spoke up in support of the Chinese at the Cheltenham meeting while recognizing their numbers were likely to increase. Although he moved the motion suggesting a poll tax of £100 be imposed on every Chinaman coming ashore he was sceptical about how the money would be collected. “They must not be ill treated and we must look after them. When they lease our soil they have as much right to it as anyone else and the law must protect them. There were good Chinese and he would sooner trust them with £5 than many Europeans.” Penny went on to say that if the community was to succeed people must be content to sacrifice a little at present for the good of the future and the welfare of the children. [17]

Subsequent to the Cheltenham meeting was a Trades Hall conference held to consider the Chinese question. There it was resolved to hold a series of meetings in Melbourne and the suburbs where several proposals would be presented. One was to place a poll tax of £100 for the casual visitor to the colony from China and £120 for those who wished to take up residence. Those Chinese who had been naturalized should surrender their papers on leaving the colony so that others could not use them as a means of entry. It was also decided that local authorities should be pressed to enforce the Health Act as far as it concerned the dwellings of Chinese. [18]

The Chinese question remained a concern of the European populations for many years. One of the first pieces of legislation passed by of the new Federal government in 1901was Immigration Restriction Act . This legislation provided the way to control the immigration of non white individuals, especially Asians, into Australia. Unwanted migrants were given a dictation test of fifty words in any European language; a test which most Chinese and other Asiatic groups failed. This act remained in force until 1958 when the dictation test was abolished. From that time on a positive practice of welcoming people from Asia was adopted and the importance of Australia’s geographic and economic position in relation to its Asian neighbours recognized.