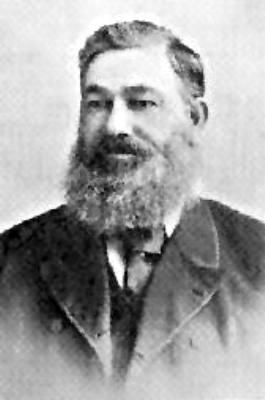 As a young man of 30 years of age in 1868, John Keys was appointed shire secretary of the Shire of Moorabbin. He came to Melbourne aboard the Catherine Jamison, as a two-year old, born in County Tyrone in Ireland. His appointment followed that of Joseph Ostler who absconded with council funds. It was also money that caused some tensions between John Keys and his employer in the late 1880s and early 1890s, to the extent that he submitted his resignation. He believed he was entitled to a higher salary and commission for gaining a loan for the Shire. Others disagreed.

Twenty years after John Keys commenced his employment as secretary, treasurer and engineer with the Shire of Moorabbin he asked that his salary be increased. At the time John Keys was 52 years of age, held similar positions in the Dandenong Shire to those he held at Moorabbin, and was a member of the State Parliament. But the councillors procrastinated. Cr Burgess hinted there was some unsavoury reason or hidden agenda on the part of some councillors which caused the delay. The matter had been brought before the council on three separate occasions but a decision was postponed each time because all councillors were not in attendance. [1] In January of the following year the matter received extensive discussion.

John Keys presented information to council demonstrating that men performing similar tasks in other suburban municipalities were receiving far higher remuneration than he was receiving at Moorabbin and these councils were receiving less revenue than Moorabbin. At the time Melbourne was experiencing a boom with overseas investors pouring money into the colony, the creation of banks and investment companies willing to lend money, and land sub-divisions achieving huge profits for property owners. When asked by Cr Burgess what salary he believed appropriate, Keys replied reluctantly, £350. The secretary then left the council chamber to allow the councillors to discuss the matter. [2]

Cr Comport, the first to speak, disagreed. He thought the money Keys was being paid was quite sufficient for the work being performed and was confident the majority of ratepayers were totally opposed to any increase. While acknowledging that the secretary carried out his duties in an able manner Comport thought the secretary should spend more of his time in the office. Comport estimated the secretary was attending the office only one day per week. If other shires were paying more money they were paying too much, he said, and went on to claim that if the council advertised the position they would get over 50 applicants. Others challenged the view that a better man could be found. 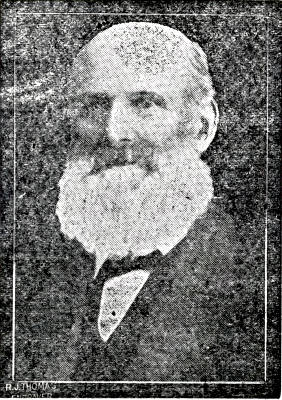 Cr Potts supported an increase in salary but was not prepared to commit himself to a specific amount. For him three questions had to be addressed. First, did Mr Keys do his work properly? Secondly, did he have proper qualifications? Thirdly, was he worth retaining at an advance in salary, and if not, could they get a man as good for the money? [3]

John Keys was granted a rise and stayed in his Moorabbin positions but it was little more than a year later that arguments about financial reward and level of effort again emerged. This time the issue concerned the payment of commission and a bonus to the secretary for work he performed on behalf of the council. In May of 1890, at a time when the boom of the 80s was clearly on the wane, Keys applied for a commission of 2 per cent on a £18,000 loan and also a bonus of £50, a total of £410. He explained a precedent had been set when earlier loans had been arranged and a commission paid for the preparation of plans. The current situation he saw as being no different. This was not the view shared by others.

The president of the shire, Cr Burgess, was petitioned by ratepayers to call a public meeting to discuss the commission and bonus. At the meeting, held at Cheltenham, R Clayton said ratepayers were there because they believed the councillors were about to give in to the Keys’ demands and wanted to protest against such action. He went on to say that Keys’ demands were excessive, and if this action was not checked before long the entire rates of the Shire would go into his pocket and nothing would be left for the improvement of the shire. Booth of Mordialloc supported the comments of Clayton adding that he thought Shire officers were amply remunerated for their services. He considered the money would be better spent on the roads of the Shire.

Cr Burgess indicated his displeasure regarding the tone and wording of the letter sent to him as Shire president requesting a public meeting. He assumed it came from the ‘Improvement Committee’. He said he had no sympathy with such organizations and in his experience they were a lot of faultfinders. He reminded the audience that when men were elected to represent them at council they should be allowed to do the work. He then informed the meeting that the proposition was to pay Mr Keys 1 ½ per cent but the decision was yet to be confirmed. During the course of his speech Burgess praised the work of the Shire staff and in particular said Mr Keys was an efficient officer, with the amount of work he did being known only to council. 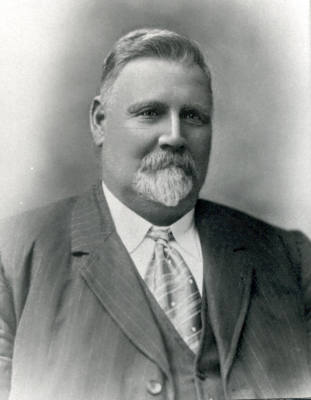 The sub-committee appointed to consider the issues of commission and bonus recommended to council that a commission of 1 ½ per cent on the floating of the recent loan. John Keys spoke at some length after the recommendation was presented where he justified his claim for commission and a bonus. He explained that he had been working day and night for six months preparing the schedule and other matters related to the loan. He had taken levels of 18 miles of roadway, 2 ½ miles of tramway, 2 ½ miles of curbing and channelling, and attended to his ordinary duties besides. The bonus of £50 was in lieu of brokerage which the council had saved by him taking the matter in hand. It would defray clerical expenses and replace normal brokerage charges. [4] Keys also pointed out that one third of the commission would go to Mr Bodley, the clerk of works, and the balance to himself

Several councillors did not support the recommendation of the sub-committee. Cr Thomas Bent contended that £300 a year was a first class salary and, given that Mr Keys performed similar tasks for the Shire of Dandenong as well as carrying out parliamentary duties, he did not see where he could find the time. Moreover, he did not believe Mr Keys deserved any thanks for having secured better terms than was ordinarily given by the banks because it was his duty to make the best bargain possible for the Shire. [5] Cr Barnett commented that Mr Keys had received a salary increase the previous year to £300 and he thought this had been granted in anticipation of the additional work that would be required to arrange the loan. [6] Cr Burgess disputed the recollection of the salary decision. He said there was never an understanding that extra work had to be done without reward.

The matter was then voted upon and the majority of councillors rejected the recommendation of the sub-committee. Six councillors voted against the proposal and five led by the president, Cr Burgess, were in favour. [7]

With the decision announced John Keys addressed the council and gave notice of his intention to resign all his positions with the Shire. He repeated that he considered he was fairly and honestly entitled to some recompense. He said he regretted the decision to resign but did not wish to leave the council in the lurch, so would remain in the positions until the end of the financial year. This would allow him to complete the work in hand and ensure a smooth handover to his successor. [8]

Four months later, in October, the issue of payments to John Keys were once again brought before council. In the meantime council elections had been held and several new members had joined the council table, but the same issues previously addressed were once again canvassed. A motion was presented calling for £150 to be paid to Keys and £75 to Bodley for the extra work they performed. Cr Bent held his position of opposition as did Crs LePage, Hollier Barnett and Daly. Cr Daly said there were always grumblers to be found in the Shire and Mr Keys had become unpopular with some ratepayers because of the money claims. Nevertheless, he stood by his personal opinion. In contrast, Cr Vail changed his vote believing the Shire could not afford to lose the services of Mr Keys. Cr McSwain, a new member of council, considered that whatever expenses were incurred in connection with the plans should have been arranged beforehand. It was now too late so he voted against the motion. When the motion was put it was carried with the casting vote of the president, Cr Mills. 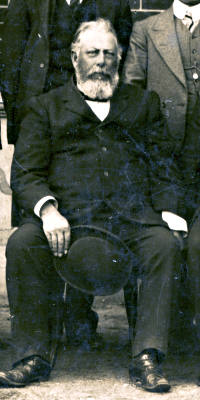 John Keys continued in the position of secretary, treasurer and engineer until July 15, 1901, when his resignation was accepted. Because of the contribution he had made, the Shire paid him a gratuity of £100. At the same meeting that the payment was authorised, decisions were made to advertise the position of Secretary, Treasurer, Engineer, and Clerk of Works at a salary of £225 per annum and to dispense with the services of G Bodley, Clerk of Works, from the end of the year.[9] The successful applicant to take over the roles of John Keys was Alexander Chambers Smith.

Having served the Shire of Moorabbin for 34 years, John Keys died on July 28, 1904 from acute rheumatism after being confined to a wheel chair for some time. [10]