Almost from the time of the formation of the Moorabbin Roads Board in 1862 the boundaries of local government have been challenged and modified. The authority of the Board, and subsequently the Shire of Moorabbin, stretched inland from Port Phillip Bay and down to Mordialloc Creek from North Road. In time the Sandringham and later the Mordialloc municipalities were created leaving the Moorabbin Shire reduced in size.

In 1973 the City of Moorabbin covered approximately 56 square hectares while the City of Mordialloc, spawned in 1920, covered only a quarter of its size. It was the councillors of the latter municipality who decided to inform Moorabbin Council of their wish to annex some of Moorabbin’s territory. The proposal, while not resulting in physical confrontation, certainly produced some angry reactions from both groups. The local paper headed one report “It’s War!” [1]

Cr Don Bricker of Moorabbin countered the Mordialloc proposal with one of his own. He saw the time was opportune to strengthen and improve both municipalities by Moorabbin taking over Mordialloc entirely! His colleague Cr Coates supported him saying, “They can’t run their own show; that’s why they want a chunk of ours.” Mordialloc’s reaction was to be expected. Cr Cliff Sambell, the Mayor of Mordialloc, suggested Moorabbin could ‘jump in the lake’ while Cr Peter Scullin saw it as a “blind grab by hungry Moorabbin for more territory without prior consultation with ratepayers of either city.” A little like the pot calling the kettle black! He went on to suggest the takeover proposal was one that had to be rated as “one of the most glaring examples of petty over-reaction in local government circles for some time.” 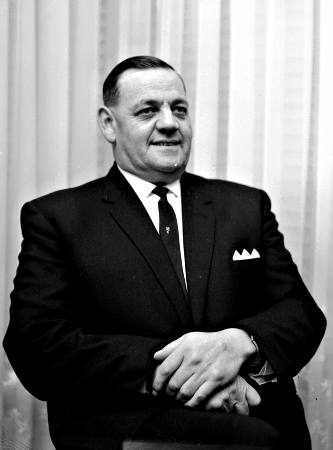 There were two areas of the Moorabbin municipality sought by Mordialloc. One was bounded by Balcombe Road, Charman Road, Weatherall Road and Reserve Road. Another area was south of Centre Dandenong Road between Warrigal Road and Boundary Road taking in the Moorabbin Airport. There were also sections of the City of Sandringham and City of Springvale included in their proposal. The reason the Mordialloc Council gave for desiring this reassignment of boundaries was ‘to square the municipality off to give it an effective working area for administration by council.’ [2] 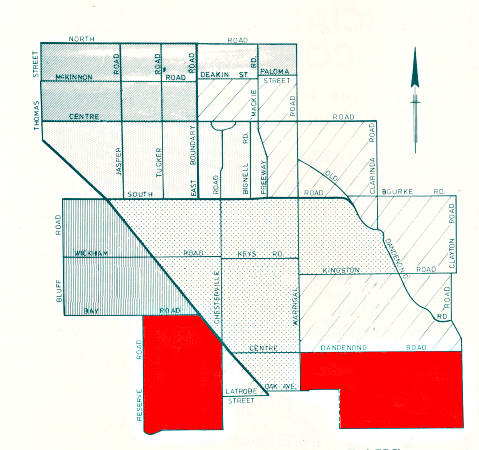 Council boundaries had been on the agenda of the State Parliament for several years and the Voumard Report on Local Government in 1972 suggested a Royal Commission should be appointed to examine the issue. [3] Cr Bricker pointed to the report where it urged that local government be strengthened through the merging of smaller uneconomic municipalities as the justification for his suggestion of a take-over. Cr Scullin thought it an over reaction to a ‘mere inquiry’ from Mordialloc as he thought the matter needed close examination before decisions affecting ratepayers could be made. Nevertheless, he wondered whether ratepayers were better served in a municipality where councillors represented 3000 people rather than 10,000, as was the case with Moorabbin. Moreover, he thought it was increases in government subsidies and grants that were important and not schemes to make municipalities bigger. [4] 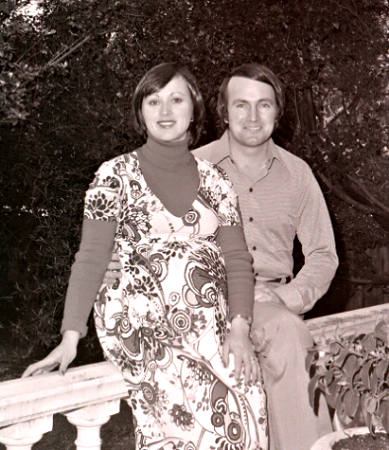 Cr Sambell agreed that Mordialloc could possibly merge with another municipality but certainly not Moorabbin. “It was too large,” he said. “We will resist Moorabbin’s encroachment to the utmost.” [5] Cr Basterfield of Moorabbin, at least in part agreed with Sambell, as he thought Mordialloc should be looking to amalgamating with Chelsea to make a more economical administrative area. [6]

Cr Bricker claimed that people living in the areas wanted by Mordialloc would face a 30% rise in rates should they join and it was the issue of possible rate rises that occupied the minds of many residents. Peter Salway presented a petition, signed by 500 people living in the affected area, to the Moorabbin Council in June indicating strong opposition to a possible transfer of municipal responsibility to Mordialloc. [7]

On the broader issue of Moorabbin absorbing Mordialloc, a very small ad hoc survey by the local newspaper revealed that there was a lack of consensus. Some people thought things were all right as they were and feared the loss of Mordialloc’s identity. For them Moorabbin was already too large. Others accepted the proposition that a larger council would be more cost effective and be in a better position to provide better services. They agreed it was a time for change. [8]

The heat in the argument dissipated and the issue of boundaries became dormant. At least for a time! It is unlikely that the councillors of both municipalities envisaged the extent of changes that would occur a few decades later. Their little war of words in 1973 was just a taste of what was to come.