The Cheltenham Avenue of Honour 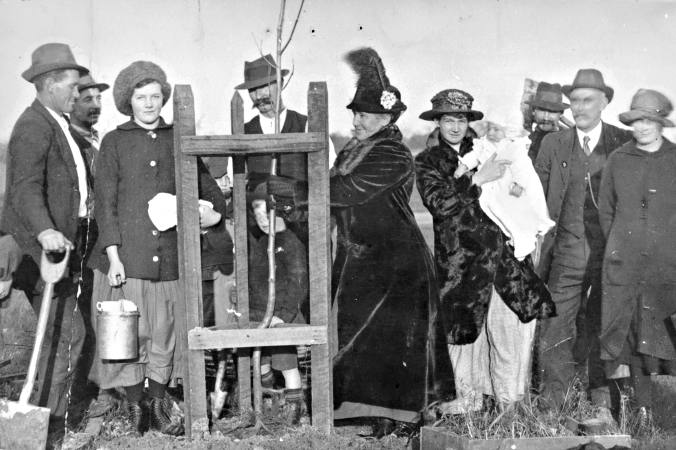 Planting of memorial trees to honour the fallen of World War 1 on Nepean Highway at Highett, 1916. Courtesy Ron Allen.

Even though the Great War had over a year to run there were already suggestions that an avenue of honour be created to acknowledge the contribution of ‘local boys’ who had enlisted for active service. It was in June 1917 that F G Livesley of the Cheltenham Progress Association first put forward the proposal.

Livesley convened a sub-committee of the Progress Association with the aim of developing and facilitating the implementation of the proposal. The plan was to plant 120 trees from Centre Dandenong Road down Point Nepean Road towards Mentone. Each tree was to be protected by a timber guard on which would be mounted a brass plate with the name of a volunteer. The cost per tree was set at ten shillings and six pence (one dollar and five cents) which was to be raised through an appeal to the members of the community. One other important decision made at that time was to plant only Australian native trees.

The sub-committee was confident that the required money for the one hundred and twenty trees would be quickly raised to honour those individuals who were “looking after our interest in the muddy trenches of France or the sandy deserts of Egypt” [1] The Moorabbin News promised to acknowledge all donations but suggested each individual donor should undertake to supply one complete tree.

Within a week fifty-nine trees had been promised, including twenty by the Moorabbin Council and six by the Progress Association. This total grew to eighty two the following week and when the time came to plant, money was available for one hundred and forty two trees, heralded as a magnificent response.

The Progress Association decided that while service personnel who had been residents in the Cheltenham Riding would be the prime focus of attention for the project, this criteria would not be strictly enforced. A sympathetic view, the association suggested, would be taken to include any serving soldier from outside the area. However, it was the order in which the trees would be allocated that received lengthy discussion. Some people thought the time of enlistment should be the criteria adopted, but others challenged this. The News reporter thought this would be a mistake. “Each soldier had done his duty, never mind whether he enlisted one month or twelve months ago.” In his view the only thing the committee should take care about was that no name should be omitted. [2]

to view the honor roll.

The official ceremony associated with the planting of the trees took place on July 28, 1917. After the playing of “God Save the King”, the National Anthem, C H Fairbank, the president of the Progress Association introduced O R Snowball, a local politician and member of the Legislative Assembly of the Victorian Parliament. In doing so Fairbank praised the avenue of honour as a practical idea that was not only useful and ornamental but was a permanent memorial “to those brave lads who had volunteered from the district in the service of the Empire.”

Snowball agreed with Fairbank regarding the avenue but suggested that when the war was over a monument of granite should be erected in some part of the State to record their contribution. He then proceeded to urge parents with eligible sons “fit for the firing line” to let them go. Otherwise he claimed they would not be able to look at people in the face. “It was no use singing martial airs, and waving a flag. Something more was needed,” he said. Snowball then planted the first tree on the corner of Centre Dandenong and Point Nepean roads and fixed the name of A Fisher to the tree guard because he was the first person in the district to enlist. [3]

Before the crowd dispersed and the planting of the trees continued, Sergeant Bottomley echoed the comments of the politician in making a brief appeal for recruits. However, there was no response from the young men present.

Six weeks after the planting of the trees F Livesley wrote to the Moorabbin News to report that 199 trees had been planted, including nine trees without nameplates. This, he said, allowed for future volunteers to be included in the avenue of honour. While he indicated the responsibility for the avenue had been handed across to the Council he urged citizens to take an interest, check out the trees occasionally and give the plates a ‘shine up’. [4] 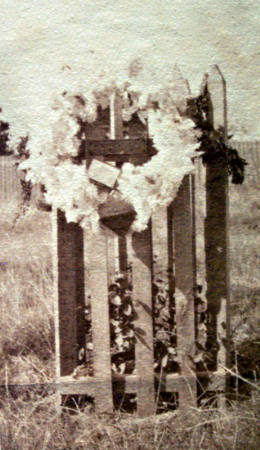 In the same letter Livesley acknowledged that J Warburton was the first volunteer from Cheltenham and not A Fisher who had been singled out by having his name associated with the first tree planted. Liversley assured J Warburton that had the committee known this fact his name would have been recorded on the first tree guard. However, he went on to suggest it didn’t really matter who was first or last. What counted was that each man had done his duty to the best of his ability.

Since the avenue was planted in 1917 Point Nepean Road has been reconstructed several times, turning it from a two lane road to an eight lane highway. In this process vegetation, including trees, along its verges was removed. Even if the trees had survived disease and neglect their doom was sealed by road works. Today there is no physical evidence that the avenue honouring ‘our boys’ ever existed. However, the names of many of the men that were recorded on the tree guards were also recorded on the pedestals of the two World War One broken columns now erected in the memorial garden behind the RSL Club Rooms in Centre Dandenong Road. These monuments were originally set in front of the Soldiers Hall in Nepean Highway. So a public permanent record of their contribution still exists, reflecting the wishes of the Cheltenham community of 1917 that such should be the case. 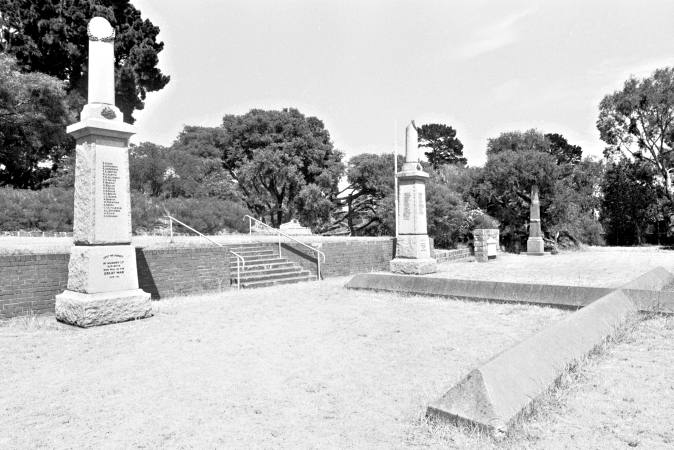