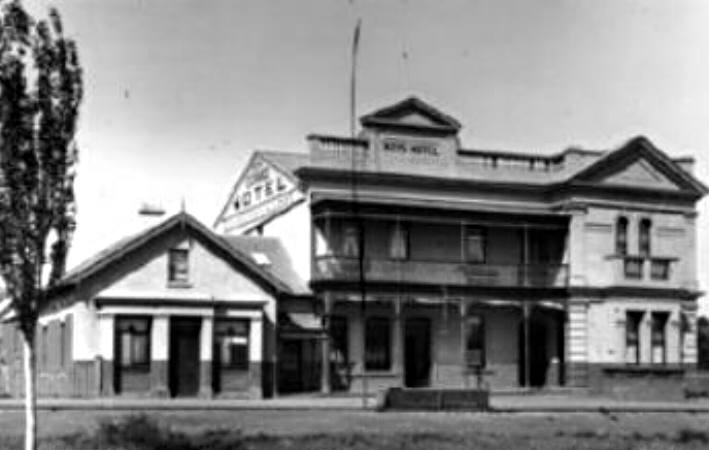 It started out in September 1973 to be a small friendly celebration to note a future wedding but it turned into something much more. A young employee of Standard News, a likeable lad according to George Coote, decided to get married despite the contrary advice and dire predictions from his jesting colleagues. As part of the great news he invited work mates and some journalists for a drink at the Exchange Hotel, Cheltenham. All males, together with one female journalist, congregated in the public bar and ordered their drinks. It was there the trouble began.

The barman informed the group that the female member could not be served in the public bar. To obtain her drink she would be required to go to the ladies lounge where the environment may have been a little more refined but where the cost of a glass of beer was several cents dearer. The group protesting the barman’s action, resulted in the manager, John C Logan, being called. The manager was not sympathetic. According to him there were a million reasons, none of which he was prepared to recite, why women should not be served in a public bar. He terminated the debate by instructing the barman not to serve the lady as well as the two men who were arguing with him. Affronted by this decision and refusing to banish their female colleague to the ladies lounge the whole group marched out. [1]

During the First World War, with the strong influence of the Women’s Christian Temperance Union, six o’clock closing of hotels was instituted and became a permanent feature for fifty years. [2] Along with six o’clock closing came “the masculine style social engagement, hard fast, loud, competitive and gender exclusive”. [3] Known as the six o’clock swill, the space where this engagement took place was the public bar. In 1966 Victoria pubs were allowed to remain open until 10.00 p.m. but many of the social practices continued. The public bar remained the domain of the males.

While female customers were excluded from the public bar, women as workers were not. Indeed many hotel proprietors and licensees were female. Wright points out that by 1876 twenty two per cent of Victorian pubs were run by women. By the end of the century that figure had risen to fifty per cent and it remained near that level for the next forty years. [4] The Exchange Hotel at Cheltenham was no exception as it had female licensees from time to time and certainly had women working as barmaids. 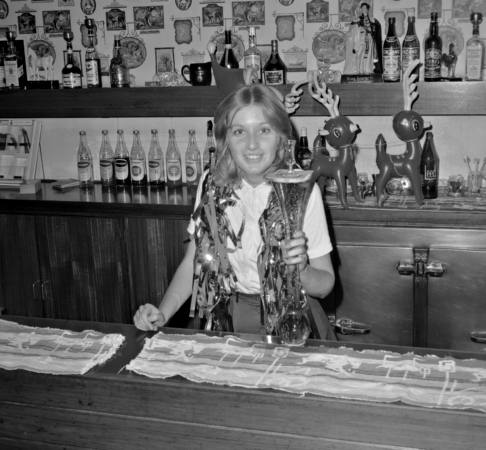 Barmaid Teresa Murphy with half yard of beer at the Exchange Hotel Cheltenham 1973. Courtesy Leader Collection.

When George Coote recounted the “Exchange Affair” in his column in the Moorabbin News two women responded with letters to the editor. Sadie Neave praised the men for supporting their female companion and hoped this action would encourage other males to act similarly against behaviour that discriminated against women. [5] Betty Toumbourou also thanked the ‘gentlemen of Standard News’ but had some harsh words to say about the behaviour of the hotel manager. She wondered if the fumes from his liquor sales were affecting his logic. “Women,” she said, “are not going to accept his insults when he refuses to serve fifty one per cent of the population in the public bar.” Toumbourou concluded her letter by informing the manager that he was sexist. [6]

The two female correspondents did not leave the matter there. Together with three other women they met as a deputation with John Logan, the licensee, on the morning of November 5 and informed him it was humiliating to be asked to leave. [7] They asked him if the discrimination against women was a rule of the hotel chain or his own house rule, and why was there no sign on the public bar stating that more than half of the public were not admitted. One lady even went so far as asking “Why isn’t there a sign saying women (and dogs) not admitted?” 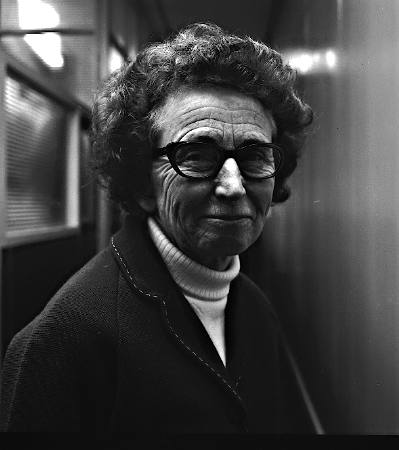 Betty Olle, a member of the deputation, 1973. Courtesy Leader Collection.

John Logan said he personally was not against ladies being in the public bar but his male customers objected to it. If ladies were present, he claimed, men would be inhibited if they wished to swear or tell a ribald joke. Members of the deputation responded by asking if the environment was so bad why did he subject his barmaids to it. In addition they pointed out that 52 per cent of the public were women and being forced to pay four cents more for each drink purchased in the ladies lounge was blatant discrimination. They stressed that the public bar was not ‘public’ if women were refused service.

The deputation left the hotel but the matter was not left there. That afternoon at twelve noon thirty five women invaded the public bar and each ordered a beer and distributed a pamphlet setting out their case. After stalling for fifteen minutes the manager acknowledged he was outnumbered and ordered the bar attendants to serve the women. Prior to the arrival of the women five members of the Seamen’s Union spoke with regular customers to smooth out any objections they might have. The women in the group represented the Women’s Electoral Lobby, the Union of Australian women, female unionists and supporters of women’s liberation in the community. While most of the women said they did not frequent hotels, and if they did they would not use the public bar, they nevertheless believed this discrimination against women must stop. In their view the extra charge on a glass of beer could not be justified and their exclusion from the public bar should cease.

When a reporter from the Standard News questioned male drinkers in the public bar he was unable to find a single person who objected to the presence of women or who opposed their argument. The women themselves were elated by the whole exercise. As one said, “It won’t mean a rush of women into the public bar but it is a major break-through for more equality. It is just a pity that we had to demonstrate to make the point.” [8]