As a resident of Mentone for several years John Spooner was convinced that there needed to be changes in the way the municipality of Mordialloc was managed. So strongly held was his belief that he decided to offer himself as a candidate at the council elections of August 1959 with a major component of his campaign promises being directed to the improvement of council administration. Secretary of Moulded Products, Mentone, he had many years of practical experience in management and was well qualified being an Associate of Australian Institute of Accountants, a member of the Chartered Institute of Secretariat as well as the Australian Institute of Cost Accountants. He was also a licensed company auditor.

Spooner offered himself in the Mentone Ward as an alternative to the sitting representative, Stan Hawken who had been elected to council in 1956 and was appointed mayor of the city in 1957. Hawken had upset some of the ratepayers because of what they viewed as his negative behaviour towards Gertrude McKenzie the first female mayor of the municipality. Gertrude McKenzie, herself had written a letter to the Mordialloc City News disputing some of the claims Hawken made about his achievements as a councillor. The outcome of the election was that Spooner was victorious gaining 2034 votes with a majority of 469. [1] 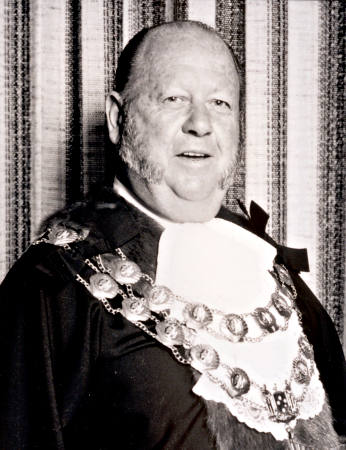 One month after his election Jack Spooner convinced his colleagues that a special meeting of council be held to consider ways and means of streamlining council procedures. Spooner was dissatisfied with the way meetings dragged on into the early hours of the morning when inconsequential matters were often discussed. He believed there needed to be greater use of committees to handle routine matters and so allow council to spend time discussing matters of consequence which he described as major policy matters. The councillors were unanimous in agreeing to the proposed meeting although Cr Sambell while sympathetic indicated that he could see problems or ‘lots of snags in the Local Government Act’. [2]

Ultimately Jack Spooner was asked by his colleagues to undertake an investigation into the general problems of administration of the council and to recommend modifications that would improve its performance. In his report he noted that a volume of work was not receiving the attention it deserved and the office was not functioning in keeping with modern office practices. [3] He suggested that the current three committees managing council business should be increased to four but most significantly he suggested that not all councillors should sit on all committees. This feature created some concern amongst some colleagues.

At the time the three operating committees were finance and staff; public works and health; and reserves and halls. Each had a membership of nine councillors. The new proposal was for four committees each with a membership of four councillors with the mayor holding an ex-officio role. The proposed committees and their membership were :- Finance Staff and Budget – Crs Denyer, McKenzie, Burke and Spooner; Public Works and Health – Crs Greaves, Weire, Thomson and McLean; Reserves, Halls and Library – Crs Burke, Weire, Greaves and McLean; Town Planning, Traffic Regulations and Lighting – Crs McKenzie, Thomson, McLean and Spooner. This last named committee was the new addition. The first named member of each committee was to be chairman.

Although the mayor, Cr Sambell moved the adoption of Cr Spooner’s plan he indicated he intended to speak and vote against it. He expressed the view that the city was “too small for this sort of thing”. Cr Denyer wanted the membership of both the Finance and Public Works increased so that the chairman of both committees would sit on both committees to facilitate coordination and Cr Greaves indicated he liked to attend all committees so that he knew what was going on. Cr Shirley Burke said that if these views were accommodated the original idea of creating smaller committees would be defeated. Cr Sambell then moved an amendment to the original motion that the report be referred to the town clerk and city engineer for comment. [4] Five councillors agreed to this amendment. 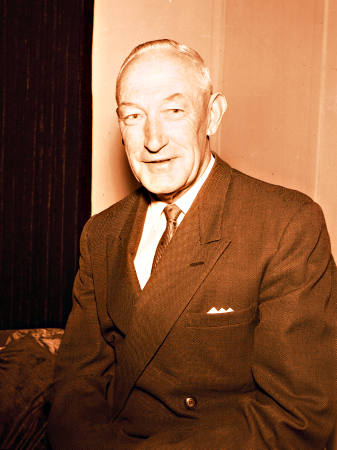 The nine page Spooner report also contained other recommendations including the duration of council meetings and the manner in which financial information was presented. At the time council meetings commenced at 8.30 p.m. and could run into the early hours of the morning. The proposal was that meetings should commence at 8.00 p.m. and conclude by 10.30 p.m. Cr Spooner said the financial information presented to council revealed nothing to him and would not do so until unnecessary detail was dispensed with. Nevertheless, he stressed the importance of accurate information on which the council could plan its expenditure. He pointed to examples of poor administration including unnecessary delays in answering correspondence, lack of up to date financial information, poor presentation of data and an inadequate filing system.

Cr Spooner expressed disappointment at the comments of the mayor who was critical about the proposed committee arrangements, and in response pointing out that other councils of similar size to Mordialloc adopted similar system to the one he was recommending. Cr Shirley Burke supported the adoption of the new procedures reminding her colleagues if they were found unsatisfactory they could revert back to the present system. [5] But she firmly believed that as a community they could not afford negative thinking, lack of vision and planning, inaction and wasted opportunities and poor administration.

At the following council meeting the town clerk (Mr J Grut) indicated he was not in a position to respond to the Spooner Report because he was waiting for information from the council’s solicitor but did indicate that he believed the greater part of council business needed to be dealt with in full council. He went on to suggest that the committee system would cause delays of up to six weeks in decision making and feared matters could be referred to the wrong committee. [6] 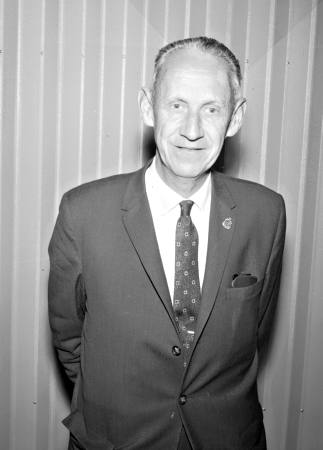 Mr Grut’s response came as no surprise to Cr Spooner who saw it as just a reflection of the town clerk’s negative attitude to change. Nevertheless Spooner persisted with his view that the council had to change and it was not satisfactory to wait for things to evolve. Finally he was successful in convincing the majority of the councillors of his scheme to streamline council procedures. With a vote of 5 to 4, council adopted the Spooner plan and a sub-committee was formed to see to its implementation in 1960. [7]

The Spooner Report was one of the catalysts that lead to possibly the most traumatic event in the history of the City of Mordialloc, namely the suspension of the town clerk. Putting aside a town clerk was a rare event amongst municipalities. On May 14, 1962 Jack Grut was suspended on a vote of five councillors to four. Many of the charges brought against him reflected the issues identified in the Spooner Report.

The subsequent enquiry into the suspension of Jack Grut exonerated him, directed that he be reinstated to the position of town clerk, his salary to be paid for the time he was under suspension and awarded him £4530 costs. The magistrate sitting in judgment on the case was critical of Cr Spooner, as he was then, for not interviewing the town clerk when conducting his investigation into the administration and operation of the council and so questioned the quality of the report and the conclusions it drew.

At the election that took place just before the Enquiry Report was tabled at council John Spooner stood again as a candidate for the Mentone Ward. On this occasion his opponent was Mal Buxton, a solicitor. Spooner was defeated with Buxton gaining a clear majority. Buxton polled 3143 votes to Spooner’s 2316. [8] John Spooner’s defeat was seen by the local paper as a ‘sound defeat for the Burke Spooner faction,’ and concluded that the there was not the slightest doubt that the majority of ratepayers had taken a very dim view of the shabby treatment meted out to the town clerk. This may or may not be true as there were no doubt other factors influencing their vote including the quality of the opposing candidate and the promises being made as to future actions. Nevertheless, it can be said that the Spooner Report was an important document that simulated much debate and lead to a dramatic and traumatic occasion in the history of the City of Mordialloc.