Mordialloc and the ICK and OCK of It

In 1959 Frank Martin, of Krone Street Mordialloc, wrote lamenting to the Editor of the Mordialloc City News about people who incorrectly pronounce the ending of the word Mordialloc. The Editor agreed, “It should be a matter for regret that the beautiful, euphonious aboriginal place names, Moordi Yallock, which marked the particular creek in this district, have been perverted to a ‘lick’ ending – Mordiallick.

Mr Martin wrote, “By no system of phonetics can OCK be pronounced ICK and I think it must have been the stable hands and the not-so-well informed who gradually changed the open sound, OCK to this street-mouth finish to the name of the city in which we live.

“It was no one’s job to enlighten them and it spread to the train announcers at Flinders Street. Literally thousands used the rail in the past to reach the sea, and to these visitors it was Mordiallick.

“This pronunciation is rife among the Melbourne broadcasters and sporting bodies and also the local carnival announcers.

“However there is one school in the district whose children have the drill, “TICK TOCK, MORDIALLOC”, and the late station master here was always correct.

“My view is that a cultural matter such as this should be the concern of the city itself, that is, the mayor and councillors. They and the City Hall officers ought to know of the origins and early history of it, but I think the present set-up there is firmly wedded to ICK. This is a pity, for it will be an outsize task to break it up.” 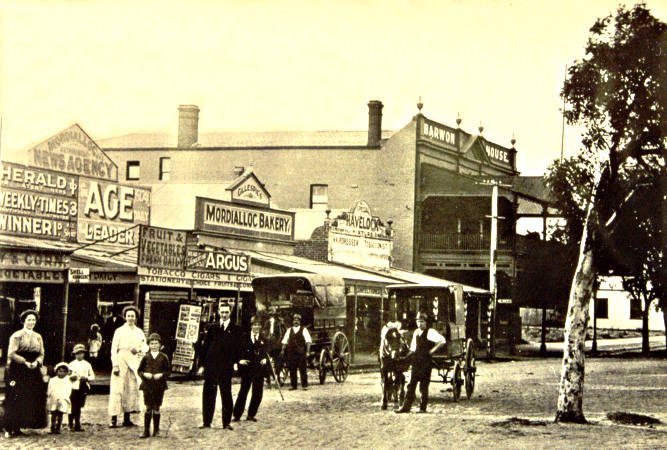