The old homestead on Nepean Highway, known as The Grange, was built in 1856 for Charles Tuck. In 1983 it was gone, demolished after lengthy arguments both in council and in the community. The site then became available for new uses identified by the council. But once again controversy reigned with some people wanting to build an arts complex whilst others argued for an administrative building for council officers. In addition there were some individuals who wanted the land preserved for recreational purposes. [1] 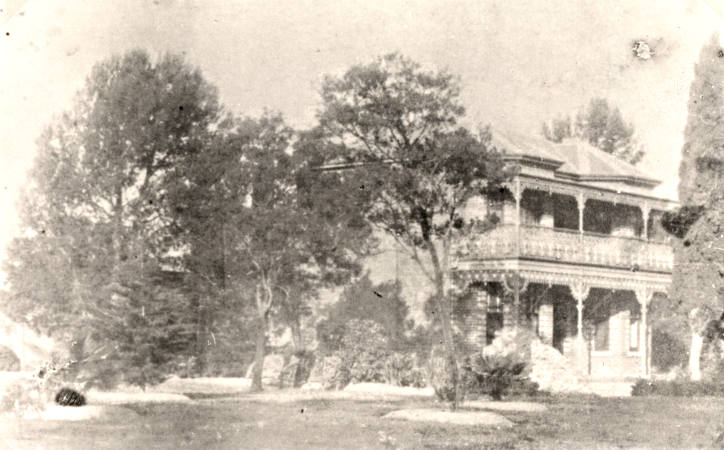 In December 1984 the council announced its intention to build a $5 million administration complex on The Grange site. This followed presentation of a report, prepared by Jennings Industries, which was commissioned by Council in March, in which six options were put forward. Five related to modification and extension of facilities on what was the existing town hall site while the sixth, Option F, assessed the suitability of The Grange site. It was Option F that the majority of council members chose to pursue. Given this decision the council applied to the Melbourne Metropolitan Board of Works for a land use planning permit and appointed Jennings Industries Ltd as consultants to prepare working drawings for the new complex.

The State Government’s strategy plan for the metropolitan area encouraged the location of large office facilities within designated district centres. In this instance the district centre nominated was Cheltenham, not Moorabbin. As a result the Minister of Planning in the State government, Evan Walker, asked the council to examine the option of locating their administration complex in Cheltenham. This was done.

The council employed Wilson Sayer, Core Pty Ltd to report on the most appropriate site for the relocation of council’s administrative operations. Their report was strongly in favour of The Grange option. The reasons given for this conclusion included the fact that site would result in minimal environment impact, its location would serve a greater portion of the city’s population, and it was the most available economical site in contrast to the high cost of acquiring land in the Cheltenham district centre. [2]

Two councillors were not happy with The Grange decision and spoke strongly against it. While Cr Salter did not challenge the need for a new administration building he thought it should be placed on the existing town hall site where, in his view, there was sufficient room. He did question the need for an arts and cultural complex which he felt would become “just another council liability along with many other council activity centres.” [3] Cr Jack Levy argued that the effect of the proposed development on residents should be examined more carefully and residents near the proposed site of the development should be consulted before the council proceeded with further planning. His aggressive statements about possible impact on neighbours raised concerns of neighbours about the development including the vicar of St David’s Anglican Church, the Reverend John Macmillan.[4] 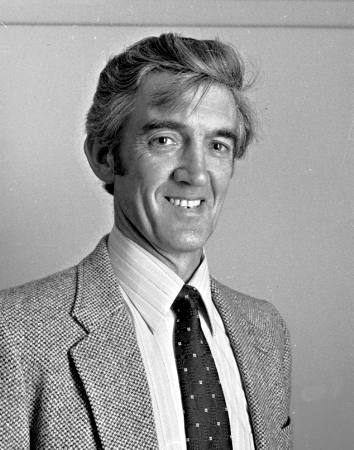 In statements to the local press, Cr Levy, said council “had its eyes on St David’s next to The Grange site, for a car parking area.” He pointed out that council was continuing with its plans for the administrative centre without providing information to residents about their future in the area. He advocated a letter box drop to inform residents and test their reaction to council’s decision to develop The Grange site. Cr Levy estimated the cost of the proposed centre would rise to about $9 million once costs of buying surrounding properties to accommodate the need for additional car parking spaces were included while at the same time the value of the surrounding homes would fall. Fired up about the issue, Cr Levy said he would fight his “benevolent dictator council colleagues” to have the administration block rebuilt on the existing town hall site. 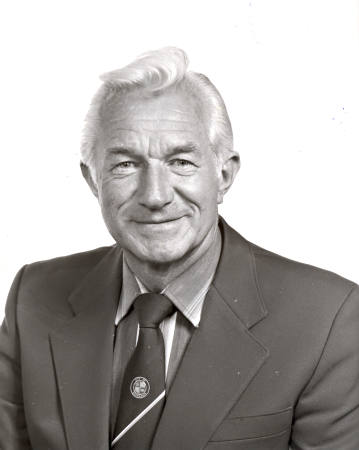 The notion that St David’s Anglican Church could be compulsorily acquired to provide additional space for the administration building brought heated responses. The vicar, John Macmillan, said “It is absolutely incredible that the Anglican Church has been allowed to serve the municipality so well for 96 years and then be subject to the treatment it was getting from the Moorabbin Council. He warned the council that the congregation would fight the “long arm of the Moorabbin Council.” The town clerk, Jacobs, acknowledged that compulsory acquisition of property was difficult but the council would consider buying any properties around The Grange site if they were offered. [5] 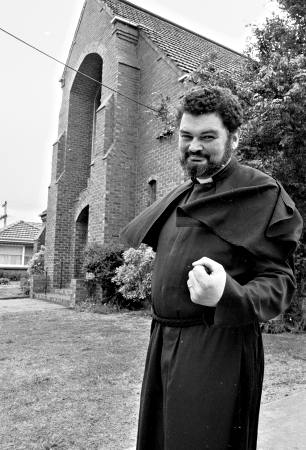 The mayor, Cr Frank Le Page, was angry with his colleague Cr Levy for his comments about compulsory acquisition of church property. He made it clear in an advertisement placed in the Standard News, that the council had not decided to acquire or compulsorily acquire any of the properties adjoining the council owned The Grange. Nevertheless, Cr Alan Salter, who had joined Cr Levy in opposition to the use of the Grange site for an administration building, pointed to the minutes of the council’s executive management group dated November 26 in which the city valuer was directed to obtain a valuation of St David’s church site. The group went further, calling for the purchase by stages of all the land between Redholme St and Gwenda St along Nepean Highway, a recommendation that included the church. The reason given for the recommendation was “to provide for the long term development of the administration centre.” [6]

With the commencement of the New Year in 1985, the mayor called for less dissension amongst councillors and pointed out that the decision reached on the location of the new administration centre had been almost unanimous with a 10 to 2 vote. This plea was no doubt directed at Cr Levy and Cr Salter. Cr Levy responded by indicating he was going to have his say despite what the mayor and others said. He was most concerned that the matter had not been debated openly in council for at no time, he claimed, had the council considered the effect on the neighbourhood, the intrusion into residential tranquillity and the depreciation of their properties, traffic usage with the creation of an ugly car park and the destruction of the social fabric of the people living there. [7] He persisted with his claim that council planned to acquire extra land around The Grange.

Two councillors expressed some annoyance with Cr Levy and his claims. Cr Cooper said she and other councillors were embarrassed by Cr Levy’s behaviour. “We are all fed up with having to answer queries and fears that are unfounded just because of one publicity seeking councillor. There is absolutely no threat to nearby residents or the church.” Cr Ron Brownlees, reflecting on Cr Levy service in the navy, said his colleague “was all at sea” and was critical of the fact that Cr Levy failed to mention that the development plans also provided for a new library, infant welfare centre, community theatre and cultural centre as well as other much needed community facilities to be built on the town hall site. [8]

Cr Levy delivered a wounding blow a month later when he informed council there was a covenant on The Grange site which prevented the construction of the administrative centre there. This he had discovered by spending his own money to search the title at the Titles Office. The covenant said that the site could not be used for purposes other than cultural, educational and recreational. Stunned by this disclosure, councillors denied that they had knowledge of the covenant even though two councillors had signed the legal documents on the occasion of the sale. Accusations and denials of impropriety and bungling were then exchanged between Cr Levy and the mayor, Cr Le Page, who was one of the signatories, leading to threats of legal action against Cr Levy for his offensive language. Cr Le Page said he didn’t recall the covenant, and reminded councillors that the sale took place a long time ago and he was required to sign thousands of documents. Cr Fox the other signatory failed to recall the covenant. Cr Neil Hamilton, not to be deterred from proceeding with the planned building of the administrative centre on The Grange, said that the covenant meant they would have to go through the legal hoops to have it removed. It was simply a legal obstacle which had to be overcome. [9] An answer to the problem was for the council to approach the Healey brothers, who originally placed the constraint on the use of the land at the time of sale, and ask them to remove it. Cr Hamilton said they were too far down the track with the project to do otherwise. [10]

In March 1985 the town clerk was authorised by council to approach Mr Keith Healey in Bataba Street and Mr and Mrs Geoffrey Seeley of Nepean Highway with the aim of buying their properties which were adjoining The Grange. Both rejected the council offer of $125,000 a block. The asking prices of $230,000 and $200,000, respectively, proved to be a major stumbling block and as a result the council dropped its negotiations for the land. This situation was viewed by some as meaning the council had abandoned its resolution to build the administrative centre on The Grange site. Certainly some councillors were wavering in their determination to build upon The Grange site as a motion that The Grange site be not proceeded with was lost on the narrow margin of 6-5. Further evidence that the council would not proceed with plans for The Grange was a decision to put the existing town hall site, plus the council owned shops adjacent to the railway station, and council land abutting South Road, all under the one title. Also Jennings Industries were instructed to prepare another plan for the administrative centre but this time located on the existing town hall site. [11]

By April 1985 concern was being expressed about the lack of progress in reaching a decision about the location of the administration centre. The delay was costing money. Building costs were going up about one per cent each month. Cr Frank Le Page reminded councillors and the community that the planning for the centre had commenced two years previously and it was first talked about ten years ago. It was not fair to council staff he claimed. Cr Levy said, “I unequivocally support the necessity to upgrade and extend the administration building on its present site as planned when nearby shops were purchased at a cost of $303,000 for this purpose.” So he endorsed the view that it was urgent that council “proceed forthwith” but he remained firm in his conviction that The Grange was not the place for this development. [12]

At a meeting at the end of April, after five months of bitter recriminations, the decision was made that the multi million administrative centre would not be built on the Grange. While the final design of the centre had yet to be approved it was expected to be a free standing administration building, an arts and cultural theatre complex and a conference or convention facility would be built on the existing town hall site and adjacent land owned by the council. Consideration was also to be given to a two storey basement car parking provision. The mayor, Cr Frank Le Page, said council would take no further action on development of The Grange site until a report was presented to council on alternative future uses. In fact some years were to pass before the council reached a decision to sell the Grange property to allow the building of a twenty four hour police station and district headquarters. [13] This once again was a controversial decision about The Grange that caused dissension amongst councillors and community members but the council maintained its position. The use of The Grange property had finally been resolved, or at least for the immediate future. 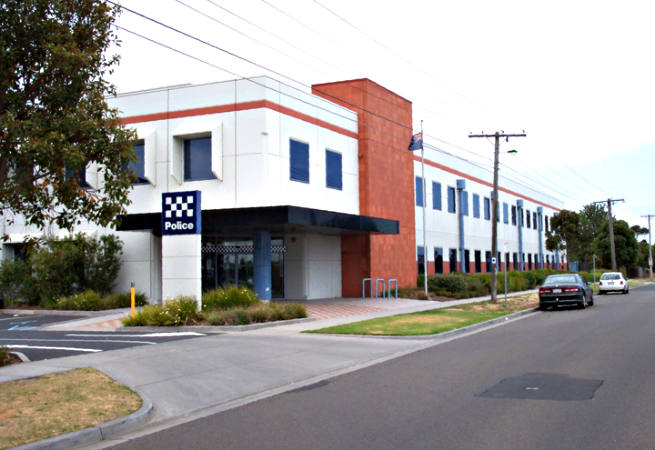