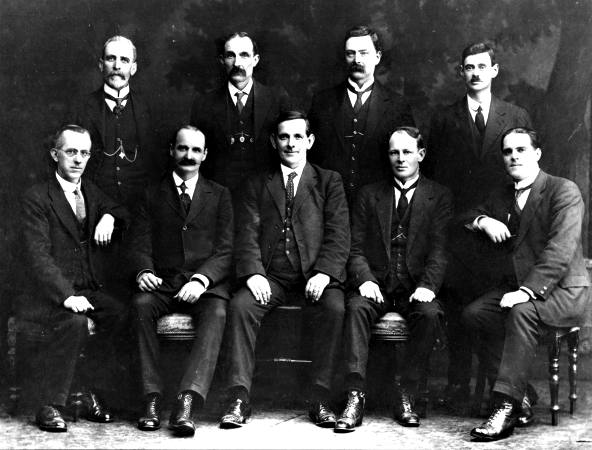 About 1917 there was a move by some people and groups to have Aspendale, Carrum and Chelsea separated off from the Shire of Dandenong to form a new Borough. This movement was unsuccessful although a new riding with three additional councillors was created in the Shire so that the “bayside ratepayers” could have more direct and stronger representation. However this modification of council boundaries and the election of additional councillors did not satisfy some individuals who continued to work for severance of the bayside area from the Dandenong Shire.

It was in 1919 that the movement for severance gained momentum. Public meetings were held where the case for severance was argued, the signatures of ratepayers on petitions sought, and a committee formed with representation from the three towns and progress associations to promote the cause. One matter that had to be resolved was the name of the borough to be. This caused considerable discussion both at meetings and in the local press.

A small advertisement placed in the local paper by the secretary of the Severance Committee headed “Proposed Seaside Borough” offering a prize of £3 3s to the person who was the first to suggest the name selected by the committee attracted many entries. [1] One competitor sent a list comprising names beginning with every letter in the alphabet. One anonymous entry offered the unique entry of “Good Old Boy”. Because of the large number of entries each member of the severance committee was asked to select two names for consideration from the 330 offered. This gave a pool of nine names as some committee members selected the same name. The names suggested were Carrum, Beachborough, Baylands, Saltair, Seacardale, Seacarvale, Oceanleigh, Bayside and Seaview.

A preferential ballot was then conducted resulting in the identification of the name Carrum. It was a name with which all members of the committee were comfortable. The arguments put forward in its favour included the fact that it was the only name already in the proposed borough, it was well known so all Victorians would know where it was and it was proposed by a returned soldier, Mr Doyle a city journalist. Confirming the decision, the story was told of the soldier who went to the General Post Office in London to send a telegram to Carrum. When he asked if he had to put Victoria or Australia in the address he was informed that it was not necessary as Carrum was the only place in the British Empire with that name. Mr Doyle in his submission, while acknowledging the uniqueness of the name pointed out it was a derivation of the native Karum Karum, meaning Boomerang. Hence, a true Australian name. [2]

Carrum, the name of the new borough was to survive for only a short time before it was challenged as not being the most suitable name for the local government district. With the raising of the status of the district from borough to town in 1923 the name Carrum was dropped in favour of Chelsea but once again only after lengthy debate both in council and the community.