One day it was there and eleven days later it wasn’t. On March 24, 1984 it was discovered the mayoral chain for the City of Chelsea was missing. Police were called. Who was responsible for the theft, how as he able to gain access to where it was kept, and why was he not detected? Many questions were asked but answers were few and unsatisfactory.

Mayoral chains were part of mayoral regalia that became popular in Queen Victoria’s England and subsequently in Victoria. A chain was seen as an outward sign of authority, responsibility and power. Usually the chain had a drop medallion on which appeared the design of the council seal or insignia. The links of the chain were disks or medallions, which varied in design according to taste. The City of Melbourne mayoral chain was created in 1884 when the Town Clerk presented the pendant medallion. Subsequently an engraved medallion was added showing the name and date of each newly appointed Mayor or Lord Mayor. This practice in the City of Melbourne of adding new medallions ceased after 1982.

It was Cr Les Payne, when mayor in 1946, who suggested that the City of Chelsea should have a mayoral chain.[1] The suggestion was adopted and former mayors were approached inviting them to contribute a link to the chain as a record of their service as mayor. The practice of adding links with the appointment of each new mayor was continued for several years although since 1979 the cost was borne by the council rather than by the individual councillor. It was this chain that was stolen in 1984. 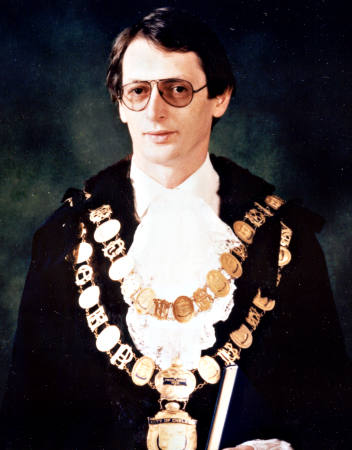 Jack Drinan, Town Clerk recalled that he went to get the chain to dress the Mayor, Cr Jim Ensor, as was his custom, only to find it missing. The newspaper report said the safe was found open. [2] The last time the chain was seen was on the nineteenth of March when the Mayor had dressed for a council meeting. After the meeting the chain was locked away in the cupboard. Drinan explained that the chain was normally kept in a safe at the bottom of the mayoral cupboard. Only two people had a key to the safe, the mayor of the day and the town clerk, but many knew the location of the key to the mayoral cupboard. [3] 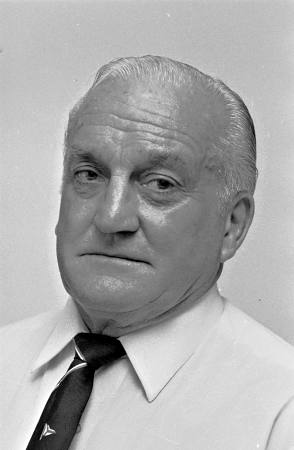 The mayor, Cr Ensor, said the councillors were upset at the loss of the chain as it had a lot of sentimental value and had an historical link to the city. At the time, he said, the council would offer a reward for any information that lead to its recovery. [4] Although Jack Drinan never named anyone he believed it had to be an “inside job”. The police interviewed many people without laying any charges but Jack Drinan said there were innuendo floating around at the time. He acknowledged he was probably suspect number one. [5] The culprit, however, was never discovered. Police believed the chain would have been melted down within hours of being stolen.

Although the police suggested the chain when melted down would probably only be worth between $2000, to $3000 it was insured for more than $40,000. The availability of the insurance money allowed the council to have a replica made by the original jeweller, P Blashki & Sons working from photographs. [6] Ron Jacobs recalled that when he was first elected mayor in 1985 the a mayoral chain was not available. It was some six months before the replacement chain became available allowing him to be appropriately dressed for official occasions. 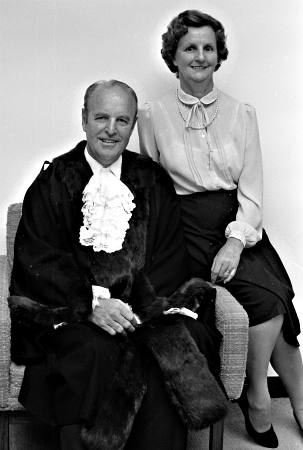 Today the Chelsea mayoral chain is kept at the Kingston Council Chambers at Cheltenham along with the chains from the former municipalities of Moorabbin and Mordialloc. Their combined value is in the vicinity of $300,000. Kingston mayors, at functions in the former cities, have occasionally worn the chains. The Kingston chain was created in 2000 by Blashki and Sons of Hawthorn costing $12,000. It includes a drop medallion which shows the Kingston Council crest. Like in former years in the former municipalities it is planned to add medallions on each occasion a new mayor is appointed. But security is much more prominent issue with all chains being kept under “lock and key” to avoid the situation that occurred at Chelsea in 1984. 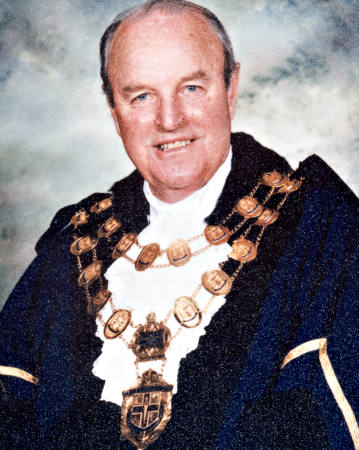