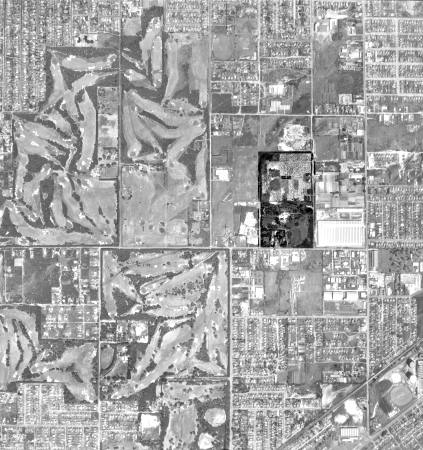 Aerial view of the New Cheltenham Cemetery and surroundings, 1956.

In 1929 the Trustees of the Cheltenham Cemetery were becoming concerned that the capacity of the cemetery on Charman Road, commenced in 1864, would be unable to meet the future demand for burial spaces.[1] They turned to the local municipal councils for support in presenting a case to the government for more land.

In September 1929 the trustees with representatives from the cities of Sandringham, Mordialloc and Chelsea, together with representatives from the Shire of Moorabbin, waited on the Dr Argyle, the Chief Secretary. Their purpose was to convince Dr Argyle, that fifteen acres of land on Reserve Road near Bay Road should be purchased for cemetery purposes. Mr J H Sheehy for the trustees spoke of the progress that was occurring in the seaside municipalities of Mordialloc and Chelsea, previously part of the shires of Moorabbin and Dandenong, and the fact that Moorabbin itself was going ahead in “leaps and bounds”. The population was increasing enormously yet the spaces available for burials were diminishing fast. The St Kilda cemetery he said was full while the Brighton cemetery like Cheltenham had only a few graves left. The Fawkner and Springvale cemeteries, Sheedy suggested, were too far away. People liked to visit the graves of their dead relatives but bearing in mind that most of these people were working class they did not have the money to pay for the heavy fares, nor could they afford the loss of time to visit the graves in these distant cemeteries. The lack of local facilities created great hardship. Sheedy thought the request of the trustees was not unreasonable as they were in a position to finance the proposal; all they wanted from the Minister was his consent for them to proceed.

Mr G Brownfield supporting his colleague, Mr Sheedy, said it was in the personal interests of the trustees if the Minister did not grant their request for a new site because it would involve them in more work; work for which they received no compensation. However, they were prepared to do it in the interests of the local people. Perhaps, he suggested, some provision should be made to pay trustees for their out of pocket expenses. He went on to point out that 769 persons had been buried in the previous year and 343 had been interred in the first six months of the current year. The Cheltenham Cemetery had also accommodated all the individuals who died at the Heatherton Sanatorium and the Benevolent Asylum for whom they only received fifteen shillings for each burial.

Dr Argyle responded, commenting that they heard a lot about the high cost of living but the deputation had made the case out for the high cost of dying. He acknowledged that something had to be done to relieve the situation, and informed the deputation that the government was framing a cemetery bill and observed that it seemed strange the only public utilities making handsome profits were the cemetery trusts. [2]

A second deputation took place in early February of 1930. On this occasion the deputation was to the Hon Beckett, Minister of Health. As with the previous deputation the municipalities of Mordialloc and Moorabbin were represented, together with Oakleigh and the trustees of the Cheltenham cemetery. Representatives from Chelsea and Sandringham were “unavoidably absent”. Again the circumstances faced by the Cheltenham trustees were explained. The Cheltenham Cemetery had a railway line on one side, the State School on another, with its rear boundary on the Cheltenham Park. In the view of the trustees there was no possibility of an extension. The only option was to find new land in a reasonable proximity to the Cheltenham. This was an urgent need as they believed the Cheltenham cemetery had only the potential of an additional 300 graves before it was full.

The trustees informed the Minister that there would be no need to draw upon government funds and become a burden on the taxpayer as they had built up a savings account with moneys received from grave openings and interest on funds sufficient to meet all costs. Their suggestion was that this money be used to purchase the land and make the necessary improvements. What they required from the Minister was support, assistance and consent.

Mr Beckett acknowledged the deputation had made a strong case and was particularly impressed that they were not asking him for money. He pointed out, however, that he would have to discuss it with experts and officers of his Department before he could give a definitive answer. But, he said, unless some solid objection was raised he would give them a favourable answer within seven days. Mr Cremean, the newly elected local member to the Legislative Assembly who had introduced the deputation to the Minister, felt confident that they would gain their objective because they were not asking for money. [3]

The hoped for answer did not eventuate within seven days. It was not until eight months later in November that a positive response was available. The Minister for Public Health, the Hon W J Beckett, introduced for a second reading the Cemeteries Bill in the Legislative Council. The Bill authorized the application of surplus moneys in the hands of trustees of public cemeteries for the purchase of more land in the vicinity of existing cemeteries. He acknowledged that originally the bill was designed to enable the acquisition of more land for the Cheltenham cemetery but after further enquires he found there were other cemeteries in similar situations, including Brighton and Castlemaine. Hence the bill was drafted to have general application. It indicated that once a plan had the approval of the Governor in Council, the Board of Land and Works was empowered to acquire, at the expense of the trustees, the area of land desired by them. This procedure was seen to be necessary as cemeteries are Crown land and under the control of the Crown. The owners of the land being acquired were entitled to compensation under the Lands Compensation Act. [4] 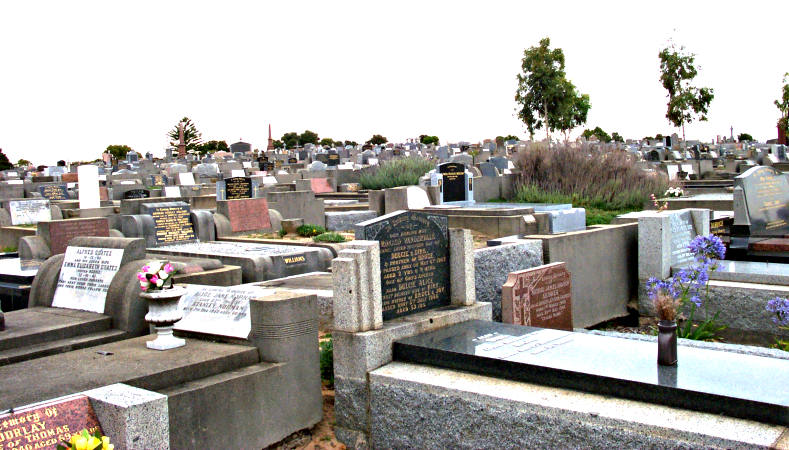 Graves at the New Cheltenham Cemetery, 2004.

The local newspaper welcomed the news that the Cemeteries Bill had passed all stages in both Houses of Parliament, making the way clear for the trustees to commence implementing their plans. The reporter was confident that the trustees would do a good job because of the work they had undertaken at the Cemetery on Charman Road where they had brick paths constructed, a new front wall built and a row of cypresses trees planted to form a hedge inside the new brick fence. [5] The success of the new cemetery in Reserve Road seemed assured with the first interment at the new cemetery taking place on March 27, 1933. 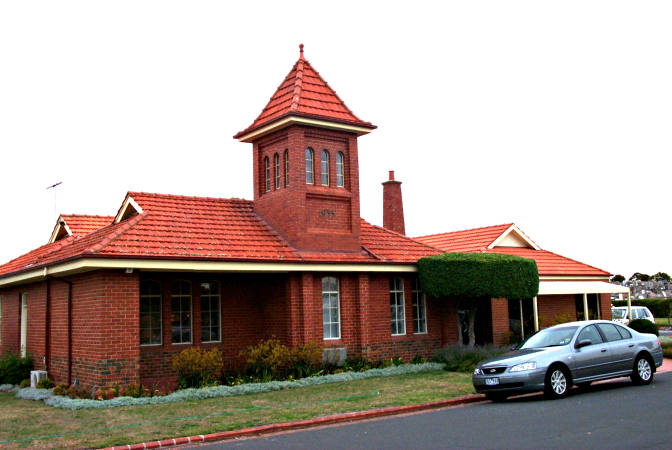