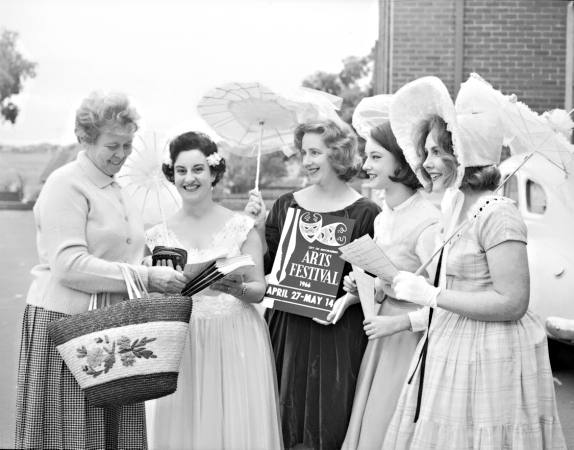 A letter addressed "Mrs Rita Clarke, Bentleigh" in 1988 had the Post Office addition, "Try 1 Roma St." This provides a clue of how well known Rita Clarke was in the community. In the letter Jack Collins recalled an event that happened more than 50 years earlier in Albury. An event that was the beginning of a career in music and community service of a young woman named Rita Gilson.

Jack Collins wrote of the occasion when as a nine year old he attended a farewell performance of Rita Gilson in Albury's New Regent Theatre; the night £150 was raised. As he said, a lot of money in those days. Rita had been "noticed" by Dame Nellie Melba at Albury during one of her many farewell concerts. Following her own performance Melba was asked to listen to the singing of sixteen year old Rita. After doing so she confirmed the local view that Rita had a voice of "world quality" and told the audience that Rita should attend her conservatorium in Melbourne. A major hurdle in achieving this outcome was raising the money necessary to pay Rita's term fee of £10, and her board.

Through the efforts of a committee the money was raised, enabling Rita to spend over two years at the Conservatorium. Following this training she joined the J C Williamson's Company travelling around Australia and visiting South Africa and New Zealand at a time when it was difficult for a young woman to travel overseas. Mainly, she acknowledged, she played small parts but that was some achievement, as Rita explained, in those days 800 would audition for the available 24 roles.

On December 22, 1933 Rita Gilson married Harry Clarke in St Patrick's Cathedral, Melbourne, as a 'vagrant', a person with no fixed address as she had been travelling for some time with the J C Williamson Company. [2] After the wedding Rita and Harry resided in Ivanhoe of twenty nine years. Moving to Bentleigh in 1962 Rita quickly became involved in new musical initiatives while Harry was employed at Nylex, Mentone.

It was in 1962 as part of the Moorabbin Centenary Festival that a small group of people from St Paul's Roman Catholic Church, Bentleigh, successfully presented Gilbert and Sullivan's Trial by Jury. With this resounding success together with the enthusiastic reaction of the public it was agreed to form an on-going company. Here was the beginning of the Southern Cross Theatre Company. Vincent Warrener, the choir master of St Paul's and a man with a lot of experience in staging the works of Gilbert and Sullivan, together with Rita Clarke, a member of the church choir, were founding members of the new company. Rita was seen as the 'moving spirit' and it was her suggestion of name, inspired by the Southern Cross lighting effects on the tower of the church, that was adopted. From the time of its inception and for many years Rita was the elected secretary of the company.

The first production of the new company was 'Pinafore' presented to packed houses over two nights at St Paul's Hall in Jasper Road. To accommodate the production the hall was extended six feet by twenty five feet along with new curtains. The local newspaper in reviewing the performances suggested on the basis of this initial production that future ventures could find people queuing down Higgins Road in their efforts to gain admission. Vincent Warrener took the roles of both producer and director. Rita Clarke was one of the principal performers taking the role of "Buttercup" while John Lyons was Sir Joseph, the "monarch of the sea." Other performers were Nita Buchanan, Laurie Flegeltaub, Syd Flegeltaub, Donald Watkins, Joy Alliston, Harry Clarke and Dudley Podbury. In total there were thirty two artists taking part. In addition to her role as Buttercup, Rita Clarke was also one of the ticket secretaries, a task she took up for many subsequent productions. Programs over several years acknowledge Rita's contributions in make-up, programme set up, calls, and publicity. Harry Clarke was also involved as chorus member, president of the committee, house management, and business manager. In later years productions included; The Mikado, The Belle of New York, The Maid of the Mountains, Variety 1967, Salad Days, Desert Song, Merry Widow, Waltzes of Vienna, the Boyfriend, Bye Bye Birdie and Yeomen of the Guard. Enid de War said they never performed "Patience" because they thought they could never convincingly take the part of "loved sick maidens". 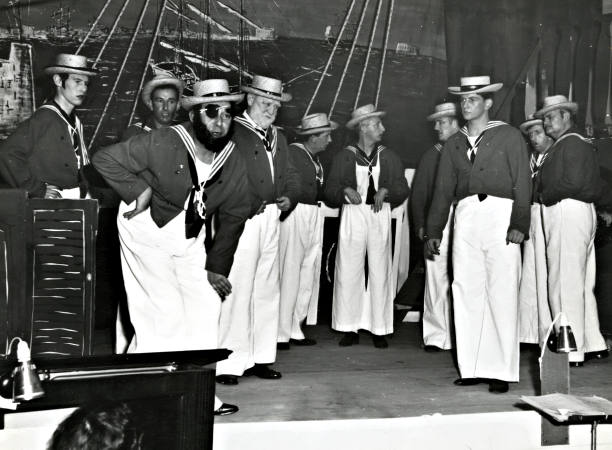 As part of its first production, the company invited members of the Moorabbin Elderly Citizens' Club to the dress rehearsal and provided them with a hot supper after the show. This was most appreciated by the elderly citizens but it was also an indication of the company's interest in reaching out to other members of the community, particularly the aged. The company formed a concert party which performed at elderly citizens parties and charity functions all over Melbourne. Rita became organiser of the concert party and her singing was an outstanding feature of the troupe. Over a year up to 90 performances were given, sometimes two in one day. Barry Ward, the manager of the Moorabbin Sheltered Employment Unit of the Spastic Society, wrote a letter to the Moorabbin News pointing out the remarkably high standard of the entertainment provided and the joy it brought to people less fortunate than themselves. "When they charge a fee, they take out only expenses and pass on the balance, that others may benefit," said Ward. After a visit to the Moorabbin Hospital the group presented the manager with a cheque for $500 to endow a bed. 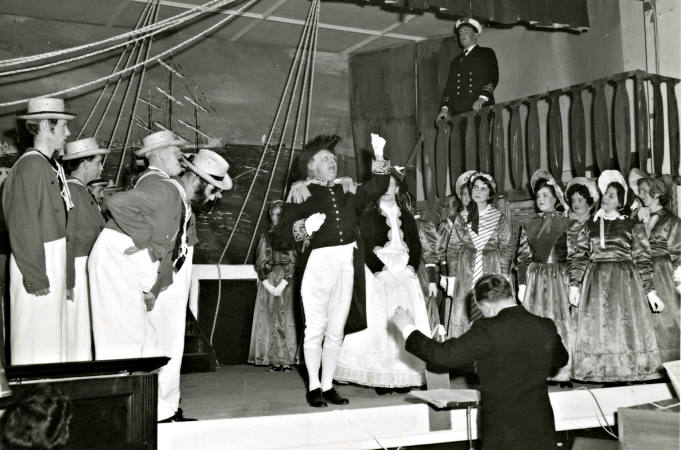 Rita Clarke, who also had a strong involvement with the Red Cross, was awarded in 1998 an Order of Australia (OAM) for her involvement in charities and community organisations, particularly as a fundraiser, performer and organiser of musical events. Now in 2007 at ninety six years of age and a resident at Parkglen Community Village, Keysborough, Rita continues her interest in the arts. 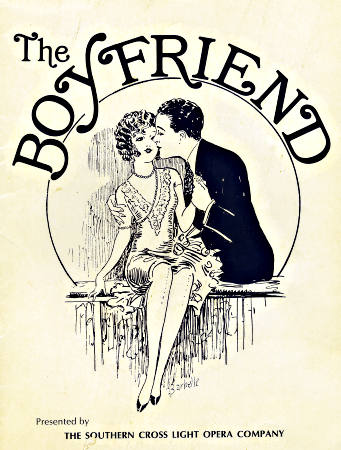