Trouble on the Train 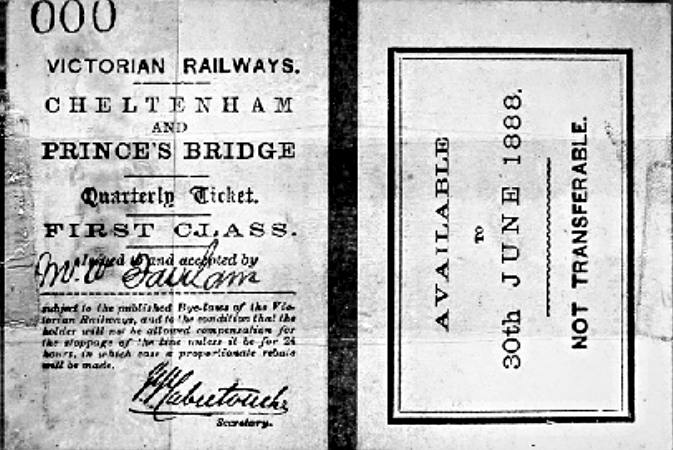 Rowdy and often intoxicated young men catching a late train on the Frankston line after an entertaining night in the city were causing discomfort to many of their fellow passengers travelling in the second class carriages. This was most prevalent on Saturday nights. Their language was frequently foul and an embarrassment to women and children present. The reaction of the authorities to the complaints they received was to assign members of the police force on the train to arrest the offenders. The behaviour of these young men, their subsequent arrest, and appearance in the local courts was reported in the local paper.

On Saturday June 14, 1890 Constables Barry and McEvilly were instructed to travel in plain clothes on the 11.25 train from Melbourne to Cheltenham. Arriving at the Princes Bridge station a little before the train was to leave they observed fifteen young men walking in a disorderly fashion along the platform to board a second class smoking compartment of the train. Several were carrying bottles of beer in their pockets. The constables joined them in the train compartment where a number of people described as ‘respectable’ were already seated. The report in the Brighton Southern Cross said that from the time they entered the compartment the men commenced drinking, freely indulged in obscene language and began tipping beer over one another, some of which splashed on to other passengers. The disgraceful behaviour continued during the course of the journey. As the train left some stations empty beer bottles were thrown from the carriage endangering the safety of people standing on the platform. On arrival at East Brighton (Bentleigh) the gang prepared to leave the train and it was at that time that the constables moved in and arrested the three worst offenders. Fearing that members of the gang might attempt to free the three men arrested as they were being taken to the East Brighton goal, which was some distance from the station, the constables continued with them on the train to Cheltenham where they were incarcerated. On the Monday each man was taken before the magistrate at the Cheltenham Court and charged with two offences; using obscene language and engaging in insulting behaviour. On the first charge each of the offenders was fined £5 or alternatively was to serve six weeks imprisonment. On the charge of insulting behaviour one man was fined £2 with the alternative of one month imprisonment. A second man was fined £1 or 14 days imprisonment. In all three cases they were unable to pay the fines so they went to gaol. 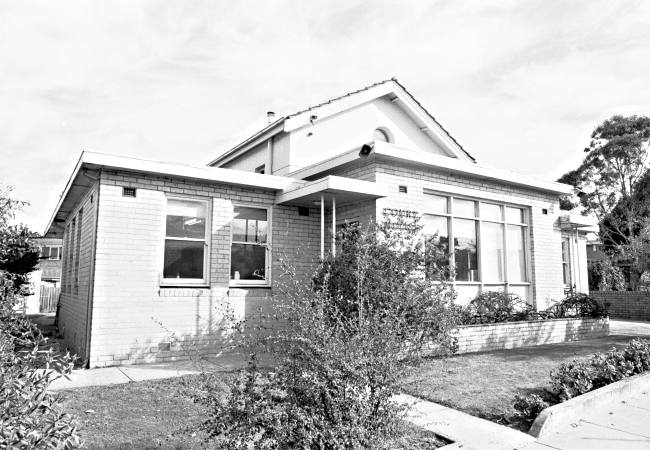 It was almost two years later when another case of unacceptable behaviour on a train from the city to Mordialloc was reported in a local paper. On this occasion the report was in the Moorabbin News, a paper that had only commenced publication a short time before. The name of the offender was not reported to avoid the shame that his family might feel because of his conduct, an action that is rarely replicated in the press today. The train, the 5.30 express to Caulfield, was packed with people because an earlier scheduled train had been deleted from the timetable. The offender was reported to have “floundering into a crowded compartment the worse for liquor and used language not fit for the lowest tap room.” He called himself an Englishman and asserted in language described as being fit only for the fish market of Billingsgate that colonials were no good. When he was asked to be quiet he became more abusive, took off his coat and challenged all and sundry to fight. Having no takers he renewed his abuse calling all the men present colonial cowards. At East Brighton (Bentleigh) the man’s behaviour was reported to the station master who telephoned the police. As a consequence Constable Canty met the train at Mentone, and the individual was arrested and confined in the local gaol. The next morning he was brought before a justice of the peace and fined £1 with the alternative of seven days imprisonment. The reporter commented that the punishment was well deserved and he hoped that it would act as a deterrent to others who forget themselves and used filthy and disgusting language in the presence of ladies and children. However he acknowledged that the problem, which frequently occurred in second class railway carriages, was one that was hard to solve.