In the 1920s the desire of some local men to serve as councillors in the infant municipality of Carrum was intense. Electoral campaigns sometimes engendered strong feelings and often harsh verbal attacks between opponents. Such was the case with the elections of 1922 and 1929.

Roy Beardsworth was actively involved in the campaign to gain the severance of the South Riding of the Borough of Dandenong in 1920 to form a new borough. Given his involvement, his expectations were that he would be successful in the first election of councillors for the new borough to be named Carrum. This did not happen. It was in the second round of elections in 1922 that Beardsworth first gained a seat at the council table. He gained a narrow majority of six votes over his opponent, the sitting member Cr James, Mayor of Chelsea, to give him victory; a victory that was achieved because of the support of absentee voters. [1] 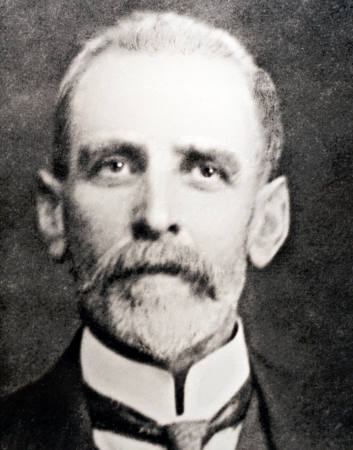 When Cr Bowman was elected by his colleagues as Mayor of the Borough of Carrum in 1927 Cr Roy Beardsworth along with others congratulated him. He said he believed Cr Bowman would make a very successful mayor. During the course of his comments he referred to opposition that was present against his own appointment to that position, a position to which he believed he was entitled as it was his turn, and also because of his extensive work as a councillor. Opponents claimed that because of his business failure he could not be supported. It was said that in winding up his business he had not revealed everything. Beardsworth responded that this was a lie. His had been an honest failure, he claimed, and one that could have happened to anyone. Despite this opposition to him becoming mayor, he said he would fight hard to retain his seat in the coming election, an occasion when individuals would be able to repeat their lying statements and be challenged. [2] However, he failed.

In the elections of 1928 an earlier opponent, James James, again stood against Roy Beardsworth but this time won, scoring a majority of 144 votes. [3] When the poll was declared, Beardsworth said he had given the municipality six years of the best that was in him and he would return again endeavouring to regain a seat at the council table.[4]

True to his word, in the following election in 1929 Beardsworth stood again but on this occasion his opponent in the Centre Ward was Cr Williams. In early statements Beardsworth indicated that he was standing as a Labor candidate because was a member of that party and believed in its principles. [5] However, he was aware that some people believed that party politics should not enter the municipal arena. Such people had nothing to fear, he said, as he had shown in his six years as a Labor councillor his work was neither unsuccessful nor unsound.

A local newspaper reported that the campaign was of short duration, strenuous and at times it waxed bitter. Williams was the victor gaining a majority of twenty votes. While Beardsworth gained a substantial majority of the local votes his opponent was much more successful than him with absentee voters, thus gaining the overall majority. At the conclusion of the poll Beardsworth thanked his loyal supporters in Chelsea and Edithvale and said he did not desire to dwell on the absentee
voters who had been misled by false and cruel statements. (This impact of absentee voters was a replication of the situation of 1922 when Beardswroth first gained a council seat against J. James due to support of absentee voters) The perpetrators of these statements were ‘neither sports nor truthful’, he said. [6] Later he added, that many voters in the suburbs had been told stories by people who handled the truth carelessly. They had been told he was insolvent and many other false stories that had been used to influence the course of the election. [7] 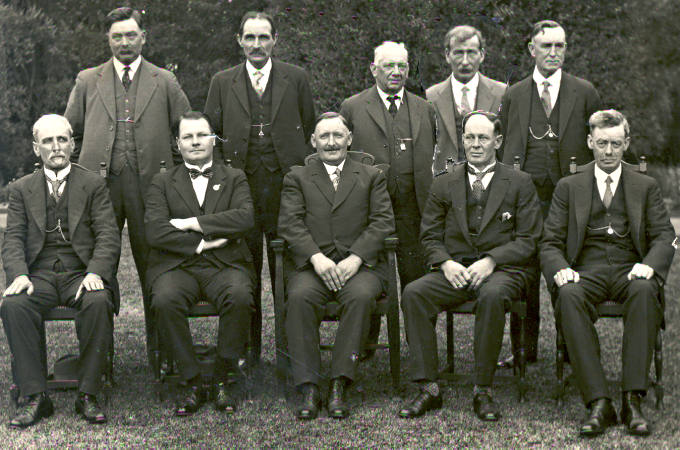 Shortly after the declaration of the 1929 election results, an announcement by Cr Dave Bowman caused a sensation. He announced his resignation from council. This was most unexpected in the community and left people wondering why it had occurred. No reasons were given. A few days after the announcement a letter from Cr Bowman was published in the City of Chelsea News stating that it had not been his intention to give any reason for his resignation but because incorrect rumours were circulating he felt obliged to change his position. He pointed to some irregularities over the supply of wood to the council by a fellow councillor. [8] He was unable to accept the explanation given by Cr Williams, the councillor concerned. Moreover, he was unhappy with his colleagues who accepted the excuse offered. Given the situation, he felt unable to continue to sit at the council table.

Almost immediately after Cr Bowman’s announcement, a public meeting of citizens was held in the Fox Theatre in Chelsea to select a replacement candidate for the extraordinary vacancy. After a few remarks from the chairman, Beardsworth spoke, indicating he was there as a citizen and a candidate for the vacancy. While a call was made for other candidates none came forward. Beardsworth was unanimously nominated amidst ‘deafening cheers’ to be their candidate by the 600 plus people present. A committee which was formed to support his campaign raised the questions ‘Why do the sitting councillors fight vigorously to keep Beardworth out? And why does this man upset them so much?’ [9]

An individual, who chose not to reveal his name, in a letter to the editor of the Chelsea News, reported a discussion with a councillor who he claimed told him that Mr Beardsworth was not a proper person to be on the council. He then went on to state boldly that ‘these public-spirited men, fearing the light of publicity, are now in secret conclave trying to induce someone to be the pawn in the game that is unworthy of any honour loving or freedom loving citizen.’ The Presiding Officer of the Chelsea Lodge of Friendly Society MUIOOF (Manchester Unity Independent Order of Oddfellows) wrote a letter to the editor of the same newspaper to correct an impression that the Lodge was making statements concerning council elections. He stated strongly that the Lodge was not in any way, either directly or indirectly, responsible for any such statements or rumours. [10]

Cr James, a previous opponent of Beardsworth, entered the debate acknowledging the meeting in the Fox Theatre with its ‘window dressing, stage management and showmanship was as near perfection as possible.’ However, he reminded his readers that councillors were not elected at public meetings but by the ratepayers at the ballot box on polling day. James went on to indicate he never attacked the personal character of an opponent but addressed his thoughts to that person’s actions as a councillor or statements made on municipal matters. He drew attention to what he described as Beardsworth’s policy of ‘high finance; lower valuations and rating coupled with increased expenditure,’ and suggested that a candidate who lacked the ‘financial brilliancy of Mr Beardsworth’ but who endeavoured to keep receipts and expenditure nearly in line would be preferred. [11]

Beardsworth responded to Cr James in a letter published the following week. He suggested Cr James was setting up a verbal smoke screen to hide the real issues and went on to describe his policy of ‘high finance’. Lower valuations would reduce rates and lower rates would encourage more settlement and more building, thereby maintaining revenue. ‘More residents, more rates, and more business and progress,’ was his catch-cry. Regarding the ‘spontaneous meeting of shocked citizens’ at the Fox Theatre, he said it came about when individuals became uneasy about the actions of the council. This arose, he claimed, referring to the resignation of Cr Bowman from council, ‘when the most honourable and most disinterested public man of them all felt compelled to resign a high public office as a protest.’ Furthermore, Beardsworth, recalling the false and misleading statements made about him, suggested that Cr James had won his victory in 1928 over ‘a disabled adversary’. For James, Beardsworth claimed, it was a ‘barren victory’

While acknowledging this ‘barren victory’ Beardsworth wondered why Cr James went on to take a leading role in his second defeat when he contested the election against Williams. James, he said, charged him with being egotistical but he saw himself as being very humble. Beardsworth pointed out that ‘if a man was a fool and his economics unsound they had nothing to fear from him, as such a man could never obtain a majority in the Council.’ [12]

Albert Roberts writing in the City of Chelsea News just prior to the extraordinary election in the Centre Ward called upon his fellow voters to support Beardsworth. ‘He has shared the pioneering toil that laid the foundations of every institution of public utility that we possess in the city and district; he cannot be bribed; he cannot be muzzled, the public interest, the public business, an open council and a fair go for everybody. Test him for the eleven months of the present office. If he fails the remedy is yours.’ 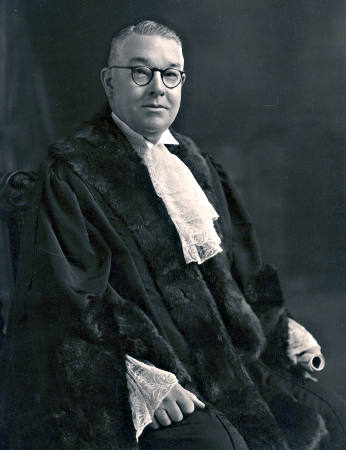 Beardsworth was successful in regaining a seat in council. He gained a clear majority of votes against his opponent H. A. Sill and went on to serve as a councillor until his death in 1939. He was elected Mayor of the City of Chelsea on two occasions by his colleagues; 1930/31 and 1938/39.