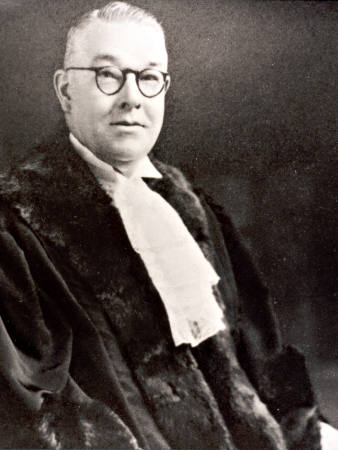 On a November day in 1939 a car travelling from Melbourne on the Ballarat Road was involved in a disaster. A tyre blew out and the car rolled. The driver, George Roy Acaster Beardsworth, was seriously injured and later died in a Melbourne hospital ending a life full of community service. It brought closure to a very active involvement over many years in the affairs of numerous clubs and societies in the City of Chelsea. For sixteen years of that time he was a councillor representing Centre Ward where he developed a reputation for speaking his mind and being a man of principle. He was an activist.

His parents, Ernest Beardsworth and Edith Rose Dean, were married in Queensland in 1885 and it was there that George or Roy, as he was later known, was born three years later. [1] His father arrived in Melbourne with his brother on 28 March 1877 after sailing from Plymouth, England on the Northumberland. They proceeded to Queensland where they became pioneers in the sugar industry. Ernest and his brother Selwyn were from a family of seven children, the majority of whom were born at Selling, a small village in Kent where their father was the local clergyman.

Roy moved with his parents to Western Australia in the 1890s but by 1906 they were living in Melbourne. [2] At the time of the 1914 Federal Election their residence was in Gipps Street, Abbotsford It was on 14 November of that same year that Roy married Elsie Elizabeth Hart at St Saviour’s Church of England at Collingwood. This association with the church remained a firm commitment for some years. He was licensed as a lay reader by the bishop, authorising him to conduct Morning and Evening prayers in local Anglican churches when a clergyman was not available.

It was in 1906 that Roy first visited Chelsea on a camping expedition. He brought with him a group of boys from St Saviour’s, known as the Nulla Nullas. [3] They camped on the corner of Station Street and Thames Promenade. When the boys crossed the railway line to buy their supplies they found ‘Mr Callahan and his nieces, the Grogan girls, the best of company.’ [4] Roy apparently was so pleased with the ambience of the place that he bought a block of land and became a regular weekender. It was after his marriage to Elsie in 1914 that he became a permanent resident, immediately taking an interest in local affairs.

If there was a fight to improve the services and facilities in the district Beardsworth was involved. Gaining a water supply, bettering railway services, connecting electricity to houses, constructing roads, and building a hospital and schools were all actions in which he took part. Roy Beardsworth was one of a small group of ratepayers who fought hard to achieve the severance of the South Riding from the Shire of Dandenong to form the Borough of Carrum. He was deeply committed to the Australian Labor Party serving as State President at one juncture, and stood unsuccessfully for parliament on four occasions, twice for the Legislative Assembly and twice for the Federal Parliament. On one of these latter two occurrences he battled against the Honourable Stanley Bruce in the staunchly conservative electorate of Flinders. At the local level he was three times president of the Chelsea Branch of the Australian Labor Party and in 1919 served as its secretary. Also locally, he served as assistant secretary and president of the Chelsea Progressive Association, the organisation that lobbied and fought for improvements in the district. [5]

When severance from the Shire of Dandenong was achieved and the Borough of Carrum formed Beardsworth saw himself as one of the foundation councillors. This did not happen. Nevertheless, he persevered in his desire to be a councillor and was elected in 1922 with a majority of six votes over his rival, J. James. [6] James had served as mayor of the shire prior to the election. James stood against Beardsworth in the 1928 elections but this time the tables were turned and James was the victor. Beardsworth’s response was to declare that he would stand again at the first opportunity. This he did. On this occasion his rival was a retiring ward councillor, E P Williams. Again Beardsworth failed. He believed his lack of success was due to lies and rumours that were spread about his less than successful business activities. It was only a short time after the conclusion of this election that Cr D Bowman, the former mayor of Chelsea, made the shock announcement of his resignation from council. [7] By his action a vacancy was created in the Centre Ward of the municipality to which Beardsworth immediately announced his candidature. [8] This time he was successful thus beginning ten consecutive years of service as a councillor. During this period he worked tirelessly to gain a high school for the district. This was achieved in 1924 and no doubt in recognition of his work he was given the honour of performing the official opening ceremony. [9] He had a vision of a civic complex built on the site of the municipal offices; a memorial hall, post office, police station and court house. This plan was not achieved in its entirety as a court house and post office were built in a side street on the beach side of Point Nepean Road. Years later some of this vision was realized.

In 1930/31 Beardsworth was elected Mayor of the City and at the conclusion of his term of office the council acknowledged that he had had a very difficult job because of the economic climate at the time, but nevertheless praised his significant contribution. It was agreed he had facilitated the efforts of the Chelsea Benevolent Society and worked hard to relieve the distress of many who were unemployed. Special mention was made of his lead in the formation of an auxiliary to the Victorian Civil Ambulance Service for the City. This proved to be a boon during a later outbreak of typhoid. [10] He was elected Mayor once again in 1938/39 when the economy was recovering from the depressing days of the early 30s , employment opportunities were growing and the outbreak of the Second World War was still to occur. This second term as mayor was rated as being even more successful than the first.

Beardsworth’s tasks as a councillor were carried alongside his normal employment. As a young man, and after his family arrived in Abbotsford, he joined MacRobertson’s confectionary manufacturers and remained there for fifteen years. For eight years he served as the employees’ representative on the Confectioners’ Wages Board. On leaving MacRobertson’s he took up the position of organiser with the Storemen and Packers’ Union and after some time there he joined the staff of the Carrum Borough Gazette where it was said he ‘had a flair for journalism and a facile pen.’ [11] In 1933 he became the secretary of the Hospital Employees’ Union at both the State and Federal levels, becoming well known in the Labor Movement. It was while undertaking a task for that union that he met his death.

Roy Beardsworth was travelling to a union meeting at Ararat with five companions when the car he was driving accidentally got out of control and overturned. About one mile east of Melton township, near the 23 mile post, one of the rear tyres of the car blew out, causing the motor car to roll over several times. Beardsworth was thrown out of the car on to the roadway receiving a fractured skull. A passing motorist took him to the Quamby Private Hospital at Bacchus Marsh where he remained for nine days being treated by a local doctor. At the end of that time he was transferred to St Vincent’s Hospital where an operation was performed. It was unsuccessful and Roy Beardsworth died on 26 November 1939.[12]

The announcement of his death was received with sadness by the Chelsea Council who organized a civic funeral, the first in its history. The day was stormy as the long cortege left his home in Blantyre Avenue for the Council Chambers where Beardsworth’s remains were received by the mayor in his robes of office, and in the presence of relatives and mourners. There were also parliamentarians, councillors from various municipalities, union representatives and representatives from the many organizations with which Beardsworth was associated.

At the conclusion of the service the hearse passed through ranks of children on its way to the Cheltenham Pioneer Cemetery. Children from St Joseph’s Catholic School, Chelsea State School and Edithvale State School lined the roadway. Near the Mordialloc Creek Bridge boys from Mordialloc Chelsea High School with their headmaster paid their respects. The bells at the Chelsea Fire Station and Aspendale Fire Station were tolled and the shops of Chelsea were closed to allow the staff to stand outside their premises as the cortege passed. 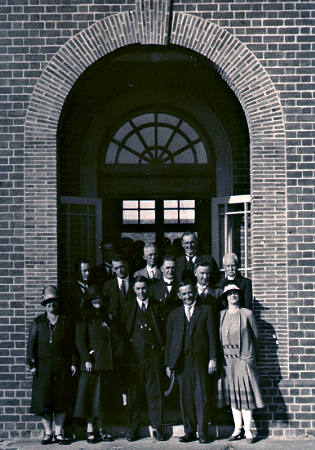 At the time of his death a report in the City of Chelsea News said ‘Roy Beardsworth was probably the most outstanding man in the municipal history of the district. A fearless fighter in the council chamber, it was a treat for pressmen, hardened in municipal arguments, to listen to the clear and concise way “Beardie” would state his case. He was always fair in debate, never abusive. There have been times at Chelsea when the meetings have been electrical. In most of these occasions he was the leader of some movement which he believed was right.’ [13]