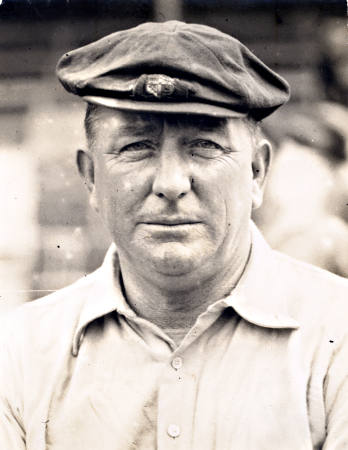 A bizarre cricket match took place on the Mentone Reserve on Thursday 2 February 1921. A giant of a man, both in reputation and physical size, competed against a group of young boys ranging in age from six to fifteen. Warwick Armstrong, the man involved, was Australia’s Test Cricket captain and seen by some to be the best all round cricketer Australia had ever produced up to that time, and perhaps beyond, yet he was prepared to play cricket with boys some of whom were barely taller than a cricket bat.

Warwick Armstrong, while visiting the home of John Fogarty in Naples Road Mentone received a challenge from two young boys to a game of cricket. He accepted and agreed to play them at a date to be fixed. This gave John Fogarty , the president of Victoria’s Wine and Spirits Association, and local resident, time to assemble a team to oppose this cricketing hero. Fifty boys ranging in age from six to fifteen from the recently established Mentone Boys’ Grammar School attended practice matches over a period of a fortnight and from that number eighteen were selected. [1]. Two boys were assigned to the Armstrong ‘team’; Bill Tootell was eight years old and his younger brother, Tom, six. [2]

On the day of the match at the Mentone Reserve there were five hundred present including parents of the boys, friends and admirers of Armstrong present. The teams assembled and Armstrong tossed his famous American dollar used successfully in three Test Matches. Billy Godby, the smallest boy in the team, was invited to call. A spectator in the crowd advised Billy to check the coin to see if it had two tails. Cautiously Billy did so, to the delight of the crowd, but he lost the call. Armstrong with his win invited the opposition to bat.

Armstrong did all the bowling, and commensurate with the nature of the opposition, he confined himself to slow breaks and googlies as fast or medium paced deliveries on a concrete and matting wicket had the potential to cause serious injury. With only his two small fielders for assistance his gentle bowling suffered. He gained sixteen wickets for one hundred and forty four runs. [3] 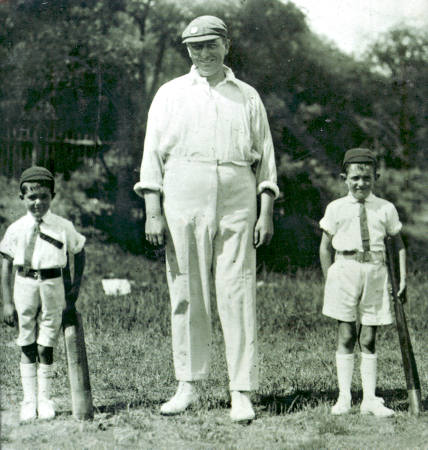 After the refreshment adjournment Armstrong sent in his two young supporters to face the bowling of Billy Godby. It was after the second ball which dismissed one of the Tootell boys that Armstrong walked to the wicket to the excitement of the crowd and a ‘hearty welcome’ by the fieldsmen. [4] A Herald reporter wrote that the crowd expected Armstrong would behave like a perfect gentlemen knocking up a brilliant 144 and then gallantly throwing away his stand to give Mentone a victory by one run. [5] This was not what happened.

Armstrong opened up cautiously driving balls through spaces not monopolised by the eighteen fieldsmen. His first score was a single followed by three smartly struck balls to the boundary. On a score of thirteen, to the excitement and joy of the cricketers and perhaps the disappointment of the spectators who wanted to see more of the great man in action, eleven year old Godby delivered a good length ball which caught Armstrong’s leg stump. On returning to the pavilion Armstrong explained he was going for a single at the end of the over but the ball was a good one and got him. ‘It’s a long time since any man bowled me for so small a score,’ he said. [6] Unstinting in his praise of Godby, Armstrong presented him with a ball as a souvenir, one that was used in a Test Match played at Nottingham. ‘Keep it boy, to remind you of the day you got me cheap.’ With the three runs scored by the Tootell boys the Armstrong team scored a total of 16 runs. [7] At the conclusion of the match the boys presented Armstrong with a pipe. On receiving the gift he said, ‘Thank you boys. I’ll never forget you, or the happy time we have had together today.’ His departure was accompanied by three cheers from the boys and the crowd. 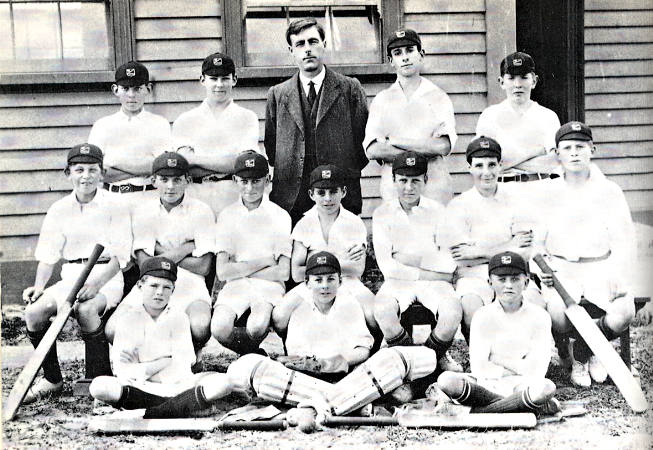 Prior to the match at Mentone Armstrong had been embroiled in a controversy with cricket administrators. He had been selected to captain the Victorian team against New South Wales in Sydney but he did not turn up for practice nor did he indicate he was unfit to play until just before the commencement of the match. The Victorian selectors were angry. When they came to select the Victorian eleven to play the visiting English he was excluded. No explanation was given. The Herald headline was W W ARMSTRONG HAS BEEN DROPPED. It was the next day, Thursday, that Armstrong went to Mentone to play a team of young boys. People thought the selectors would relent and allow Armstrong to lead the Victorians on the Friday. This did not happen. As a consequence attendance was down for the match, a situation explained by one Herald writer with the comment, ‘Without Armstrong the match was like a production of Hamlet without the Prince’.

Notice of a meeting to protest against the exclusion of Armstrong from the team was advertised. It was to be held outside the MCG on Saturday afternoon during the course of the cricket match. The VCA in an effort to frustrate the meeting ruled that there would be no pass-out checks issued. If individuals wished to leave the stands to attend the meeting they would have to pay another admission fee before resuming their places. Just before 3 o’clock there was a general evacuation of the members stand but less so from the outer where spectators would have to pay a second fee in contrast to the members. At the peak of the meeting there were approximately 8000 people present. Armstrong himself kept a low profile.

As a cricketer Armstrong was in his prime 1905 to 1909. In England in 1905 he made 2002 runs and took 130 wickets. In 1920-21 at the age of 41 he became the only Test captain to win all five matches in a series, and he also scored three centuries. As captain, Armstrong was immensely knowledgeable and a stern disciplinarian. As a bowler he specialized in ‘straight’ leg breaks, but his impeccable length and uncanny field placement earned vital wickets. Because of this, Ingham, writing in the Australian Dictionary of Biography, concluded that he was one of the greatest all rounders the game has known. [8]

Warwick Windridge Armstrong was born in Kyneton on 22 May 1879 to John Armstrong and Amelia Mary Flynn and married Aileen O’Donnell in 1913 at Woollahra, New South Wales. They lived in a top floor apartment in Majestic Mansions in St Kilda. At week-ends they would travel to their cottage at Carrum. It was much earlier, on April 26, 1912, that Armstrong purchased a large ti tree covered lot with a fifty foot frontage on an unmade government road. [9] There he built a sandstone cottage with the help of relations and friends. This house together with extensions remained in the Armstrong family for many years. [10] 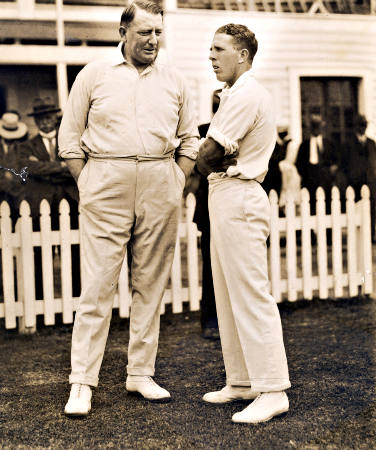 Haigh described Armstrong as a man with an extraordinary physical presence who fought cricket administrators, stormed out of meetings, refused to play at various times and maintained a defiant rebellious set of values in the face of increasing centralised control and bureaucratisation of Australian cricket. [11] He was a man who appeared not to care what people thought of him. Yet this was the same man who gave a group of young boys a thrill of a life time when he came to Mentone and played them cricket. He was a hero and no doubt the Mentone match remained a topic of conversation for the remainder of the boys’ lives.