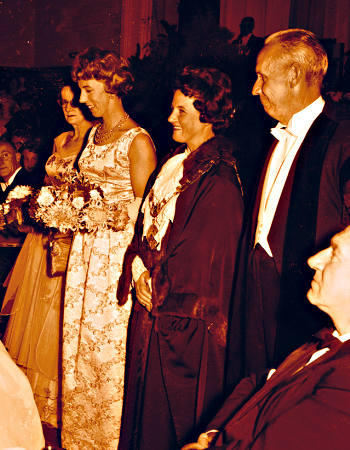 The public gallery of the Mordialloc Council Chamber was packed and scores of people were outside unable to get a place to hear the charges against the town clerk. May 14, 1962 was a significant night in the history of the municipality because it was on that night the town clerk, Jack Grut, was suspended from his duties on the vote of five councillors to four. The meeting at the time was in uproar. 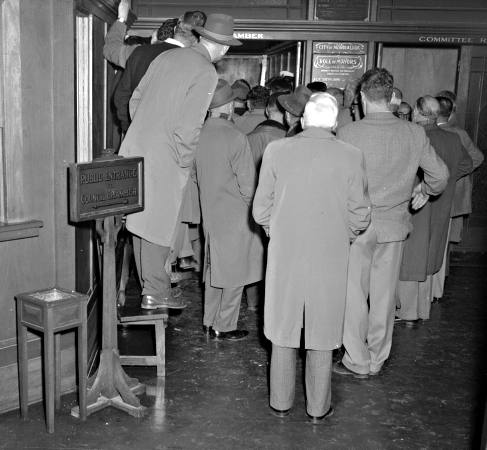 Public unable to get into the Council meeting, 1962. Courtesy Leader Collection.

Jack Grut had been employed by the council for over 30 years. First in 1925 as a nineteen year old young man working as assistant to the Town Clerk, Frank Jenkins, but prior to that he had assisted his father who was the valuer of the Borough of Mentone and Mordialloc. Qualifying as a town clerk he was appointed assistant town clerk in 1936 and thirteen years later, after war service, town clerk. His administration had come under criticism, on several occasions, but the complaints were usually dismissed. Cr Thomson, as mayor, said, “It is preposterous that a man who has served the municipality for 32 years should receive such criticism.” [1] 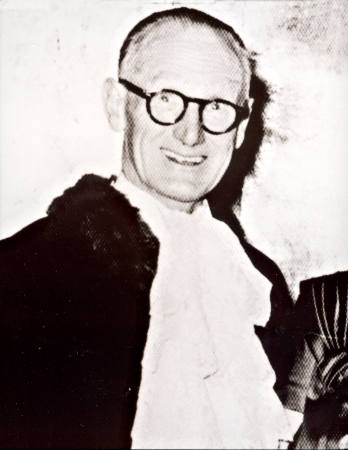 The situation in 1962 developed over several years when dissatisfaction grew over Grut’s management. Despite the support of council in 1956 Cr Shirley Burke and her ‘reforming’ colleagues were frustrated by what they saw as incompetent administration. Too many of their proposed improvements and initiatives in the municipality seemed to fade away or not reach fruition. This, at least in part, was attributed to the town clerk. Shirley Burke and some of her colleagues wanted to streamline council procedures so that more time could be devoted to major policy matters. Discussions of applications for street stalls and raffles stretching into the early hours of the morning were seen as inappropriate, particularly as councillors had to resume their normal occupations the next day. [2]

On the night of Grut’s suspension the mayor, Cr Shirley Burke, indicated her displeasure at the people in the gallery who she believed had been canvassed to be present. She said she was not impressed. Nevertheless, she proceeded with the steps to suspend the town clerk from his duties detailing the charges against him. According to the charges he had failed to [3]:

Several councillors spoke in favour of the suspension. Cr Spooner referred back to a report he wrote on council administration and recommendations and expressed his disappointment at the town clerk’s negative response. [4] The town clerk’s response confirmed Spooner’s opinion that Mr Grut was incapable of improving the unsatisfactory state of affairs that had existed for some time for he basically argued to maintain the status quo. Cr Shaw cited instances where he claimed the town clerk had knowingly given incorrect information or failed to take action which ultimately resulted in costing the council money. He acknowledged that Mr Grut was a sincere man but in his view the town clerk could not manage. He pointed to £4000 being wastefully used by being lent out at a reduced rate of interest and the failure of Mr Grut to see to the transfer of a land title to the council so that the land could be used for the building of a kindergarten. It was only through the investigations of several councillors that the existence of by-law 69 was revealed, a by-law that allowed the council to clean up accumulated rubbish and remove unpleasant eyesores in the municipality. Cr John Beesley said he had voted for the suspension of the town clerk because he lacked administrative ability and imagination. He based this criticism on Grut’s handling of minutes at council meetings and his handling of by-laws, finance and business at meetings. Cr Roy Ward cited several reasons why he supported the suspension of the town clerk. These included dissatisfaction with the financial administration of the council, failure to explain why projects were not completed even when money was available, and lack of adequate supervision of projects. [5] 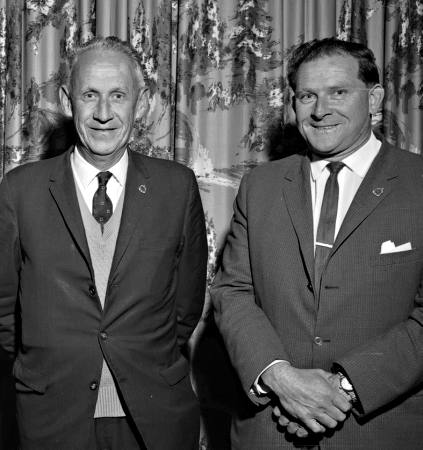 Other councillors rose to the defence of the town clerk. Cr Sambell reminded his colleagues that he had been in council for eighteen years and served as mayor on three separate occasions before making the observation that he had never had cause to doubt the town clerk. ‘I have never found him wanting.’ Cr McLean tabled a petition signed by 400 individuals protesting against the proposed suspension. Cr Arthur Burke said he was utterly ashamed at the action being taken against the town clerk and Cr Denyer joined him suggesting the move to suspend the town clerk was one of council’s most ridiculous actions in the five years he had been a councillor. ‘The town clerk has been in the employ of this municipality for 37 years and I think the action taken against him at the moment, in itself, is really wicked. He has been given no opportunity before council or before a full committee to answer any one of the allegations made against him. The accusations against him,’ continued Cr Denyer, ‘even if true were paltry. Any man who had served over thirty seven years he suggested would have made some mistakes.’ [6] 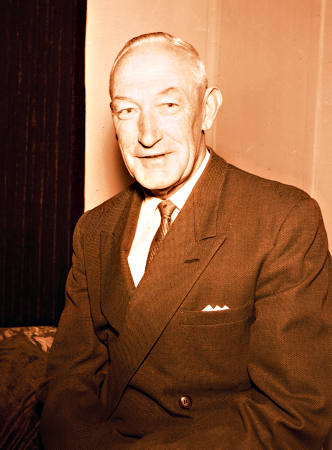 The Mayor, Cr Shirley Burke, in her concluding remarks said it was regrettable that a satisfactory solution could not be found and as a consequence she stressed the motion on suspension must be carried. She pointed to the instance when one of the candidates for election did not appear on the list, unreliable legal advice, inaccurate minutes and occasions where suggestions for improvement in administration were dismissed as pin-pricking. Cr Burke continued to suggest that Mr Grut was in breach of trust by revealing a copy of a confidential report to the press. (An allegation which Mr Grut quickly rose from his seat to deny).

At the conclusion of the debate the Mayor, Cr Shirley Burke, asked the town clerk if he wished to make a statement. Mr Grut declined. He informed the council that his legal advice was to say nothing at that stage. However, he made it clear that he would answer the charges in the ‘right and proper place.’ After the gallery responded with applause to this comment the mayor called for the vote on the motion that Mr Grut be suspended. The motion was carried on the basis of 5 votes to 4.

To the surprise of many Mr Grut arrived at the council chambers on the Friday following his suspension to undertake his duties as treasurer of the municipality. The fact that he had been appointed to the twin positions of town clerk and treasurer fourteen years earlier had escaped notice. Grut notified councillors that he was obliged to resume his duties as treasurer until relieved of the position. He also pointed out that as no council officer held a certificate of competency as town clerk he was available to assist where situations required it. [7] The mayor’s reaction to this new development which she described as “bad luck” was to seek either Mr Grut’s resignation from the position or to implement similar procedures to that undertaken in relation to the town clerk position. It was the latter course of action that was adopted. In the meantime Mr Grut who had been occupying a small room in the Weights and Measures office decided, with the mayor’s agreement, to take holidays.

At the next council meeting on May 28, 1962 Mayor, Cr Burke, proposed the removal of Mr Grut as treasurer, that an inquiry be held into such removal, and that the Minister of Local Government be asked to run the two enquires concurrently. The motions were carried five votes to four on the basis of the mayor’s casting vote as Cr Spooner was absent from the meeting. Cr Sambell saw it as a vindictive attack on Grut and challenged all councillors to resign and let the ratepayers decide who was right. This challenge was declined by the mayor who said ‘that time will come soon enough in August’.

In a letter to all councillors Mr J Grut, as was his right under the Local Government Act, applied to the council for an inquiry into his suspension as town clerk and treasurer. The Minister of Local Government, Mr M Porter, announced on June 19, 1962 that former Stipendiary Magistrate, Mr T W Hammond, would conduct the enquiry at a date to be agreed by both parties. [8]

The council offered the council chambers as the venue of the inquiry and this was accepted.