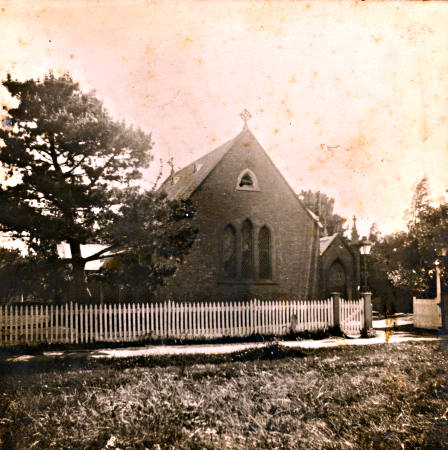 During the second half of the nineteenth century a serious problem arose in the Church of England in Victoria relating to the payment of ministers’ salaries. In the early days of the colony the government had contributed to church finance but by the 1860s opposition to government funds going to religion was growing. Finally, in 1870, after failing to get it through the upper house on several occasions, parliamentary secularists succeeded in having a bill denying ‘State aid’ to churches passed and made law. As a result, the Bishop of Melbourne wrote to all Anglican parishes in 1871 advising them that congregations must fully provide for ministers’ stipends.

The problem did not go away and some ministers were known to be struggling financially, their incomes pitifully low and uncertain. At Cheltenham the church committee was aware they would have to raise extra subscriptions to cover the deficiency in the stipend of their minister and as a consequence called a meeting of parishioners to explain the situation. As a result they were able to inform Mr Singleton, their vicar, they had been promised the necessary amount to cover his stipend. However, by June the quarterly payment of £22-10-0 to Singleton was overdue. In November 1873 he was paid £17-10-0 with the promise that he would receive the balance as soon as possible. By 11 January 1875 the church treasurer reported that there was a balance of £1-14-81/2 on the quarter ending 30 September and £25 for the quarter ending 31 December owing to Mr Singleton. By May of that year the committee was refusing to nominate a sum of money they would provide for the minister’s stipend but were determined to raise as much as possible. [1]

Thus it can be seen that during the early 1870s clergymen’s pay was a sensitive issue and it was in this context that the Brighton Southern Cross published a really strange ‘news item’ on 3 May 1874. It had the heading Inquest Extraordinary. Here is its full text:

An inquest, pro bono elerico, was holden before Dr Caudle the other day, upon the body of a person which had been found lying on the footpath of one of the roads contiguous to East Brighton. Before examining the witnesses the coroner and jury viewed the corpse, which appeared to be that of an elderly man; the clothing was unexceptionally neat and clean, although well worn, and evidently betokened that, when in life, its wearer had belonged to the clerical profession.

A sweet smile rested upon the features which although attenuated, bore indications that death had been welcomed, not as an enemy, but that as a friend. After proof had been given of the finding of the body, the evidence of the surgeon who made the post mortem was taken. He deposed that, upon opening the body, all the organs seemed healthy, there were no traces of food in the stomach, whilst the limbs showed unmistakeable symptoms of chronic emaciation; the doctor added that, in his opinion, death had been caused by exhaustion, through want of the common necessaries of life. The Revd Tobin Shayler identified the corpse as that of the Revd Billum Marryman, lately the Incumbent of Cheltenham-cum-Gipsy Village, and Curate of Brighton, and in a voice tremulous with emotion, stated that, in consequence of the Episcopalians in the district having withheld their contributions, the deceased had died from the effects of starvation, adding that his reverend brother had told a friend only a few days prior to the finding of his body, that during the whole of the current year, he had not received on farthing in the shape of stipend.

Dr Caudle, in summing up the evidence to the jury, said that without doubt the deceased had died from want of the common necessaries of life, and he deeply regretted that there was not law in force in the colony under which the Episcopalians at Gipsy village, Cheltenham, Brighton, East Brighton and Mordialloc, could be rendered amenable to punishment; so far as he could see, their conduct was most disgraceful, and they ought to be indicted for manslaughter. The jury unanimously returned a verdict of “Died from Starvation.”

Following this ‘news item’, and despite its dubious content, there were several letters to the editor of the paper. The first from Episcopalian of East Brighton made clear that the congregation of East Brighton were not in debt to the curate, as they had always paid their curates for the work they undertook. The second was from Moorabbin who also treated the matter seriously. He disputed the claim of Episcopalian, pointing out that the April quarterly payment had not been made. He suggested the smallness of the amount may have caused the friends at East Brighton to overlook it. Five pounds for thirteen weeks services—somewhere about the wages for a bricklayer’s labourer for a fortnight—could not be considered of any importance to a clergyman who had to provide them with two services on a Sunday, baptise and bury, besides visiting the sick and the healthy and travelling to and fro more than twenty miles a week to discharge these multifarious duties. [2]. Edward Wade, the third correspondent, who claimed to keep ‘the books’ for the parish of St John the Less in Little Brighton, confirmed the deceased Reverend was owed nothing and suggested the inquest was a great farce to make people put their hands a little deeper in their purses and pay beyond their means. [3] [4] In the following edition of the Brighton Southern Cross two correspondents expressed their views about the situation. A Poor Pilgrim Who Needs All The Help By The Way pointed out that the curate had officiated at Gipsy Village on no more than eight occasions in the previous two years and shortly before his death had warned some members of the congregation that the church would be closed if £20 was not raised annually for him. Poor Pilgrim thought that £20 was not bad pay in a situation where the curate visited the village four times a year, on the fifth Sunday of the month. Moreover, he wrote, some of us have laid in bed for weeks without ever being visited, and lived here for years without ever being asked if we had a soul to be saved, or if we attended any place of worship. [5] True to his nom de plume, A Caustic drew upon the parable of the Good Samaritan to present his view that professing Christians, particularly members of the Church of England, treat their ministers in a hard-hearted fashion and provide them with little financial reward. He urged them to relax their purse strings and make more liberal contributions to remove the stigma.

The Brighton Southern Cross ‘news item’ and the many responses to it in later editions provide us with a bizarre case, an attempt to use a sensation for the purpose of highlighting the poverty of Anglican ministers.

The Reverend William Singleton was the incumbent of the parochial district of Cheltenham serving the congregations of Cheltenham, Gipsy Village, East Brighton and Mordialloc at the time when this news item and letters were published. He had been appointed to that role by the Bishop of Melbourne in 1867 and remained there until his death in 1875. [6] There is no church record listing a Reverend Billum Marryman (the man alleged to have starved) as a minister at Cheltenham or as a member of the clergy in the Diocese of Melbourne. However, there are parish records at Cheltenham that detail the tardiness in the payment of William Singleton’s stipend and uncertainties in raising the money. 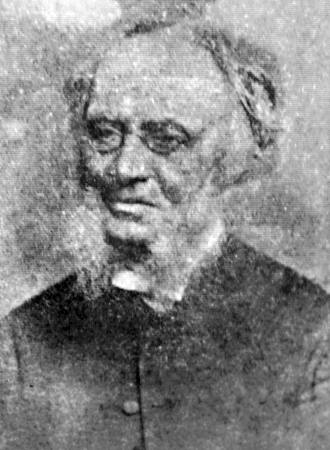 In the Church of England in the 1860s parish income was largely derived from ‘pew rents’, the practice of families paying for a seat in the church, allocated to them for their exclusive and personal use each Sunday. These subscriptions or rents formed a financial resource from which the minister’s stipend was paid quarterly. William Singleton wrote to the Cheltenham committee in April 1868 requesting information about the amount of money they intended to subscribe to his stipend. He needed information, he wrote, in order to allocate his services between the various churches in his care. [7]

It was on Sunday June 13, 1875, that the Rev William Singleton died at his home in Brighton from a heart attack while preparing for the services of the day [8]. At the time the church committee acknowledged that there was a sum of money owed to their late clergyman. Eight days after his death they called an extraordinary meeting of the congregation to consider how they might liquidate the arrears in the stipend. On 5 July 1875, fifty pounds was paid to Mrs Singleton to meet their obligations towards her late husband and she in turn offered to donate ornamental trees and shrubs to be planted in the church grounds. This offer was accepted. This latter act of generosity suggests there was no animosity towards the parish. [9]

The records of the Cheltenham church suggest the scurrilous news item and letters published in the BSC did stem from a failure of at least some of the churches under Mr Singleton’s care to meet their financial commitment to him at the appropriate time. The writers of the news item and the letters hid their identities by using noms de plume, possibly to avoid libel charges against them. No doubt their intentions were good in that they aimed to stir the congregations into action to meet their obligations. [10] At the time the lot of the clergyman was not an easy one.