Sport on Sundays: The Heated debate of the 1930s

Sunday sport of all varieties, often involving the main matches in major professional competitions, is taken for granted in our current world and this has applied for several decades. This is a situation that would have been unthinkable in earlier times. It took a couple of decades after World War 2 for the prohibitions on serious Sunday sport to be broken down. An important breakthrough came in April 1970 when Queen Elizabeth 2 was the royal guest at the first VFL game to be played on a Sunday, the reigning sovereign seeing Fitzroy upset the reigning premiers, Richmond, by beating them at the MCG in front of a large crowd. Back in the 1930s most organised sport on Sundays, certainly any major competition game, was out of the question. To understand the feelings of those days it is interesting to re-visit a public debate between two of Mentone’s leading figures of the time. 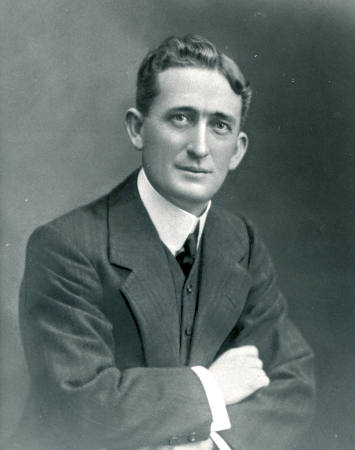 In 1931, Sam Davis, who ran the Glenworth Dance Palais and Café, located on Beach Road not far from the Naples Road intersection, had set up a mini-golf course at the back of his premises and he applied for permission to have patrons play on Sundays. Mordialloc Council refused the permit. There was a long series of debates in council over this because it came down to what could be defined as organised sport that contravened the rules concerning breaking the sanctity of the Sabbath. Cr Dave White, a staunch Protestant, and two other councillors moved to have council strengthen the ban on any Sunday sport taking place on council grounds, even simple running events at picnics in the beach park or elsewhere, as well as activities like social tennis. This move was defeated but there remained the need to get permits from council for any organised Sunday sport of a social nature and a tacit reluctance to allow it. The debate continued, however. People pointed out that simple picnic footraces could be disallowed, but golf games at Woodlands and other courses went ahead without question. There were other anomalies and a gradual growth in antagonism towards the general ban. However, there remained a conservative community view in 1931 and all councillors had to demonstrate their opposition to organised sport on Sundays, particularly on council-owned recreation areas. Hard-line opponents put the pressure on them by pointing to instances where outside organisations, like city business groups, had booked the Mentone or Parkdale ovals for Sunday picnics and allowed organised matches to take place. Some councillors denied this was happening, but they still had to support the issuing of stern warnings to the recreation reserve committees that leased the venues. Churches got involved. At St Nicholas’s Anglican Church in Mordialloc, and at Mentone’s St Augustine’s, there were ‘anti-Sunday-sport’ petitions circulated with the claim that Mordialloc’s Anglicans were unanimously opposed to it. At Mentone the vicar had been disappointed to find that prominent parishioners had not signed. The petitioners claimed to represent the ‘Christian conscience of the municipality’ and this raised the ire of Cr Brine who said he was just as much a Christian as those listed even though he had not signed. Others agreed with him and the argument went on. Cr Dave White, though opposed to Sunday sport, said he disagreed with the implication that only those who signed the petition had a Christian conscience. The statement was wrong and he resented it. 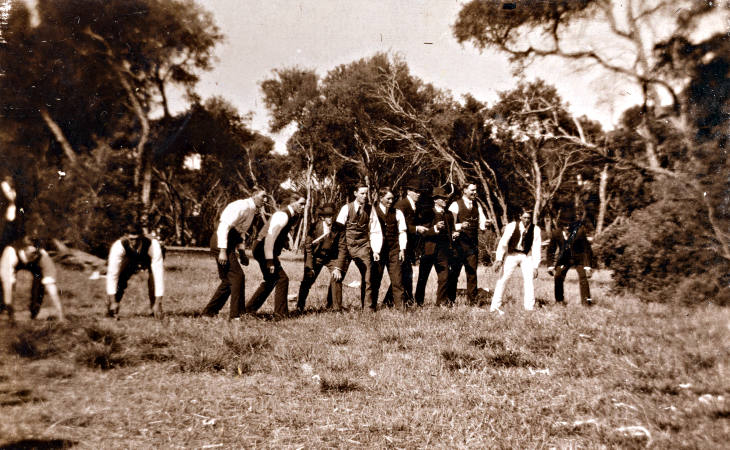 Men line up for a race at a picnic. Courtesy Helen Stanley.

Though the petitions were signed in several local churches there was no mention of any at the St Patrick’s Catholic Church in Mentone. The next episode in the drama demonstrated why. In November 1931 Father Adrian Martin, parish priest at St Patrick’s, wrote a long and provocative letter to the Standard News challenging those whose views about Sunday observance were very restrictive. Particularly, in a direct attack on the views of Cr Dave White, he used the local papers to explain his reasons for disagreement with the councillor. His line of argument was clear enough. He stated that Catholics fulfilled their Sunday obligation by going to Mass and taking part in this Sacrifice which was part of Christ’s legacy to his followers. They then indulged in innocent recreation including games and other activities that were not work but recreation. He went on to say that a day of idleness was injurious and disagreed with those religious people who forbade anything other than passive activities such as praying, reading and going for a walk. He pointed out that Jesus Christ had been criticised by the Scribes and Pharisees for healing the sick on the Sabbath Day and Jesus had rejected that criticism. So Father Martin sought to include the founder of the Christian faith on the side of those who were in favour of active recreation on Sunday. He did not convince his main opponent about this. 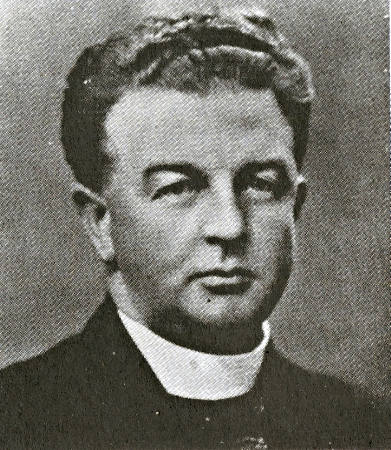 Councillor Dave White rose to the challenge in the following week’s local press, which printed his reply to Father Martin’s letter. Cr White quoted Old Testament Scripture to support his view that the whole of Sunday was a ‘day of rest’ and that an hour or so at church, as Father Martin had said was the Catholic observance, was not sufficient. Dave White went into a long definition of what ‘day’ meant. He argued that it meant the whole day, twenty-four hours of it, and Sunday needed to be kept holy for its entirety. The councillor quoted a Catholic bishop in support of his claim, the bishop having said that the sanctity of the Sabbath was being eroded by Sunday sport. The concept of a ‘day of rest’ was taken to exclude organised sport according to Cr White. The letter was long, and heavy with biblical quotations, putting the ball back in Father Martin’s court.

Father Martin’s reply the next week also went into great detail, quoting Scripture and other sources to refute the arguments in White’s letter opposing Sunday sport. The parish priest also pointed out that Catholics did not confine their religious practice to Sunday worship. He reminded his opponent that Catholic schools taught religion every day and promoted prayers and other religious practices as well. Catholics were in the habit of paying visits to their churches at all times, a fact that could be observed in the city where hundreds of people dropped into St Francis’ Church in Lonsdale Street each day. His point was that Catholics lived out their respect for the Lord seven days a week, not just on the Sabbath. Furthermore, the bishop Dave White had quoted did not condemn Sunday sport according to Martin. He was simply opposing a local practice in Bathurst, NSW, where teams were travelling many miles to other towns for games on Sundays and therefore their attendance at Mass was affected. Father Martin then added that he was supported in his views by up to 400 million Catholics in the world as well as other Christians who did not share the views of puritans represented by the Presbyterian Messenger, the magazine that Dave White had quoted.

The dispute continued in the next issue of the local paper where Dave White simply disagreed with Father Martin’s interpretation of the Bathurst bishop’s statements and also took him to task over the biblical references about the meaning of Sabbath observance. He even disagreed about whether Jesus Christ preached and taught on the Sabbath, saying there were no references to this in the works of the four evangelists. Christ simply read in the synagogue on the Sabbath according to the Scriptures, White said. Of course Father Martin came back with more rhetoric the following week. He became much more assertive about the correctness of the Catholic position and repeated the points he had already made about the Catholic schools teaching biblical history. He made a couple of sarcastic comments about ‘self-appointed custodians of the truth’, the only interpretation of which was that Dave White was one of them. Both the protagonists tried to adopt a position of unchallengeable authority with biblical support, and neither was prepared to concede that the other’s arguments might have weight. Father Martin was particularly aggressive and verged on being bombastic in his strong arguments that the Catholic Church’s position was irrefutable simply because of its nineteen centuries of teaching and its better appreciation of what Sabbath observance should mean. It is not clear what the general readers of the period thought of all this because no other letters appeared at that time, and, shortly before Christmas, Adrian Martin sought to close the debate by wishing Dave White the compliments of the season and reassuring him that he was still a friend, even though he was ‘not as well instructed as he had previously believed.’ What Dave White thought of this patronising remark is not recorded.

It is clear that Adrian Martin fancied himself as a debater because his final statement prior to the ‘Merry Christmas’ message informed everyone that he had never either agreed or disagreed with organised sport on Sundays. He was simply putting the Catholic position on Sabbath observance. That seemed to be a bit hard to believe considering the context of the dispute, and most people would have assumed from the arguments put by Martin that Catholics viewed Sunday games and organised sport more favourably than others did.

This episode highlights the religious sensitivity of the period before World War 2. At that time the strict Catholic and Protestant separateness was a fact of life and it often descended into bigotry and hatred. Neither side could claim to be blameless in these disputes and the Sunday observance arguments were simply part of a profound division. Today the issues that created this situation have largely disappeared, with Christian churches, and indeed non-Christian religions, being very co-operative with each other on many matters. As for Sunday observance, there are hardly any rules left. Nearly anything goes. The AFL has even debated the possibility of football games on Good Friday, something that would have been impossible to imagine by either Dave White or Adrian Martin in the 1930s.