Why Do Women Gossip? 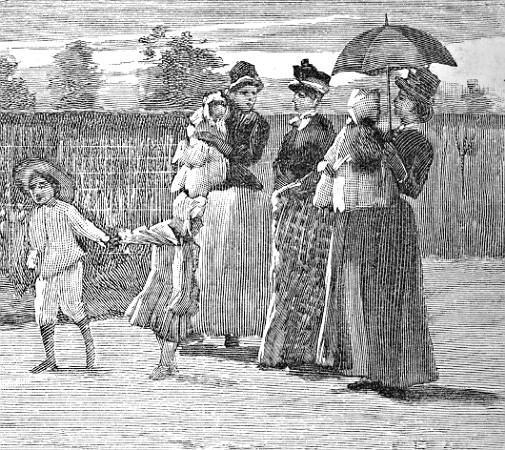 From time to time local newspapers would publish humorous pieces of advice to readers drawn from sources unnamed. The following contribution was published in the Moorabbin News, July 29, 1905

The feminine retort to the question, “Why do women love to gossip?” would probably be: “The men are as bad as the women.” This may be true in some instances, but it does not answer the query. It is likely enough that the majority of ladies might readily admit a fondness for gossip, but they might not be quite so ready with a reason for that fondness.

Yet if they took notice and analysed their feelings a little, a variety of reasons might easily be discovered which would explain a liking for gossip.

Probably women gossip chiefly because of the intense curiosity on domestic, social, and kindred topics. A woman’s interest is in the home, and a good wife never fails to realise this. She does not care a pin for politics, but she will chat about domestic joys and troubles by the hour.

Women like to gossip because they like news, especially local news. A woman’s favourite paper is usually the local paper. But there is plenty of news which is never printed, and which is only circulated privately – by gossip.

The secret of the charm which gossip holds for many women lies, of course, in the almost universal craving for social intercourse. Friendship and social intimacy are the chief things which make life worth living. Women, perhaps, do not really grasp this any more than men, but they act as though they did.

Men are generally more reserved than women. The ladies are less cautious than the opposite sex. They like to have plenty of friends, and to converse with them often. They can also, apparently, love men. The liking which some women exhibit for gossip is vague enough. In other instances it is more solid and methodical. Gossip is merely a charming pastime with some folk. With others it is a deliberate, profitable, yet withal pleasant business.

The wife of a certain successful private detective is said by her husband to be of great assistance to him in his work. The neighbourhood in which he lives is almost wholly ignorant of his profession, though it is chiefly practised in the district.

His wife is an inveterate but cute gossip. In conversation she knows how to relate a considerable amount of unimportant matter, while receiving valuable secrets in exchange. These secrets are speedily imparted to her husband, who often finds them handy in his detective work. Those for which he has no immediate use are recorded in books, kept for the purpose in case they may happen to be useful at any future time.