Ripples of Death on Life 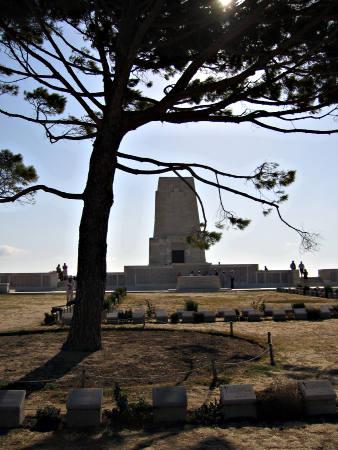 Australia lost nearly 60,000 men in the Great War of 1914‐18 which claimed millions of lives in an insane blood bath. Wars disrupt human relationships and not always in ways that reflect well on the integrity of the people involved. When soldiers die others at home must adjust and the consequences are often not always filled with generosity. Examples of two Chelsea soldiers who died in World War One are testament to this. One was Arthur Gordon Balderson and the other Joseph Tynan.

Arthur Balderson was born in Hawthorn and later his family lived in Argyle Avenue Chelsea. He named his occupation as farrier when he enlisted in August 1914 shortly after war was declared. He was twenty two years old. He was a driver with the Second Field Artillery Brigade, Ammunition Column, and later promoted to corporal because of his experience with horses. His death occurred at Gallipoli on 16 May 1915 and he was buried in the Beach Cemetery at the southern point of Anzac Cove. A few months earlier his older brother, John, had enlisted and joined the 5th group of reinforcements of the 7th Battalion. He too met his death at Gallipoli, being killed at Lone Pine in August 1915 only four weeks after his arrival on the peninsula. A headstone tablet was erected in the Johnstone's Jolly Cemetery at Anzac, but the actual location of the grave was unknown. In civilian life he was an iron moulder having served an apprenticeship at the Newport Work Shops.

On Arthur's Attestation Paper, completed on his enlistment in 1914, and signed by him, he named his next of kin as his sister, Mrs Head who lived in East Brunswick. Later, changes were made at different times to list other individuals; Mrs H Balderson, Argyle Ave, Chelsea; Mrs A V E M Balderson, Drummond Street, Carlton; and Mrs A V E M Thomson, Groom Street, North Fitzroy. These changes reflect correspondence between members of Arthur's family and government authorities.

In July 1915 B J Head was writing to the Defence Department, on behalf of his wife, enquiring about the status of his brother-in-law, Arthur Gordon Balderson. They had read of Arthur's death in the 55th Casualty List but had received no communication from the army. As his wife was named as next of kin they thought she would be advised of anything happening to him; he therefore asked if the situation could be confirmed. An officer at Base Records replied stating that Arthur had been killed in action at the Dardanelles and that his next of kin was shown to be Mrs A V E M Balderson (wife) although he acknowledged that Mrs B Head was originally named in that role. However, after Mrs Balderson produced her marriage certificate the record was altered. Mr Head immediately wrote a letter of protest. [2/8/1915] He objected to the alteration of Arthur Balderson's records in favour of Mrs A V E M Balderson, ‘his wife in name only’, and went on to explain other events in the life of the couple. Mr Head claimed that prior to enlistment Arthur Balderson had not maintained his wife for two years and eight months and had initiated divorce proceedings but these had been disrupted by the outbreak of war. According to Head, Arthur's wife was a ‘wanton‘ known to police who had been ordered from the parade grounds at Broadmeadows a few weeks before Arthur embarked for Egypt. However, he did agree that Arthur provided for the payment of a minimum allowance to her but he did this believing he would not have been allowed to proceed to the front with ‘old school mates’ without doing so.

Arthur's mother also wrote on two separate issues to the Defence Department. In one she asked for protection from a local Chelsea man. She described him as a strapping man of about twenty seven, ‘not too fond of work and certainly no man for his country’. He was harassing her, telling her she was getting her pension of fifteen shillings per week too easily. ‘I am in sorry trouble ‐ can you not help me?’ The Department's reply was that they could not help but she should refer the matter to the local police. The second letter, like the letters from her son-in-law, B Head, was about her son's relationship with his wife. In it she pointed out that Arthur was only eighteen years eleven days old at the time of his wedding to a woman she claimed was a ‘wayward person’. The marriage, she wrote, ‘broke my husband's heart.’

The whole matter was referred to the military police who reported the results of their inquiries in 1920. Arthur Balderson and Amy Couacaud had married on 15 April 1911 but about two years prior to his enlistment they had separated. On learning that Arthur had enlisted Amy resumed marital relations with him. As a consequence she received a pension and an allotment from him while he was alive, as well as his deferred pay. Mrs Head, as the person listed as next of kin, had received his personal belongings after his death. Amy produced telegrams and photographs in support of her renewed relationship claim which suggested to the Defence Department officer that the ‘next of kin’ statement was left unaltered as an oversight. Furthermore, he indicated that Mrs Amy Balderson was unknown to the police and he had been unable to find any confirmation of her mother-in-law’s innuendo. As a consequence Arthur's medals, the 1914/15 Star, the British War Medal and the Victory Medal were passed to his wife Amy. The claims of Arthur's mother and sister were dismissed much to the disappointment of both.

Joseph Tynan, the second Chelsea soldier who died, was born at Utenhage in Port Elizabeth in the Cape Province of South Africa but his married sister, Mary Brain, was living at Wimborne Avenue, Chelsea. He attended the Marist Brothers School in Johannesburg and came to Australia when he was twenty years old. After his enlistment in Melbourne in October 1914, at twenty four years of age, he joined the 15th Battalion 4th Infantry Brigade Reinforcements. On the Attestation Paper he was noted as the sole supporter of a widowed mother who lived in Johannesburg, South Africa. He also indicated he was unmarried. 1 He was killed in action on 18 May 1915. His body was not recovered.

In July 1915 Maria Anne Tynan, Arthur's mother, wrote from Johannesburg pleading for help. Although her son had indicated on enlistment that she was ‘next of kin’ she had received nothing from the government since he joined the army in October the previous year. (The practice was for a portion of soldiers) pay to be passed to the wives, children or widowed mothers where soldiers were sole supporters.) The next month she was writing to the Minister of Defence reminding him of her son's death and asking whether his government could see their way clear to give some ‘condonence’ (sic). She explained she was in her 64th year and unable to work, especially, she wrote, because in South Africa old age worked against a person in matters of employment. Two months were to pass before the Defence Department informed Mrs Tynan that the paymaster was unable to pay her money owing to her deceased son because documentation had not been received from Egypt. It was also revealed that her married daughter, Mary Brain, had forwarded £3 to her mother but was unable to send more as she needed money herself owing to ill health.

Good news was received in December 1915 when it was established that a payment of £17‐5‐3 was owed. In that same month Mrs Tynan, writing from South Africa, asked that all future correspondence be addressed to her daughter in Chelsea as she hoped to sail for Australia in January. She said there were several friends trying to help her. She reiterated the facts that she was getting old and only had her daughter in the ‘whole world’. It was also in this month that Mrs Tynan was informed by the Acting Commissioner of Pensions, Department of Treasury in Melbourne, that a pension of £2 per fortnight had been granted to her and backdated to 2 September 1915. So there was some joy after a prolonged series of letters but this, no doubt, did not compensate for the loss of a son. She arrived in Melbourne on the Orsova in November 1916 and died at Chelsea in 1935. 2

These are just two examples of ensuring problems when troops are killed. The family squabbles and difficulties were probably not what the soldiers would have desired if they could have foreseen their deaths.