A caller from Queensland asked for information about the Mission Circle Church in Mordialloc. This was just another question to which I had no answer. An approach to some members of the Kingston Ministers’ Fraternal, a group consisting of priests, ministers, pastors, rabbis, monks and imams, failed to produce any significant clues. The best that was offered was that it was probably a ‘fringe evangelical church.’

On returning the call to Queensland with a negative report a little more information was given. The caller was a researcher who tried to find the owners of unclaimed monies held in various financial institutions. When she was successful in matching money to owners she gained a substantial commission. Her call about the Circle Mission Church concerned tens of thousand dollars with the signatory of the account giving a Mordialloc address. She had been unsuccessful in finding the individual or the history of the Mordialloc church.

A few months elapsed when a casual comment by Margaret Jacobs of Chelsea & District Historical Society presented a new lead. Margaret spoke of an evangelical church group who sought permission in the 1940s to use their church hall for their services. Permission was granted. (although subsequently withdrawn) Margaret explained the leader of the new group was an Afro American named Father Divine. This new information led to an internet search on Father Divine which revealed his association with the Circle Mission Church. Mystery solved! 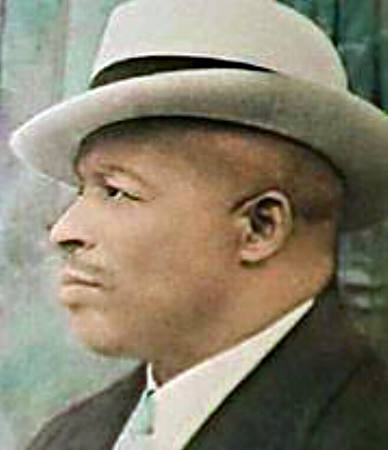 Father Divine in the 1930s was described as one of the most compelling attractions in Harlem, New York. Jay Blotcher wrote that the short African-American dressed in a tailored suit radiating charisma drew people to him because of the low-cost feasts provided at minimum cost at a time when the Great Depression had emptied most pockets. He was the head of a religious sect called the Peace Mission Movement, preaching a combination of Old and New Testament scriptures. While he was an engaging man he was also controversial. He preached a ‘Modesty Code’ that banned smoking, drinking, obscenity, and accepting bribes. He believed in faith healing over Western medicine – except in cases of emergency. The code also banned the mixing of the sexes, even husbands and wives were housed by gender on separate floors in buildings owned by the community. Those who failed to honour the code were cast out from Divine’s social experiment. However, he was a pacifist who worked hard to raise the image of the negro in society and recognized women as equal to men in the movement. 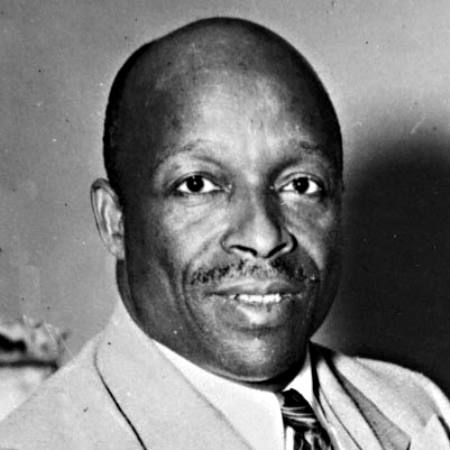 Followers were described as a ‘fervent lot’ often taking new names to reflect their spiritual rebirth such as Victory Dove and Sweet Love. It is said that they conducted their businesses quietly and honestly and even drew begrudging respect from neighbours. However, Father Divine was asking for perfection. He thought they concentrated too much on material things, about possessions, about money and about how you sell a product when they should be thinking about eternal things. Nevertheless, there was some inconsistency in his personal behaviour as he travelled around in a blue Rolls Royce. ‘He had a large entourage with secretaries organizing his appointments and scheduling his appearances while lawyers protected him from the many lawsuits that dogged him through his life and challenged his empire.’[1].

Margaret Diggerson, also of the Chelsea Historical Society, recalled the Circle Mission Church being in Chelsea when she was a young girl. She said they used to meet in the Tennis Pavilion Hall in Bath Street, Chelsea. She remembered seeing a set of drums being taken into the hall. ‘They used to sing their hymns of praise to the modern tunes, hit songs like “Dancing with the Strawberry Blonde.” We would be playing on the tennis court cheekily joining in and making fun of them.’ Margaret Diggerson said ‘there was an occasion when a young fellow climbed on to the toilet roof to throw stones on the hall roof to harass them but he fell off and broke his arm. It wasn’t the Chelsea community causing trouble, it was just some children. We used to stand around and gawk when the Salvation Army band played in the Chelsea streets but we never interrupted or annoyed them. Why the Circle Mission Church was singled out I don’t know. Nevertheless, despite these distractions the Circle Mission Church seemed to flourish for a while. This was before World War II in the 30s.’ 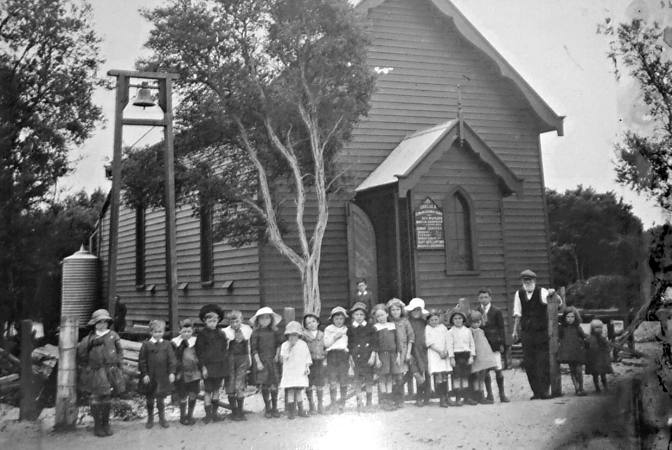 Margaret Jacobs recalls, ‘One lady who was a regular attendee at the Congregational Church left with her daughter to go to the Father Divine Church. There was also speculation about a lady who was the wife of a local businessman who had a shop in the main street. She had a disfiguring mark on the side of her face and she vowed and declared she had a vision of Father Divine one night and when she woke up the mark had gone. The followers hailed it as a miracle. .

‘In the early 40s they had to leave the tennis hall which was let-out to several groups. I don’t know why they left but it was at that time they requested the use of our Sunday school hall. The request was taken to the church congregation and they agreed. The Mission Circle Church used it for a short time until our minister got a shock when he heard Father Divine being called God. Don’t know when they went. I can’t remember them in Chelsea after that.

Father Divine, had flourishing communities on the west coast of the United States of America as well as in Europe, New Zealand and Australia, although he never visited them. At the time of his death in 1965 the movement was almost just a memory. While some of his followers called him God he didn’t claim it to be so. After the death of his first wife, known as Mother Divine, he married a Canadian Caucasian whom he described as the reincarnation of the Virgin Mary. This marriage disappointed many adherents and caused them to leave the movement.

What happened to the Circle Mission Church in Chelsea and its members is unknown. In addition, it is unclear what attracted individuals here in Kingston to be come followers of an Afro-American man in what was primarily an American Negro movement in the USA. Perhaps it was the message of peace after the bitter experiences of the Great War or the music and songs that formed their religious observants. What we do know is that several decades ago a large sum of money lodged in the name of the Circle Mission Church with an Australian financial institution remains unclaimed. 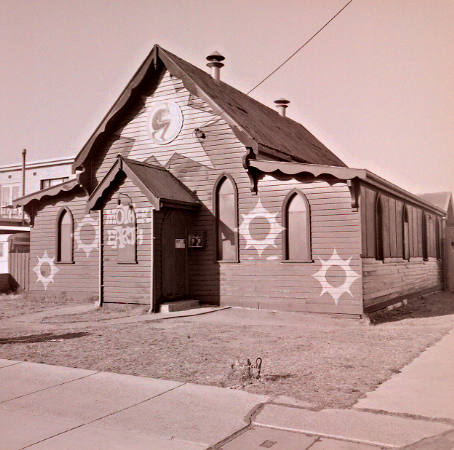 ‘Mother Earth’, formerly the Congregational Church in Chelsea, given to young people for a meeting place or coffee shop. Pulled down in 1973. Courtesy Leader Collection.