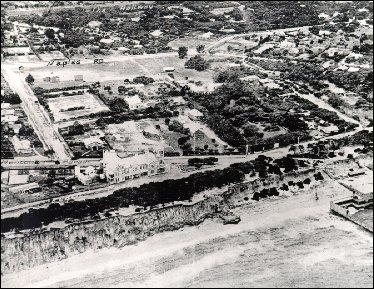 Mentone was designed by its founders in the 1880’s to be a place where people of some social standing would live. In its first years Mentone had citizens such as M.H.Davies, at one time Speaker of the Victorian Parliament, his brother J.B.Davies, a principal in land companies, C.J.Potts, a solicitor, Percy Dobson, C.H.James, C.J.Hearle, J.Moodie and other professional men who commuted to Melbourne by train each day. These wealthy people and others who followed them were keen to have their children well educated.

The primary school, opened in 1889, was a result of their lobbying in government circles. Over the next fifteen years three secondary colleges opened in Mentone and the success of these schools showed that there was a class of people in the district prepared to pay for education beyond primary level. 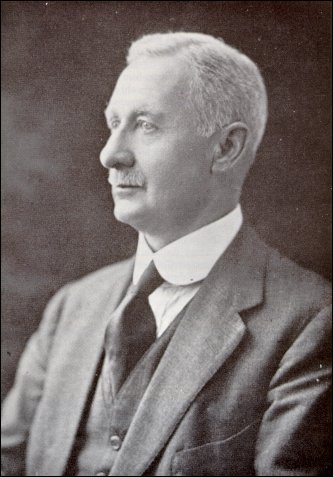 Thomas McCristal who had run a private grammar school in Benalla purchased the property of the bankrupt J.B Davies, the land boomer, and established his school on the present site of St. Bede’s in 1896. McCristal was a devout Catholic and his school was looked on with favour by the Catholic clergy, but it was not officially part of the church system and many of its pupils were not Catholics. McCristal was a tolerant man who despised bigotry and he received generous praise for his training of youth from people of various religious backgrounds. He was an Old Xaverian, trained in the Classics, and he tried to make Mentone College a place where culture would be learned and respected. He was proud of the Old Boys who went into the professions such as medicine, law and accountancy. His school attracted the sons of local business and professional people, like Clifford Scantlebury the doctor’s son who was dux in 1908. There were also the Gavan Duffy brothers, sons of a Melbourne legal family, and duces in 1911 and 1915.

McCristal and his wife, Mary, had up to 50 or so boarding students, mostly from country Victoria and the Riverina. There were also the sons of foreign diplomats who were entrusted to their care, and some sons of families who ran city businesses such as restaurants where parents considered the family life was not conducive to study.

Tom McCristal played cricket for Mentone with great success for several years on each side of 1900. He often played alongside some of his students. On one occasion McCristal and a boy called Cowell put on two hundred to turn a game against South St. Kilda. McCristal’s share was 92 while his student made a century. He used the game of cricket with its emphasis on fair play and honesty as a way of educating boys for life. In 1903 his school eleven won the premiership in the Victorian Schools Association Competition and he proudly spoke of this feat at ensuing speech days.

In 1901 he built timber classrooms near Palermo Street and these served the college for twenty years while the old Davies house was the boarding section. There was ample space between the two for sport and games to be played. The college even had its own small farm for provisions.

McCristal advertised his school as providing the benefits of Mentone’s healthy seaside climate and the boarders went for a daily swim, before breakfast in the warmer months. They also went on long walks across the surrounding countryside or seashores each Sunday. The college lasted from 1896 until 1920 when its founder sold out because he and his wife were reaching an age where having to act as mentors to many boys on a twenty-four hour a day basis was becoming burdensome.

McCristal received much praise for his work as an educator of the finest character. Many of his ex-students referred to him as being the finest gentleman they had met and a great influence over their lives. McCristal moved to Sydney and enjoyed a long retirement during which he often received visits from his old students. He died in 1945, a year or so after his wife. His classroom block was sold to the founders of Mentone Grammar who moved it to their property, first in Warrigal Road, and later near the oval in the present Venice Street school. Most of the old McCristal estate was sold off after 1920 with the old Davies section being bought by the Columban Missionary priests. They rented it to Mentone Girls’ Grammar from 1923 until 1937 when it was bought by the De La Salle Brothers who set up St. Bede’s the next year.