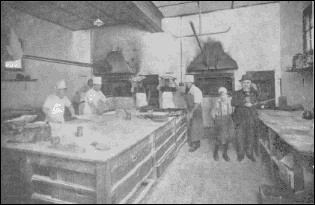 The bakery in Old Bakery Lane at the back of and parallel to Mentone Parade was one of several bakeries in Mentone in the 1920’s but its history goes back much further.

Ownership changed over the years but in the 20’s it was a successful business delivering bread to customers as far away as Dingley and Beaumaris. Associated with the bakery was a shop that faced on to Mentone Parade where buns and pastries, in addition to bread, were sold.