Flooding was an ongoing problem for many of the early European settlers on the Carrum Swamp. Often, after severe storms, they witnessed their crops being ruined and wash away by water streaming from the Dandenong hills on its way to the bay. Occasionally this water was met by high tides which prevented the water escaping, causing it to spread across the cultivated paddocks. Ultimately action had to be taken to prevent flooding and to assist the draining of the land. Channels were constructed and cuttings made to provide clearer paths to the bay. (Patterson’s Cutting was created in 1879 and later became known as Patterson River.) Besides these man made-drains two major natural drainage sources were the Mordialloc and Kananook creeks. In addition, there were some small streams or small creeks that generally only flowed after heavy rains. Known as blind creeks, one such stream joined the Mordialloc Creek behind the Bridge Hotel.

It was in 1889 that a petition from Mordialloc residents and visitors was presented to the Central Board of Health complaining about the filthy condition of the Blind Creek. They described it as a disgraceful affair and urged that the attention of local authorities be drawn to the matter. The Dandenong Shire Council explained they were waiting for the Public Works Department to have the creek bed filled in. [1]

William Coleman built the Bridge Hotel and after his death in August 1878 it was managed by the trustees of his estate. [2] It was the trustees who signified eleven years later that it was their intention to fill up the blind creek near the hotel following a request from the council [3] but they subsequently proposed an alternative approach. The plan was to erect flood gates at either end of their section of the Blind Creek and fill it with water. Every few days a gate would be opened during low tide to allow the stagnant water to escape and be replaced with other water at high tide. The council wrote to the trustees urging them to hurry up in solving the nuisance. [4]

The Mordialloc Improvement Committee asked the council for assistance in filling up the Blind Creek as they saw it as being dangerous to public health and a nuisance to visitors and residents. Cr Hugh Brown, whose land was on the south bank of the Mordialloc Creek and who had a vested interest in seeing the problem of the Blind Creek solved, spoke at great length at a council meeting on the horrors of the situation. The reporter of the local newspaper noted that ‘as a matter of courtesy his hearers had to retain their seats but despite their efforts several heads reclined on breasts, and the owners possibly dreamt of lands without creeks or orators.’[5] Brown went on to move that tenders be called for filling in that portion on the public road under the Council’s control. Three years later Cr Brown was again active in Council gathering support for an approach to government to ask that they arranging the filling of the Blind Creek.

The condition of the Blind Creek was again in the news in 1900 when a reporter in the Moorabbin News attacked the Dandenong Council for inaction in attending to the problem. In his view the proprietor of the hotel had done his part by ensuring that all drainage from his premises was conveyed directly to the main creek. The reporter noted that since the drainage on the Carrum Swamp had been improved no water was flowing through the Blind Creek, but the back wash from the tides deposited debris and decaying matter there creating an unsanitary appearance. He claimed visitors were leaving Mordialloc with the impression the place was unhealthy. [6]

Hugh Brown and seven other rate payers wrote to the Dandenong Shire Council in September 1910 protesting against the removal of the Blind Creek bridge which crossed Point Nepean Road, near Mordialloc. This was after a time when the area experienced flooding. (In 1904 the Argus reported that the banks of the Mordialloc Creek and the Patterson River had broken leaving a ‘track’ of water seven miles wide and nine miles long, reaching to a half mile of Frankston.) Cr Groves defended the proposed council action stating that no sane person could object to having the creek filled up. Moreover, there was no chance of flood waters getting away if the quagmire at the rear of the Bridge Hotel was allowed to remain. He was supporting the provision of a pipe to carry away the water. Brown protested saying a pipe would drive the water to the other end of the creek and his property would be flooded. He wanted to protect his property and that of his sons. He knew there was always danger of floods and a pipe would not suffice. Cr Heywood pointed out that since the big floods the Mordialloc Creek had been widened and deepened, thus mitigating the danger. While Hugh Brown scoffed they were ‘all astray’, the council decided to hold their decision until a subsequent meeting. [7] 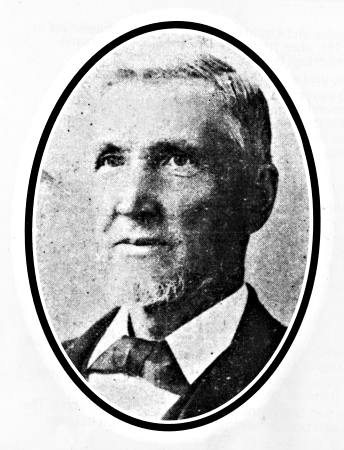 Under direction of the council the Mordialloc Creek was widened to 40 feet from the road bridge to the sea and the mouth of the Blind Creek was below the level of low tide. Given this situation and the passage of time the Carrum irrigation engineer thought the Blind Creek would fill up. An inspection at the back of the Bridge Hotel showed the creek was already in that state. Nevertheless, a quick inspection by three councillors accompanied by the shire engineer of the plague spot some months later found them issuing instructions that the necessary steps be taken at once to make the place sanitary. [8]

At the beginning of 1912 a report in the South Bourke and Mornington Journal was able to record that ‘the noisome Blind Creek was a thing of the past, it having been filled in. A well built concrete drain now takes its place and residents gladly welcome the change from the old pestiferous channel.’ [9]